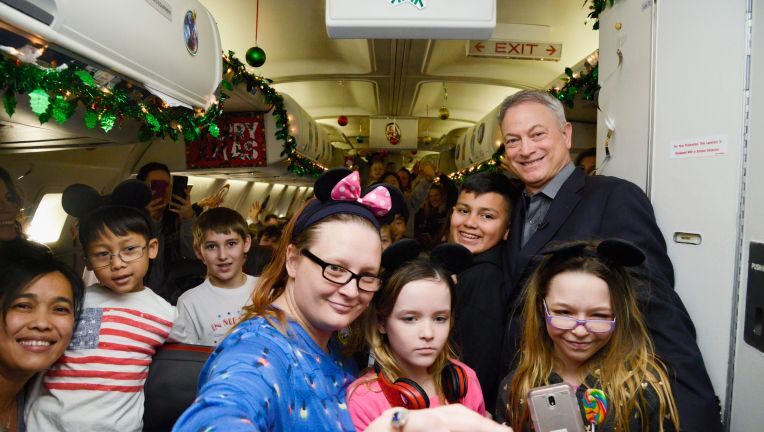 This is an amazing story….. thanks WESH news Orlando for the details! Also, Gary Sinise is the narrator this weekend at Epcot’s Candlelight Processional! 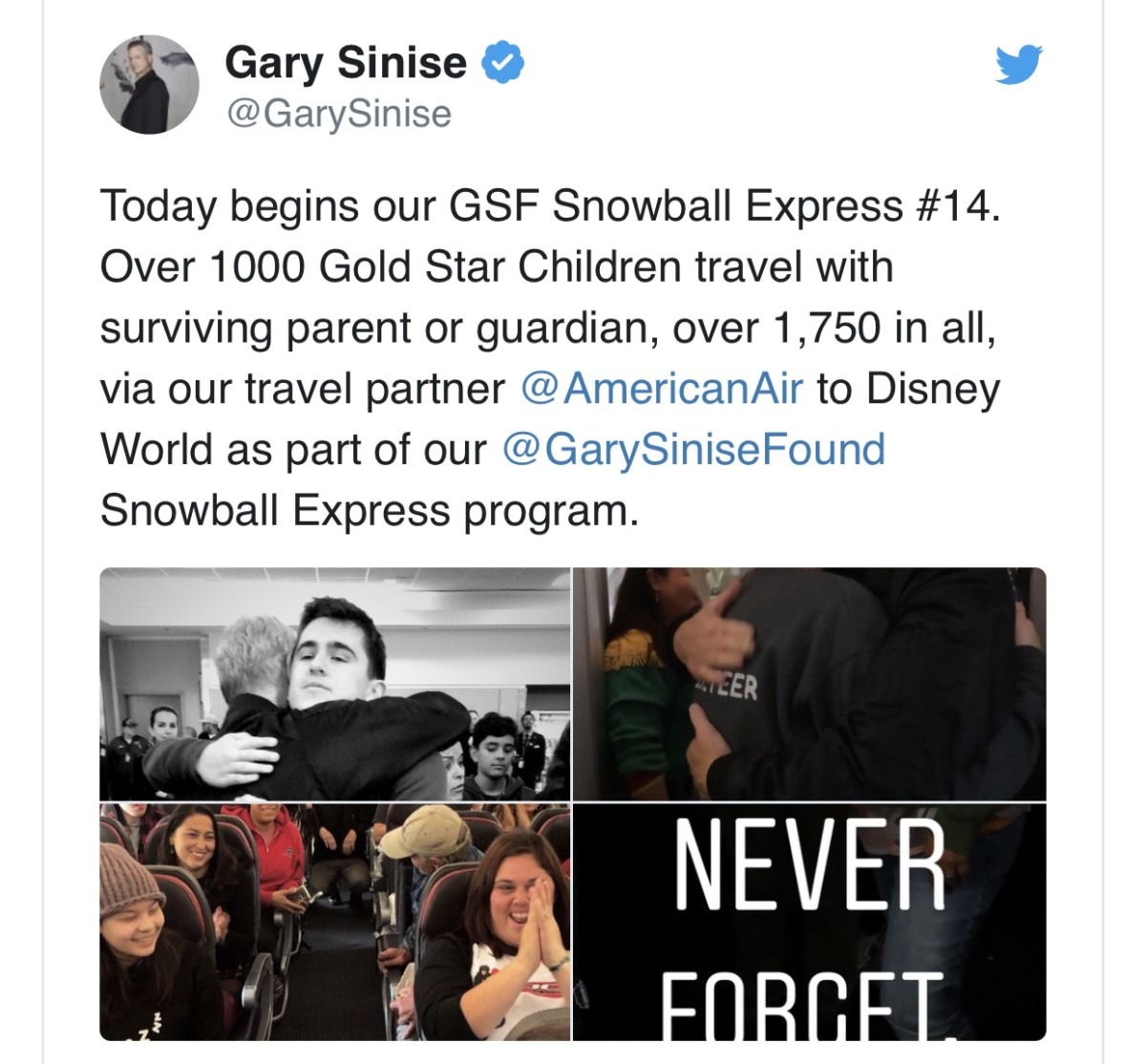 Thousands of family members of fallen military servicemen and women were flown to Orlando to spend five days at Walt Disney World Resort.

The trip, organized by the Gary Sinise Foundation, brings together families for a special experience each year, part of the organization’s year-round support.

The so-called Snowball Express event is the result of a collaboration between the foundation and American Airlines.

Snowball Express began in 2006, with a letter written by a fallen soldier to his wife, only to be opened should he die in battle. While the letter expressed many things, one wish was that they visit Disneyland. From that letter, Snowball Express was created to bring together the children and surviving spouses of fallen U.S. military heroes for a healing retreat.

Sinise, the Hollywood star and actor who played the iconic Lt. Dan role in “Forrest Gump,” said the trip involved 1,000 Gold Star children and their surviving parents or guardians, more than 1,750 people altogether. 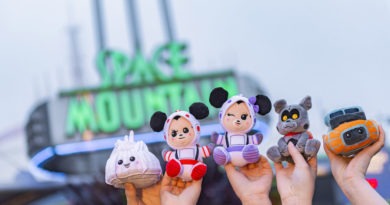 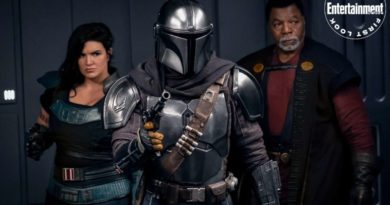