From the Disney Parks Blog and written by: Donna Fisk

Today, the Oregon Ducks and the Wisconsin Badgers made their first stop on the way to the 2020 Rose Bowl Game presented by Northwestern Mutual in Pasadena, Calif. with a special visit to the Disneyland Resort!

The teams will face off in the 106th Rose Bowl Game on New Year’s Day. Oregon finished the regular season with an 11-2 record and claimed the Pac 12 Conference title, while Wisconsin won the Big Ten West, with a 10-3 record.

Ignite the Night – Tonight! The Nighttime Spectaculars are Back at the Disneyland Resort 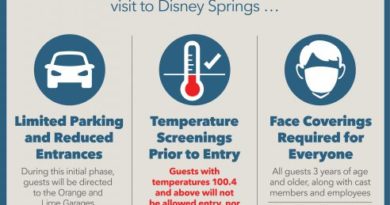 Welcome Back! Here’s What You Need to Know About the Phased Reopening of Disney Springs at Walt Disney World Resort