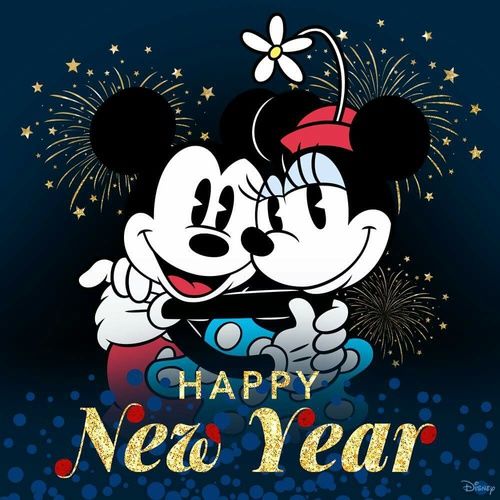 Well, 2019 is just about done! Can you believe how fast the year flew by? I certainly can’t! I know some of you are planning to go to a Disney destination tomorrow on the last day of the year, and I thought it would be fun to get tips for New Year’s Eve from some of our readers.

I did a poll in our private Facebook group, TMSM Fan Nation, and asked our members to give us some of their best New Year’s Eve ideas for Disney goers! Here’s what they had to say!

Elena Sroka ~ Go in with the expectation of possibly not being able to do much! Main Street starts to fill up fast with “campers” so be prepared! Also get to the parks super early as they do have phase closures! But most of all…your at Disney so have fun!

Jennifer Herron Smith ~ Have a dining reservation for the afternoon if you don’t think you will get there early. Be prepared for a lot of standing and not doing much if you want a spot in front the castle for fireworks. We did it 2 years ago and there’s really nothing like the fireworks in person on NYE at Magic Kingdom.

Jamie Loesch ~ Go to Epcot. It feels less crowded and you don’t have to find a spot for fireworks as early as MK. It also rarely closes to capacity whereas MK will start filling up before noon.

Diane Miller ~ If you are in a monorail hotel and have a Magic Kingdom view, the fireworks are incredible from there as well.

Theresa Vester ~ We stay at Pop every year. I usually split my time between the DJ Elliot party and the festivities at the resort. You can see all 3 fireworks displays from the pool.

Leigh Ann Lambert ~ My husband had to work NYE so I’d head to the Park with friends. We start the day off in Disneyland. Around 5pm head to Storyteller’s for a wonderfully relaxing buffet dinner plus a “flashy” drink. Then into DCA. I’d track down my son, who at the time was a manager in that park, and find out where he’d be positioned at MN. ( his role with Disney now takes him to all the Parks around the World). At midnight face Disneyland and enjoy the fireworks, give my son a big hug and kiss. Call hubby and tell him how much I love him (I now look to heaven to do that part).

Chuck Guth ~ Never have done Disney on NYE. Now being local we wanted to do something Disney but afraid of crowds. We decided on The Edison at Disney Springs.

Arielle Nelson ~ I did it at Disneyland years ago (10 years ago this year actually) it was insane, we were at capacity and we were packed in like sardines. But it didn’t bother me much. The weather was perfect, we did lots of relaxing rather than rides, and the fireworks were amazing! One of our favorite bands were playing in Tomorrowland terrace so we danced a lot. It was so much fun I will never forget it. If you don’t mind on not going on any rides, or very few and just enjoy being the parks and don’t mind crowds, I think it’s something everyone should try to do at least once!

Kelly Murphy Perron ~ We went for Christmas/New Year in 2009/10. We went to EPCOT for NYE. At that point I did not know what to expect. The show started with countries in order of having already celebrated the new year, then as it hit midnight Canada and the American pavilions lit up with the most amazing fireworks I had ever seen. I cried and to this day get teared up when I remember. The crowds were crazy. But I would do it again in a heartbeat.

Regardless of where you go or what you do, we wish you all a safe and magical New Year’s Eve! My family and I will be at the Magic Kingdom (hopefully) so watch for coverage on our Facebook and Instagram pages! Thank you to all who contributed to this article, we appreciate it! Happy New Year! ~M

Join our Facebook group at https://www.facebook.com/groups/TmsmFanNation/.  All are welcome!