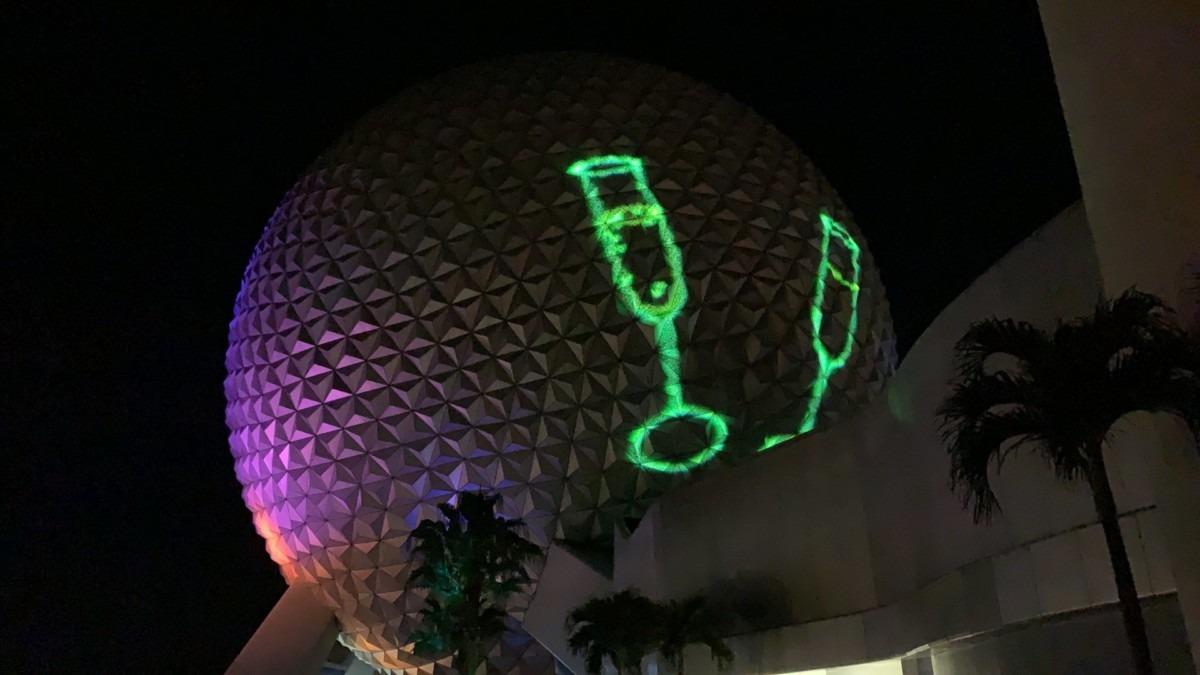 When it comes to making plans for New Year’s Eve, the choices are pretty decent when Disney is involved. Last year we braved the Magic Kingdom to ring in the new year. It was crazy but fun. This time around, friends of ours were in town and invited us to go to Epcot with them for New Year’s Eve. We had never done that before, so we were eager to check things out. Some say folks are crazy to go to a Disney Park for the year end festivities, but truly it wasn’t that bad! 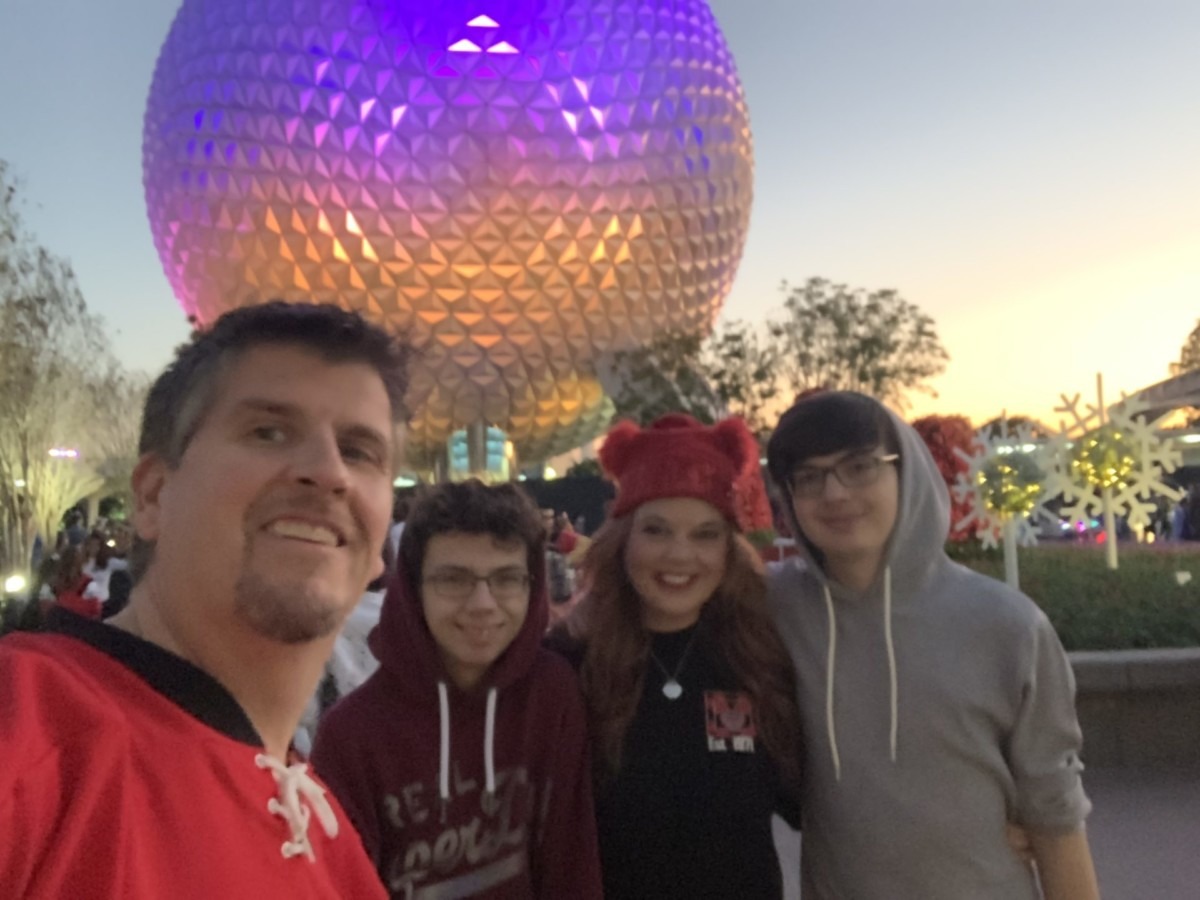 Epcot had fireworks twice last night, once at 6:30 and another closer to midnight of course. The fireworks at midnight were beautiful. Around World Showcase there were dance parties in various locations. Italy had a techno dance party, China had a dance party with pyrotechnics, plus there were stages set up in Future World for music. When we got there we ran into our friend DJ Elliot, who was hosting the Silent Groove party. Basically, you have to have headphones on to hear the music. He had us come back to check it out, pretty interesting for sure! (Videos below) 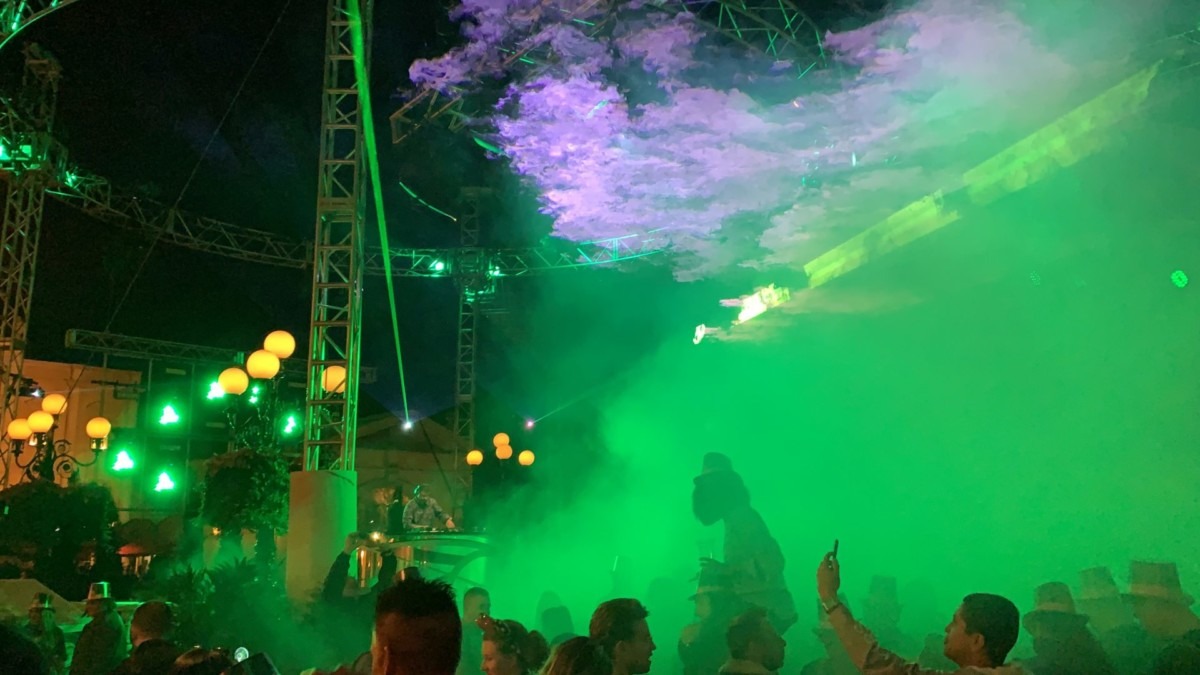 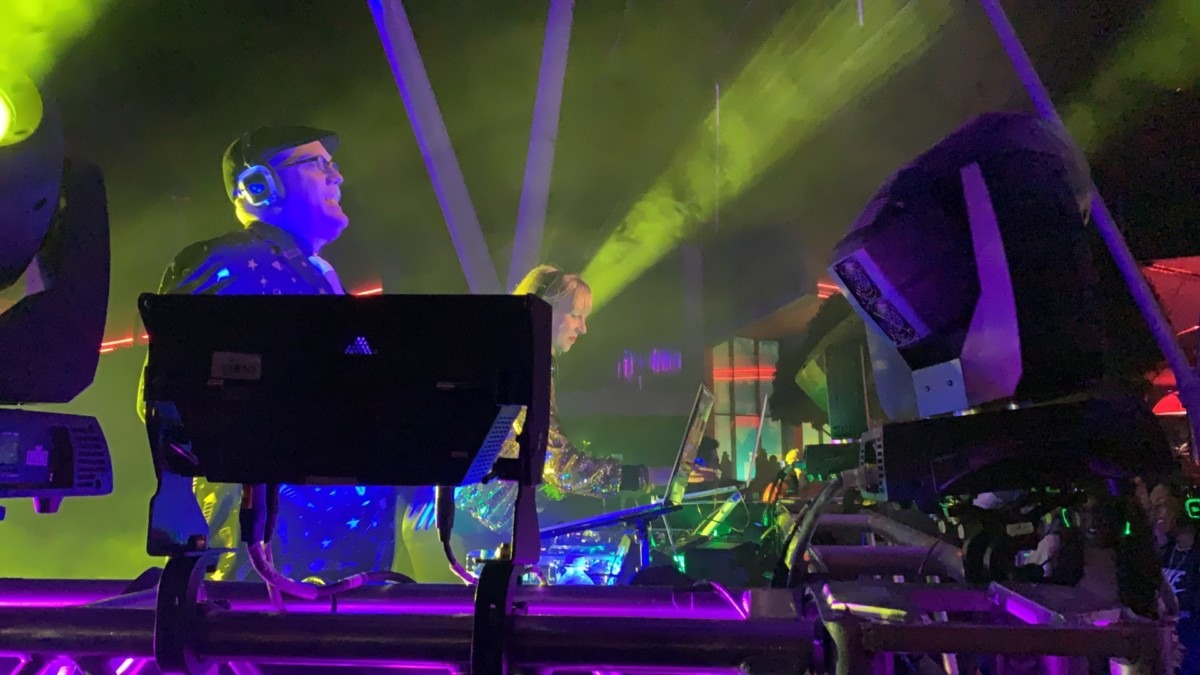 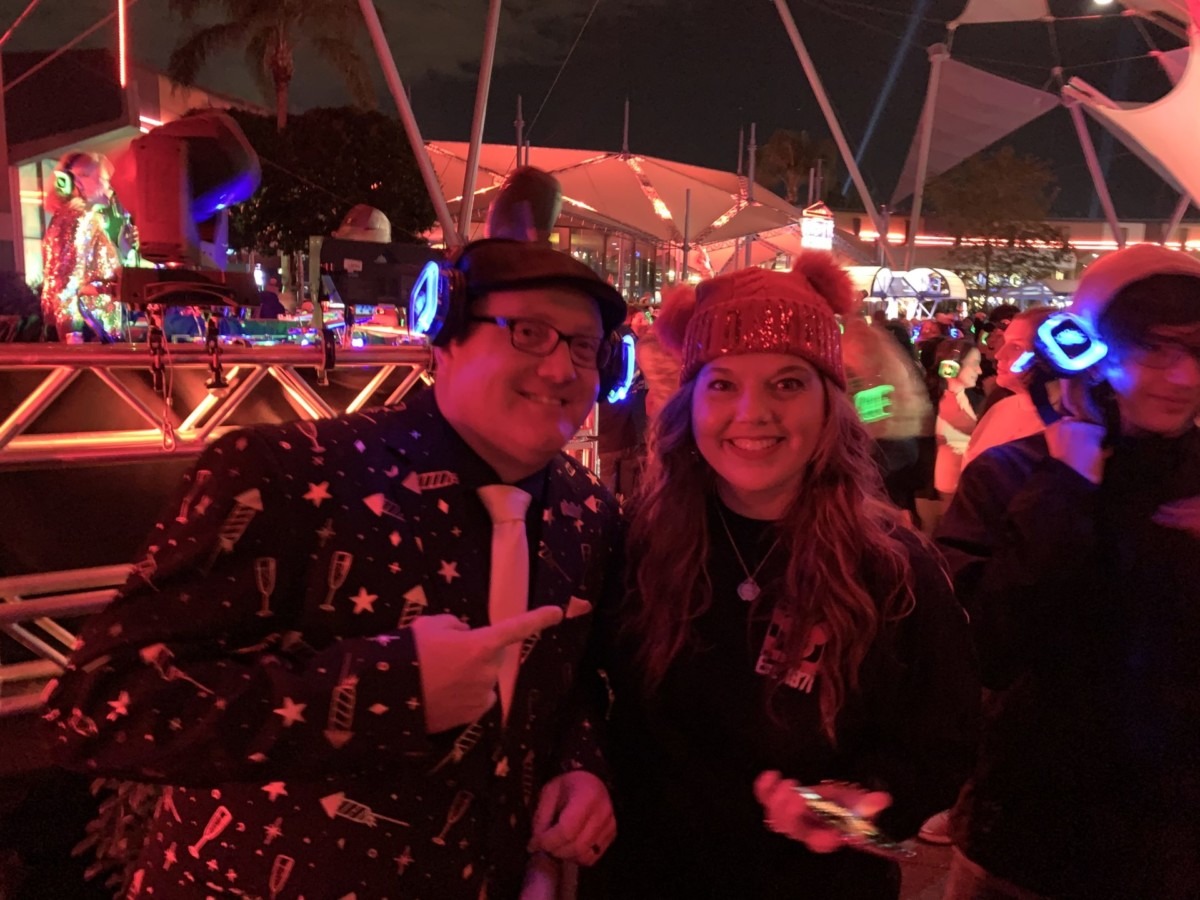 As for live music, there were bands in the UK pavilion and on the stage at the America Gardens theatre. The busiest areas were around World Showcase, it was packed with people. Our friends staked out a spot early for the midnight fireworks, which was smart because it was so crowded. Guests were given hats and horns to add to the festivities, the kids loved that. We had fun! 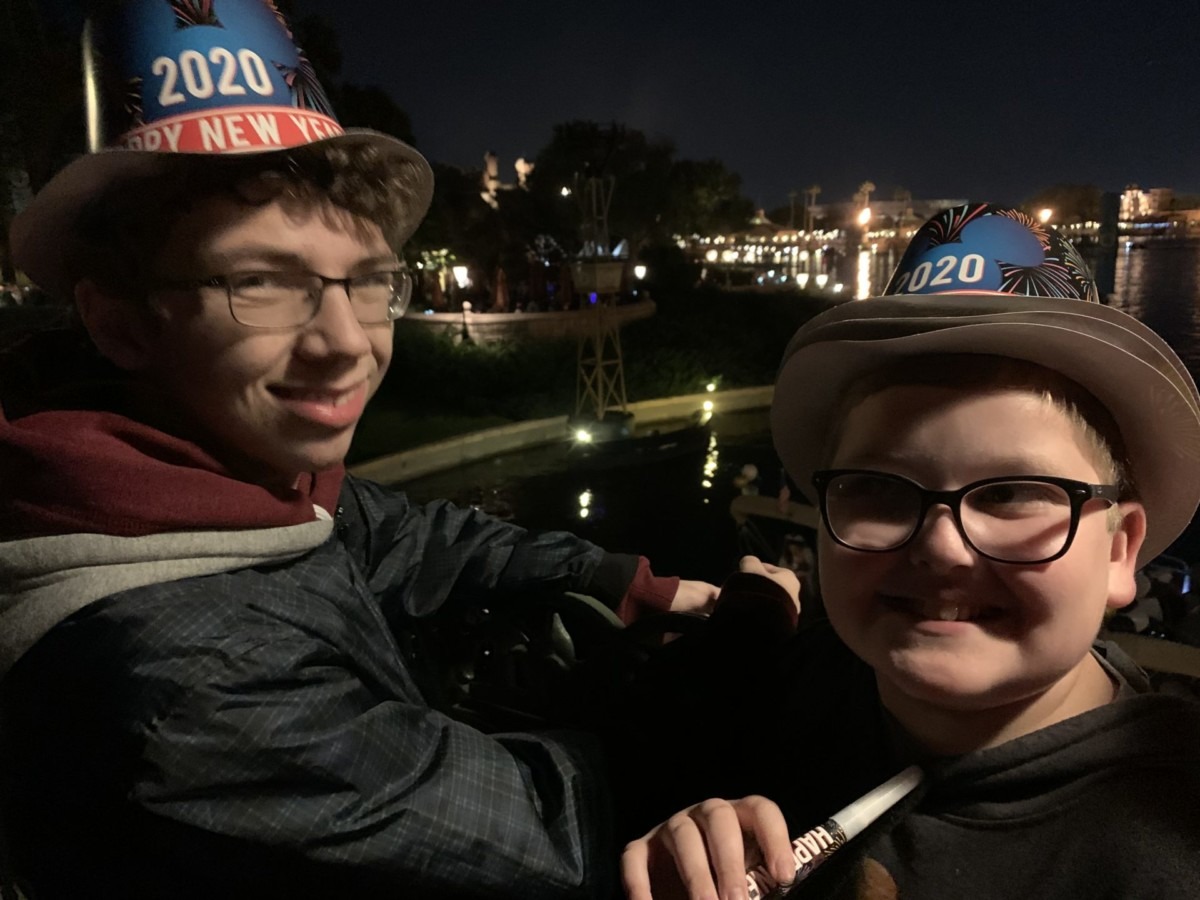 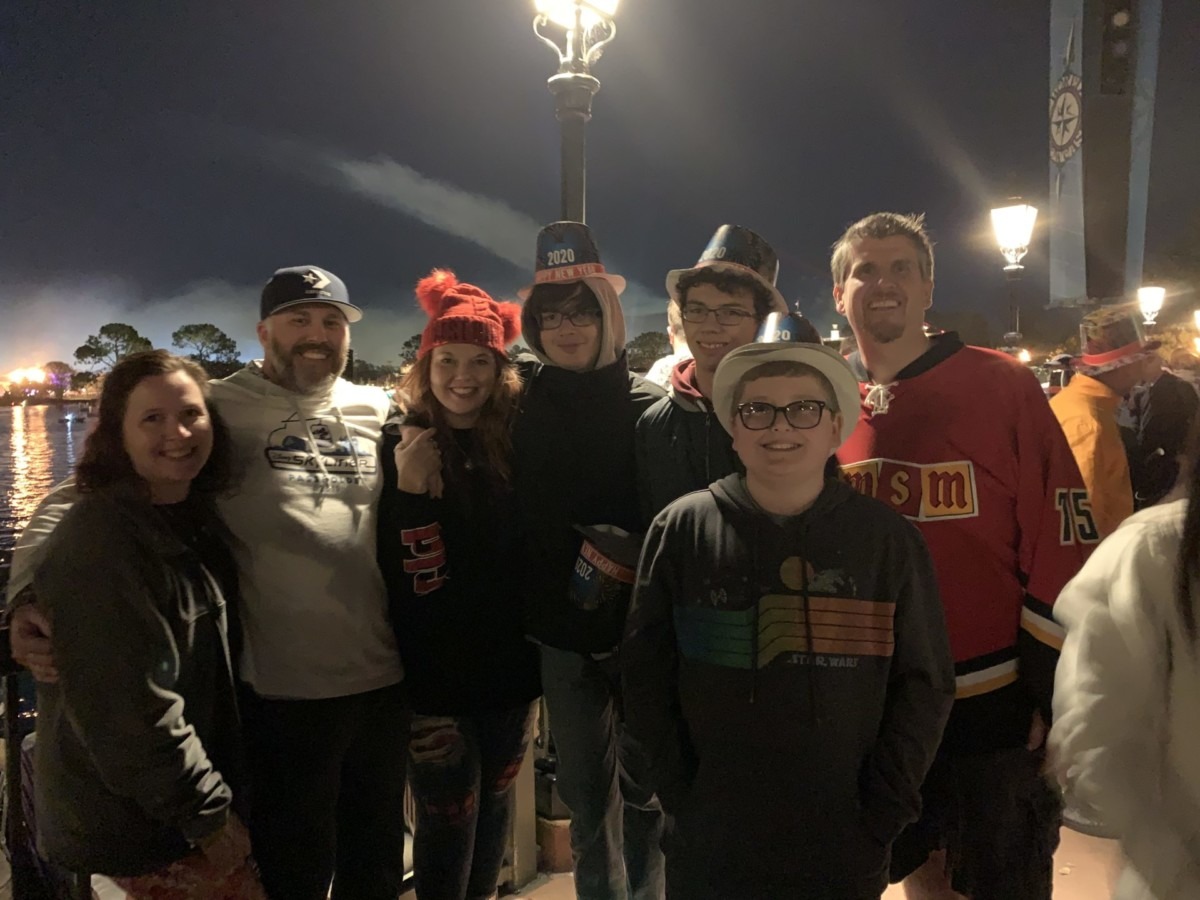 Getting out of the park was much easier at Epcot than it was last year at Magic Kingdom too. All in all, we had a fun time and I’m glad we got to experience how Epcot does New Year’s Eve. If you’re thinking of celebrating the new year at Disney at some point, I say do it! Just be patient, go with the flow and enjoy. You’re bound to make some magical memories if you do! Happy 2020 everyone! 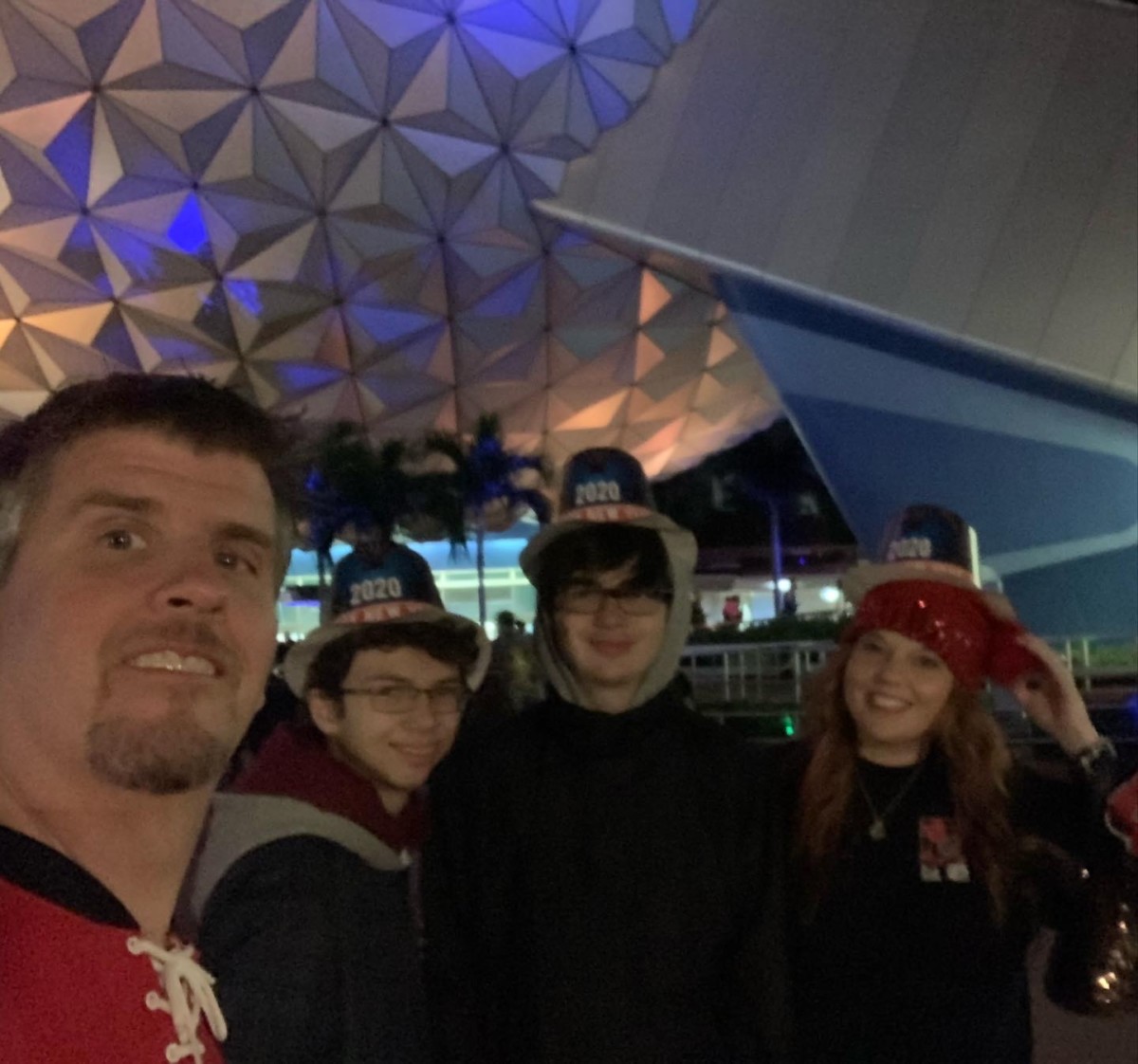