Several sports celebrities are expected to be among the thousands of runners taking part in the 27th annual Walt Disney World Marathon Weekend presented by Cigna. Olympic track legend Jackie Joyner-Kersee, former NFL stars Warrick Dunn and Tiki Barber, and Paralympian and ESPN personality Victoria Arlen are among the notables participating in the race weekend. The Walt Disney World Marathon Weekend ranks among the nation’s most popular destination races, growing from 8,200 runners in 1994 to more than 75,000 athletes and spectators expected this year. As one of Central Florida’s largest sporting events, the four-day race weekend offers activities for runners of all ages and levels, including the 5K, 10K, half marathon, full marathon, runDisney Kids Races and runDisney Health and Fitness Expo.

There are 12,100 Florida runners participating in Walt Disney World Marathon Weekend races, including 2,966 from the Central Florida area. There are also 9,740 runners tackling Goofy’s Race and a Half Challenge, which is celebrating its 15th year. 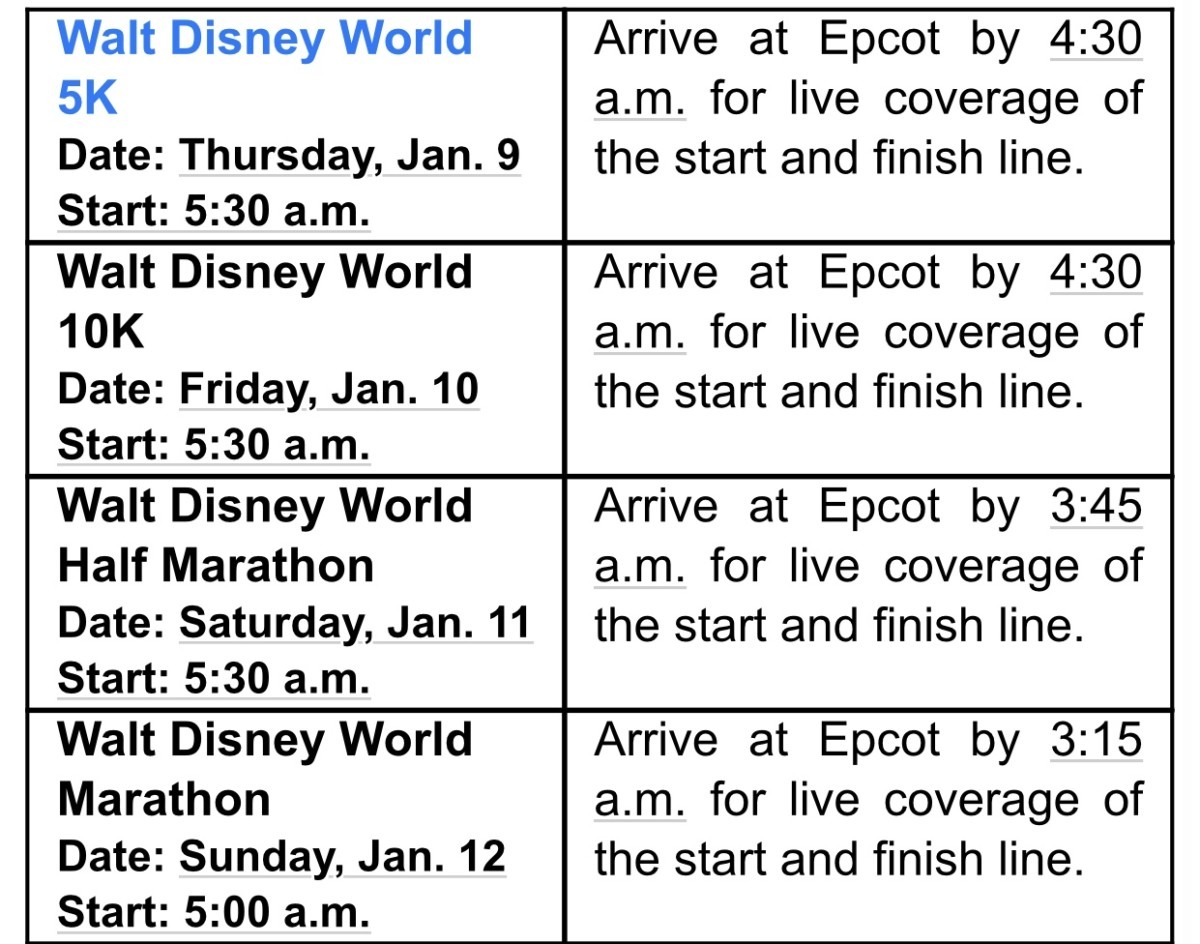 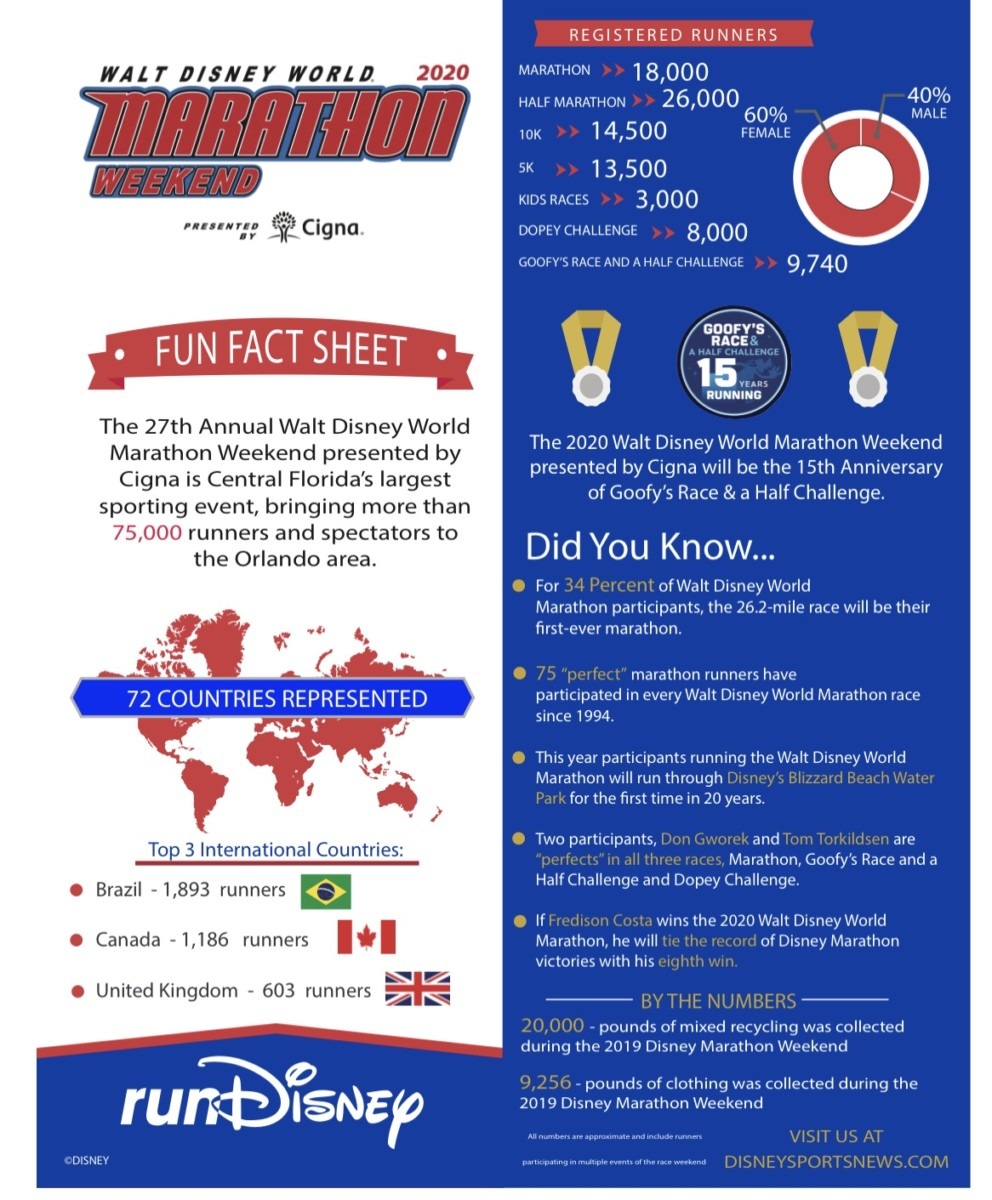 Good luck to all the runners this weekend!