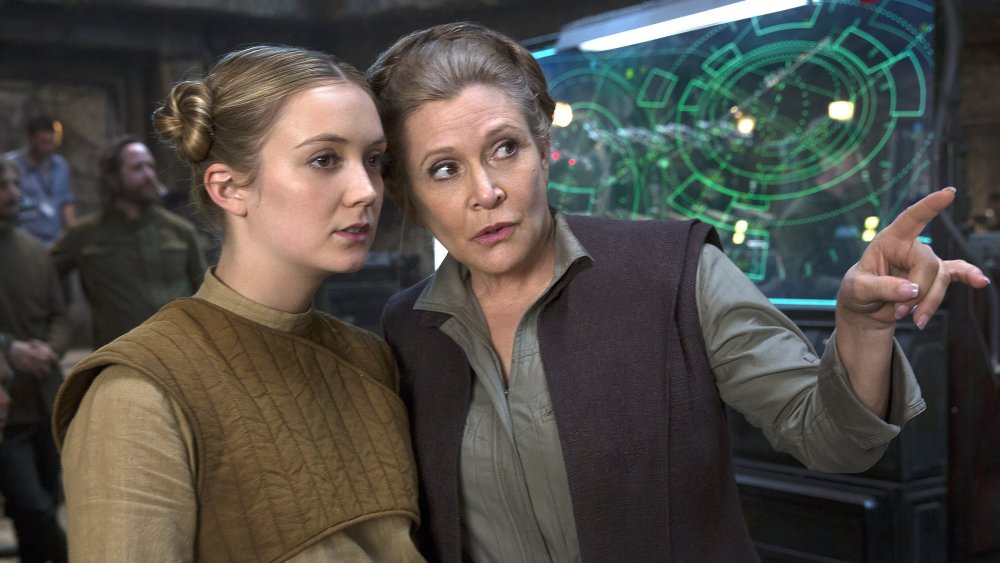 After Carrie Fisher’s tragic death in December 2016, the filmmakers behind Star Wars: The Rise of Skywalker had to figure out how to tell a Star Wars story without one of the franchise’s key figures. Ultimately, director J.J. Abrams decided to write Fisher’s General Leia Organa into the narrative using about eight minutes of unused material from The Force Awakens and The Last Jedi.

But there’s one Leia moment in The Rise of Skywalker that required a little more digital manipulation, and an assist from Fisher’s family. About halfway through the film — mild spoiler alert — there’s a brief flashback scene of Luke training Leia with lightsabers, as the princess studies to become a Jedi. In an interview with Yahoo Entertainment, ILM visual effects supervisor Patrick Tubach confirmed that Luke is played by a digitally de-aged Mark Hamill, while Fisher’s daughter, Billie Lourd, stepped in for her mom.
“Billie was playing her mother,” Tubach told Yahoo. “It was a poignant thing, and something that nobody took lightly — that she was willing to stand in for her mom.”

According to Tubach, it was Abrams who asked Lourd to take on the role, and together they filmed a few seconds for the scene. The visual effects team then replaced Lourd’s face with archival footage of Fisher, taken from the original trilogy.

“It was an emotional thing for everybody to see her in that position,” Tubach added. “It felt great for us, too. If you’re going to have someone play [Fisher’s] part, it’s great that it’s [Billie] because there are a lot of similarities between them that we were able to draw from. The real challenge was just making the Leia footage we had to work with fit in that scene.”
Before The Rise of Skywalker hit theaters, Lourd wrote an essay for Time, opening up about the experiencing of filming Star Wars without her mom and why she decided to reprise her role as Lieutenant Connix.
“I knew it would be one of the most painful, difficult things I would ever do, but I said yes for her — for my mom,” she said. “For Leia. For everyone Leia means so much to. For everyone Leia gives strength to.”

Thanks Entertainment Weekly for the scoop!

Celebrate the Season of Giving with the Disney Ultimate Toy Drive

The Magic of Nature: Celebrating Earth Day with Disney Parks