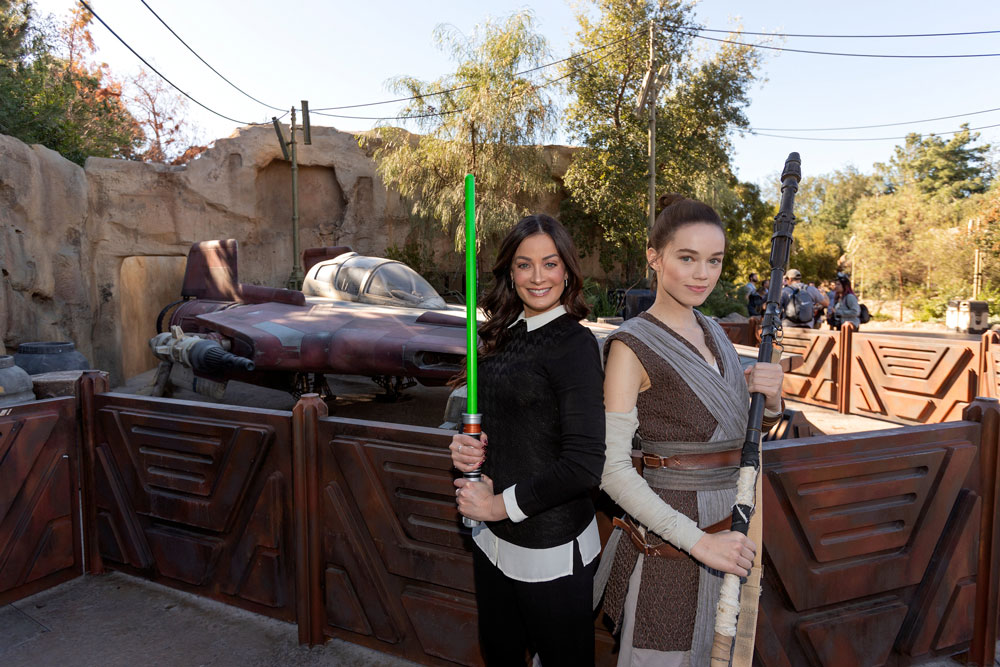 La Fuerza was strong with Dayanara as she wielded a lightsaber for the special moment while exploring the land with her familia!