ANAHEIM, Calif. (Jan. 15, 2020) – Star Wars: Galaxy’s Edge is the largest single-themed land expansion in Disney history and is already proving wildly popular as guests live their own Star Wars adventures in a galaxy far, far away. Guests join a climactic battle between the Resistance and the First Order in Star Wars: Rise of the Resistance and take control of the most famous ship in the galaxy aboard Millennium Falcon: Smugglers Run. And while exploring this expansive new land, they can sample galactic food and drink, enter an intriguing collection of merchant shops and encounter some of their favorite Star Wars characters.

Star Wars: Galaxy’s Edge has been recognized by several prestigious organizations for excellence in design and execution.

These accolades and awards speak to an entirely new kind of Disney experience happening every day inside Star Wars: Galaxy’s Edge.

About Disney Parks, Experiences and Products
Disney Parks, Experiences and Products brings the magic of The Walt Disney Company’s powerful brands and franchises—including Disney, Pixar, Marvel, Star Wars, ESPN, 20th Century Fox and National Geographic—into the daily lives of families and fans around the world to create magical memories that last a lifetime.

When Walt Disney opened Disneyland in Anaheim, California, on July 17, 1955, he created a unique destination built around storytelling and immersive experiences, ushering in a new era of family entertainment. More than 60 years later, Disney has grown into one of the world’s leading providers of family travel and leisure experiences, with iconic businesses including six resort destinations with 12 theme parks and 52 resorts in the United States, Europe and Asia with more than 170,000 cast members; a top-rated cruise line with four ships and plans for three more to be completed in 2021, 2022 and 2023; a luxurious family beach resort in Hawaii; a popular vacation ownership program; and an award-winning guided family adventure business. Disney’s global consumer products operations include the world’s leading licensing business; one of the world’s largest children’s publishing brands; one of the world’s largest licensors of games across platforms; more than 300 Disney store locations around the world; and the shopDisney e-commerce platform.

Disney’s Copyrights Are Being Targeted in a New Bill by Sen. Josh Hawley 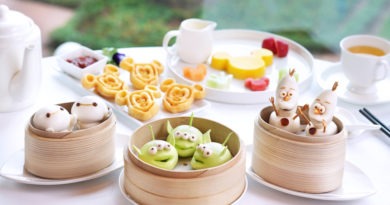 ChEARs to 30 Years of the runDisney Walt Disney World Marathon!