Paige O’Hara, Disney Legend and Voice of Belle, Surprises Guests at the ‘Beauty and the Beast Sing-Along’ 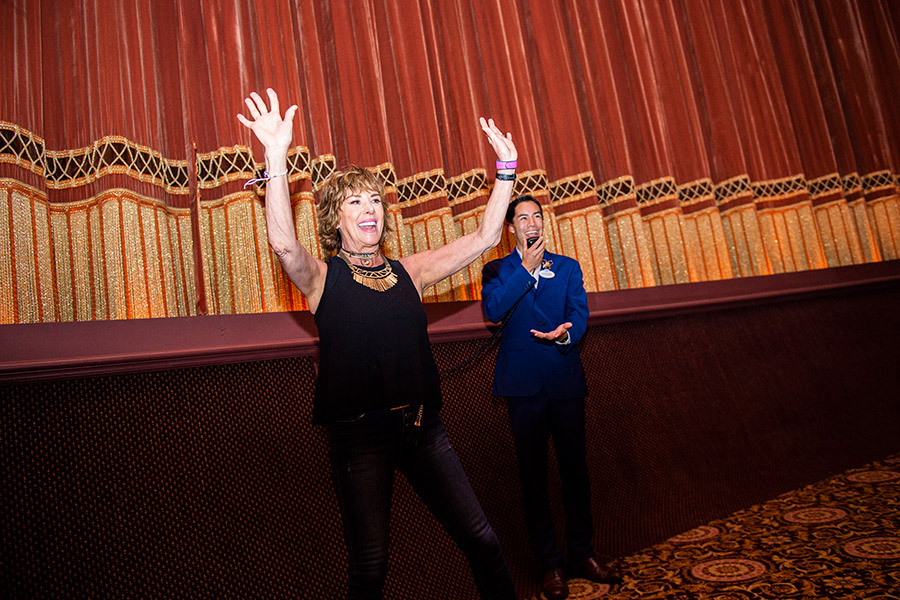 Paige O’Hara, Disney Legend and Voice of Belle, Surprises Guests at the ‘Beauty and the Beast Sing-Along’

From the Disney Parks Blog and written by: Lindsey Swift

Magical moments happen every day at Disney Parks and today a very special moment took place at Epcot.  Disney Legend and voice of Belle, Paige O’Hara surprised an audience at a showing of the new ‘Beauty and the Beast Sing-Along.’

Paige, who is also a featured artist at the Epcot International Festival of the Arts, shared how she loves greeting Guests and sharing stories in opening remarks with Walt Disney World Ambassador, Stephen Lim.  They then started the tale as old as time by singing a few lines of “Belle” along with the audience.

Paige’s artwork is on display at the Epcot International Festival of the Arts and she will be making appearances Jan. 24 – 27 from 12-2 p.m. and 4-6 p.m. Check out the official festival page for details.

Along with the sing-along is a new exhibit inside Palais du Cinéma. ‘Tales as Old as Time: French Storytelling on Stage and Screen’ invites guests to explore six distinct gallery cases featuring a collection of costumes, music, artwork and more, all dedicated to the adaptation of French literature in cinema, theater, ballet and opera. The exhibit reinforces how French literature has inspired artists from around the globe, including those who created timeless Disney classics such as ‘Sleeping Beauty,’ ‘Cinderella’ and, of course, ‘Beauty and the Beast.’ Items on display from the Walt Disney Archives include a glass slipper from the live-action ‘Cinderella’ film and Belle’s costume from the live-action ‘Beauty and the Beast.’ Community arts organizations from Florida also contributed pieces to the exhibit.