The Cast of Hulu’s ‘Little Fires Everywhere’ and ‘Dollface’ Join the Resistance at Star Wars: Galaxy’s Edge at Disneyland Park for a Day 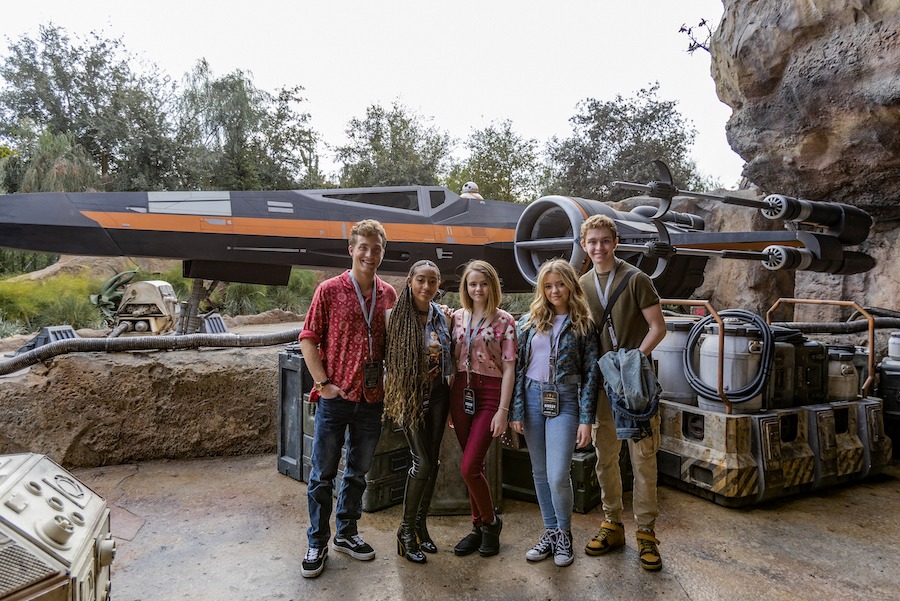 The Cast of Hulu’s ‘Little Fires Everywhere’ and ‘Dollface’ Join the Resistance at Star Wars: Galaxy’s Edge at Disneyland Park for a Day

From the Disney Parks Blog and written by: Jessica Safran

Star Wars: Rise of the Resistance is officially open in Star Wars: Galaxy’s Edge at Disneyland park, and the stars of the Hulu hit series “Dollface” and upcoming series “Little Fires Everywhere” recently joined the Resistance in a battle against the First Order in this immersive new experience!

Star Wars: Rise of the Resistance draws you into a sprawling narrative that blurs the lines between fantasy and reality, delivering thrilling action driven by cutting-edge technology and innovative design that gives you the feeling of stepping inside a Star Wars film.

Then, the recruits stepped into the Hangar Bay and were awestruck to find 50 stormtroopers ready for their arrival. The fearless Brenda Song even snapped a quick picture before First Order guards detained the new recruits.

The group then boarded a Star Destroyer for an epic adventure that put them in the middle of a battle with the First Order. Thankfully, everyone eluded the clutches of Kylo Ren! Phew.

Finally, the Resistance fighters explored Batuu and encountered some notorious rebels. Who can resist a hug from our favorite Wookie, Chewbacca, or a run-in with R2-D2? The resourceful astromech droid has shown great bravery in rescuing his masters and their friends from many perils!

…and after a full day of adventure, everyone was thirsty for some Blue and Green Milk. Yum!

You can catch these friendly rebels on HULU. Season 1 of ‘Dollface’ is streaming now and the series ‘Little Fires Everywhere’ premieres on March 18, both only on HULU.