From the Disney Parks Blog and written by: Korri McFann

Disney’s Fairy Tale Weddings TV Show follows couples as they celebrate some of life’s most romantic milestone moments at Disney parks and resorts. From epic weddings to intimate vow renewals, magical proposals and memorable anniversary celebrations! Watch it all unfold this season on Disney+.

Stephen “tWitch” Boss, resident DJ for “The Ellen Show” and Allison Holker, “Dancing With the Stars” pro, are coming back to host the show.

The 8-episode season will feature 16 beautiful love stories that will take viewers to Walt Disney World, Disneyland, aboard the Disney Cruise Line, Aulani, A Disney Resort & Spa and even internationally with romantic trips with Adventures By Disney.

Viewers will also have the chance to get an inside scoop to planning a Disney Wedding! Sit in on a planning session and gather wedding inspiration.

From epic love stories, to unique Disney wedding venues, stunning floral and décor, and magical entertainment, you won’t want to miss this season! 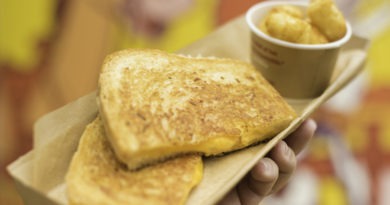 25 New Resources to Help You Plan Your Next Disney Vacation