On Monday, Mahomes will be whisked from Miami to Walt Disney World Resort near Orlando where he will participate in a celebratory parade at Magic Kingdom Park after starring in Disney’s traditional Super Bowl TV commerical. The celebration marks another chapter in Disney’s enduring Super Bowl campaign that began in 1987 when Disney celebrated the New York Giants’ Super Bowl win that year.

Adding to the magical moment, this year’s celebration has a new twist. As the presenting sponsor of the Super Bowl MVP ceremony, Disney Parks for the first time is inviting one Make-A-Wish child – Nathaniel, 10, from Texas – to join Mahomes in the parade down Main Street, U.S.A. in Disney’s Magic Kingdom Park. In addition, 17 other Make-A-Wish children, whose wishes were to attend the Super Bowl, are also extending their magical wishes by visiting Magic Kingdom Park on Monday.

The inclusion of Make-A-Wish this year with Disney’s Super Bowl campaign is an extension of Disney’s commitment to deliver comfort and inspiration to children facing serious illnesses. That commitment also includes the just-announced Disney Parks donation of $1 million to Make-A-Wish in honor of Mahomes as part of Disney Parks’ designation as presenting sponsor of the Super Bowl MVP ceremony.

The first official wish granted for a Make-A-Wish child involved a trip to Disneyland Resort nearly 40 years ago. Currently, Disney helps to grant more than 10,000 wishes each year for children around the world.

The post-Super Bowl trip to Walt Disney World Resort will likely be a wish-come-true for the Make-A-Wish child similar to the dream-come-true night for Mahomes and the Chiefs, who won their first Super Bowl in 50 years. Mahomes rallied Kansas City from a 10-point deficit in the fourth quarter to win the big game, 31-20, leading the furious comeback with two touchdown passes. He hit Travis Kelce for a 1-yard score with 6:13 remaining, then on the Chiefs’ next possession found Damien Williams out of the backfield for what would prove to be the game-clinching touchdown. Mahomes finished with 286 yards passing and two TD passes, plus 29 rushing yards and another score on the ground.

Mahomes’ performance will be part of Disney’s Super Bowl commercial that is airing on network and cable TV across the United States, as well as social media channels. His name is now added to the long list of marquee Super Bowl stars who have been a part of Disney’s long-running Super Bowl campaign. 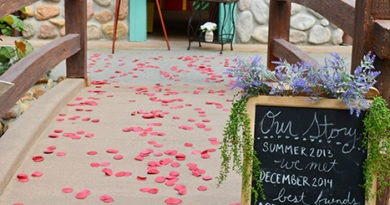 #TheWishEffect: Hop Onboard for a Road Trip in Wish Kid Tali’s Disney-Themed Camper!