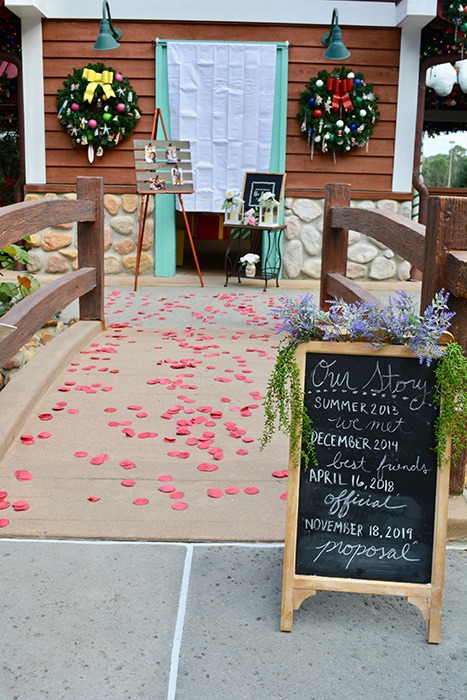 We all love a good love story, and this #FeelGoodFriday, we have one that’s “on par” with the best of them.

Renz Guiao first met cast member Dom Perry through a mutual friend, and the two hit it off immediately. Once Renz knew she was the one, he decided to surprise Dom with a proposal where they shared their first date – Disney’s Winter Summerland Miniature Golf.

Cast members at the mini-golf location were excited about the idea and jumped right in to help Renz create an “un-fore-gettable” moment.

“They were incredible!” Dom recalled, “They gave us some space but were close enough to get really nice shots and even took video of the entire proposal. They were really respectful of the moment.”

After Dom said “Yes,” the cast members came together to create a tunnel of golf clubs for the newly engaged couple to walk through. Then, just as they turned around, it began to snow.

“That was so special,” Dom added. “They didn’t have to add anything, they could have just been there, but they really participated in the moment and made it so much more special than either of us had imagined.”

Congratulations on your “hole-in-one” engagement, Dom and Renz! We hope this magical moment has you feelin’ the love as you go into your own Valentine’s Day weekend!