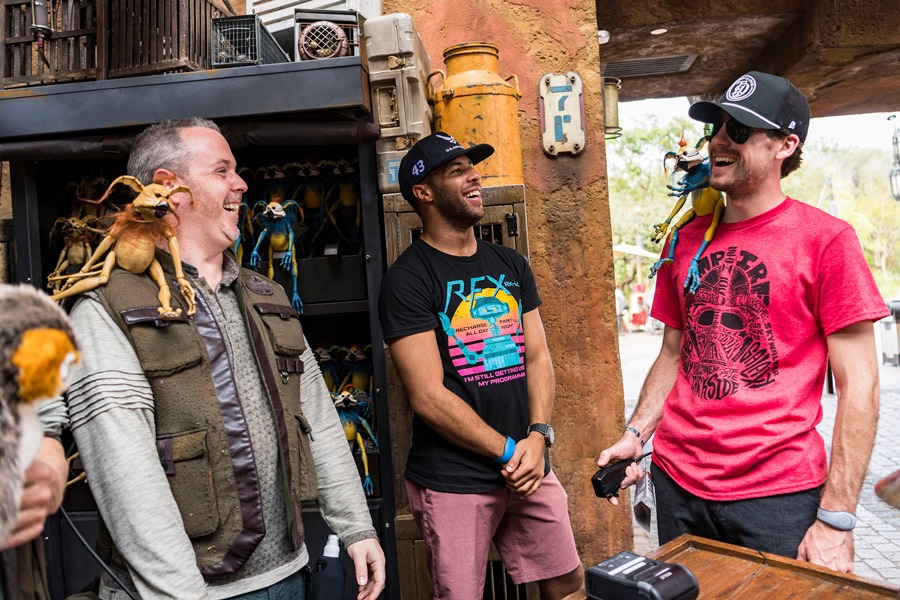 From the Disney Parks Blog and written by: Jacqueline Logan

Racing fans everywhere are gearing up to watch the final laps of the 62nd annual DAYTONA 500 later today. Ahead of the big race, NASCAR Cup Series drivers Ryan Blaney and Bubba Wallace high-tailed it over to Walt Disney World from the speedway to experience Star Wars: Galaxy’s Edge at Disney’s Hollywood Studios.

During their visit, Bubba and Ryan strolled through merchant shops in the Black Spire Outpost Marketplace. The duo befriended several Kowakian Monkey-Lizards, a favorite pet for denizens of the galaxy’s underworld, at the Creature Stall.

These NASCAR Cup Series drivers are pros when it comes to driving race cars. How well did they fare when piloting the fastest hunk of junk in the galaxy? Well, you’ll just have to check out Ryan’s and Bubba’s adventure on the planet of Batuu to find out!