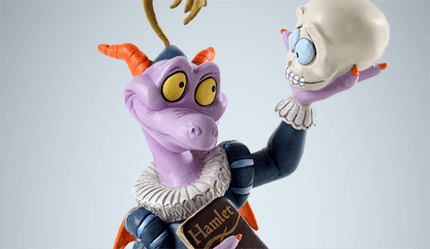 “Two tiny wings, eyes big and yellow, horns of a steer, but a lovable fellow. From head to tail, he’s royal purple pigment, and there, viola! You’ve got a figment.” 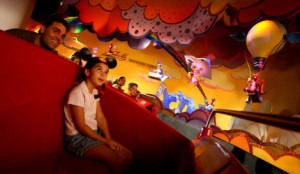 Anyone who knows the lyrics to this classic Sherman Brothers song will probably know who this article is going to be about. It’s not going to be about the lost but not forgotten Dreamfinder, but a character who is still a prominent fixture at EPCOT Center. Figment along with the Dreamfinder were the two figures prominently displayed at the Imagination Pavilion at EPCOT Center when the Journey into Imagination ride opened on March, 5 1983. Although Dreamfinder and Figment were removed during a 1999 refurb, Figment did return to the ride in 2002 after numerous complaints.

When Imagineer Tony Baxter was asked to work on a pavilion based on imagination, he turned his attention to the Kodak sponsored Imagination pavilion. He and his team spent 6 months working on how to tell the story the best way possible. The inspirationfor Figment came to Baxter while watching an episode of Magnum P.I.

“I was watching Magnum P.I. on T.V. and he was in the garden and the butler Higgens, had all these plants and they were all uprooted. It was a mess. Magnum had been hiding a goat out there and it had eaten the plants. Higgens said, “Magnum! Magnum! Come out here! Look at this! Something has been eating all the plants in the garden,” And Magnum says, “Oh, it’s just a figment of your imagination. And Higgens said, “Figments don’t eat grass!” I thought, “There is this name, the word “Figment” that in english means a sprightly little character. But no one has ever visualized it, no one had ever drawn what a figment is. So, here is a great work that already has a great meaning to people, but no one has ever seen what one looks like. So we had the name that was just waiting on us to design the shape for it.”

So Baxter and his crew worked to create the lovable dragon that we have today. The original voice for Figment was Billy Barty, an actor who co-starred with Mickey Rooney in a series of shorts in the 1920’s and the 1930’s. When the ride underwent the refurb in the early 2000’s Barty had died and wasn’t able to do the voice of Figment. Dave Goelz became the new voice of Figment. Goelz is a Puppeteer most know for working with puppets in The Muppets, Fraggle Rock, and Labyrinth.

In the beginning the traditional Disney characters were purposely kept out our EPCOT, and Dreamfinder and Figment were the only two walk around characters EPCOT had. In an article from the Miami Herald newspaper in September 1981 it declared:

“With the opening of EPCOT Center, next fall, Disney officials hope to launch an entirely new generation of lovable, laughable characters. To that end, they have banned Mickey Mouse from the elaborate new theme park and declared it the domain of new characters.

“If Figment seems to capture the hearts of Disney guests, a well-orchestrated campaign will swing into action. Disney writers will create series of Figment adventure books, Figment T-shirts, keychains, mugs and charms will find their way onto souvenir racks.

“Dozens of other characters also will be born on the stages of EPCOT Center, and artists are now striving to develop individual personalities and voices for every one of them.

“A single character, if he captures the public imagination could be worth millions to the company,” said one artist reverently, “You feel like you’re birthing a child.”

Of course that changed when Eisner was in the park one day and asked where the Disney characters were at in EPCOT. After being told that they weren’t there he demanded that the traditional characters be brought to the park.

So now that the little purple dragon is not the only character in the park, do you think him and his pavilion often get overlooked by the Disney masses? Do you think the Fab Five has taken the limelight away from this “lovable fellow”? So let us know your opinions on Figment. 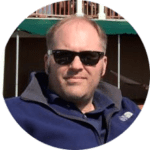 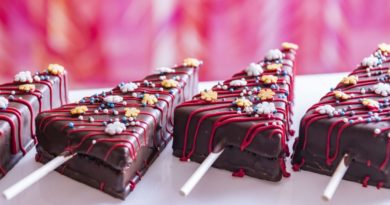 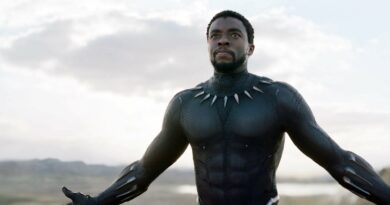 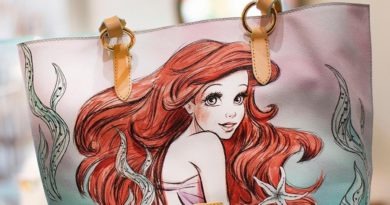 Gilbert Gottfried, Aladdin Voice Actor and Comedian, Passes Away at 67