With another week quickly coming to an end, it’s time to share the latest edition of our new series featuring must-do weekend experiences at the Walt Disney World Resort.

If you’re visiting this weekend, head to EPCOT to try the new, and distinctly patriotic, Regal Eagle Smokehouse: Craft Drafts & Barbecue in The American Adventure Pavilion. This new fast-casual restaurant is named after the “regal-est” of eagles, Sam Eagle from The Muppets.

And while we’re still a few weeks from the March 6 opening of Disney and Pixar’s “Onward,” new merchandise from the film is already available at the Walt Disney World Resort. This weekend, embark on a “quest” to World of Disney for T-shirts, hoodies, Barley & Ian plush toys, deluxe figurine sets, pins, Funko Pop Figures – there’s even a wizard staff!

Also, stop into the Walt Disney Presents attraction at Disney’s Hollywood Studios for an early glimpse of scenes from Disney and Pixar’s latest adventure!

Let us know if you’re visiting the Walt Disney World Resort this weekend in the comments or on Twitter using the hashtag #DisneyWeekend. 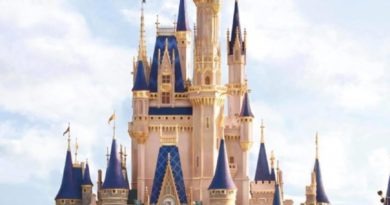