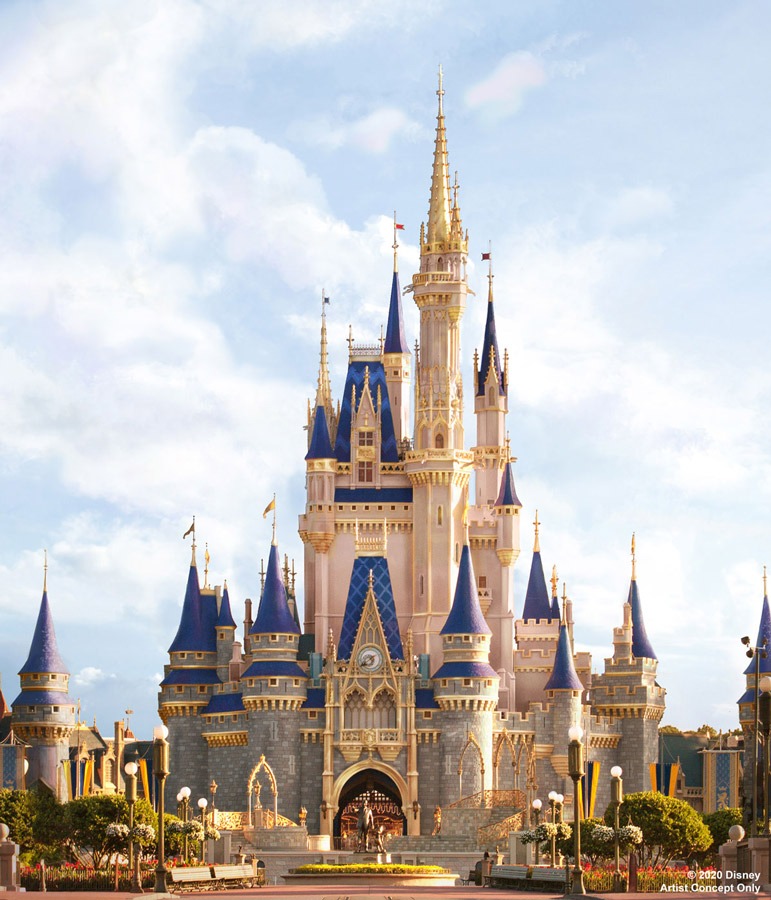 This week, we shared the news that our park’s iconic, awe-inspiring centerpiece—Cinderella Castle—is about to get even more magical!

Our new Disney Parks Blog author, Jason Kirk, shared a concept image of what the newly-enhanced Cinderella Castle will look like when work is completed (above).

You may notice this exciting work taking place as these stunning enhancements begin in the coming weeks, continuing through summer. But don’t worry! You’ll still get to catch all of our castle favorites like “Mickey’s Royal Friendship Faire” and “Happily Ever After.”

Also this week, we continued our popular Foodie Guide series with the debut of the official Foodie Guide to the 2020 Disney California Adventure Food & Wine Festival!

As many of you know, the Festival features the best of the west coast with unforgettable cuisine, beverages, and special events.  You can take part in culinary demonstrations, get the kids involved with our Jr. Chef cooking event, enjoy wine, beer, and mixology education as well as tasting seminars and much more throughout the duration of the event.

The Festival runs from February 28 through April 21!  Check out the complete Foodie Guide (and it’s a good one!) in our original Disney California Adventure Food & Wine Festival story.