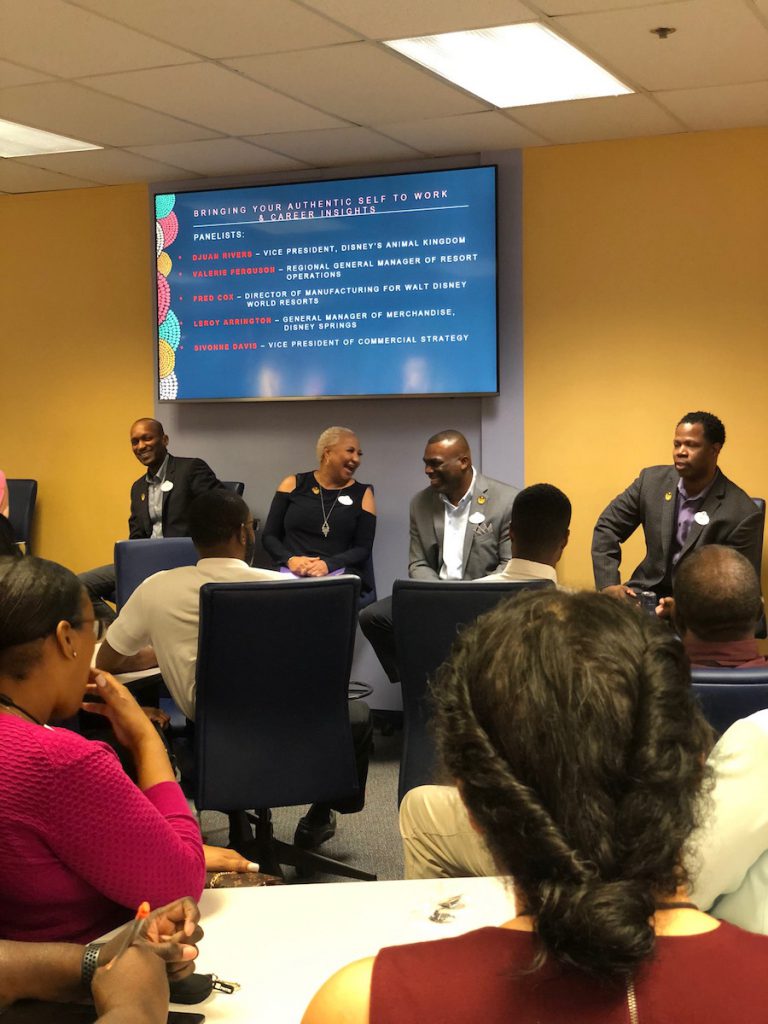 This February, we celebrated Black History Month by hosting special events for our cast members. Today, we are excited to share a glimpse into the ways we celebrated culture, innovation, and heritage at Walt Disney World Resort, Disneyland Resort, and Walt Disney Imagineering. At Disney, we strive to foster a culture in which each of our cast members feels a sense of belonging, their voices are heard, their efforts are valued, and they can bring their authentic selves to work. And there is specific importance of recognizing the roots, heritage, and culture of our cast members during special observances like Black History Month.

Taking celebrations into the community, Walt Disney World Resort VoluntEARs and community leaders hosted 75 students at Levy Hughes Boys & Girls Club in Central Florida for a special Black History Month read-in featuring readings from “I am Rosa Parks” by Brad Meltzer and “CROWN: An Ode to the Fresh Cut” by Denene Millner Books.

Over at Disneyland Resort, PULSE also welcomed executive leaders for an engaging panel that offered a peek into the Disney career journeys of the executives. The insightful conversation gave a look into the careers of Vice President of Creative & Advanced Development, Shelby Jiggetts-Tivony; Executive Creative Development and Inclusive Strategies for Walt Disney Imagineering, Carmen Smith; and Vice President of Human Resources, Avis Lewis. The panel was also moderated by Senior Manager of Merchandise Events & Marketing, Martha Blanding.

PULSE also hosted more than 80 cast members for a Meet and Greet event where they met with current members of PULSE and Disneyland Resort President Rebecca Campbell.

Walt Disney Imagineering celebrated the month with activities including a panel to drive awareness around being mindful about culture and inclusion and recognizing that everyone has a unique, inspirational story to tell. The panel featured Executive of The National Council of Negro Women, Inc., Dr. Johnnetta Cole; Senior Vice President – Current Series and Alt Development for Freeform, Jamila Hunter; and President – Walt Disney Imagineering Business Operations/Product Creation/Games & Publishing and Executive Sponsor of the WAKANDA business employee resource group, Kareem Daniel. Walt Disney Imagineering also shared a special “SAY IT LOUD!” art exhibition on their Glendale campus created in partnership with the Museum of African American Art, Los Angeles.

During Black
History Month – and every day – we celebrate the cultures that bring us
together and make up our communities. Stay tuned as we continue to tell more
stories about special cast member events and celebrations all year long!