One of the reasons I think people fall in love with Disney is not just the public-facing entertainment, or the amazing results of Imagineering place-making, or the beloved characters and stories.

I believe that whether audiences and guests know of them or not, the fascinating and human stories behind the creation of the Disney culture simply resonate. You can feel passion, or intelligence, or heartache, or humor, or the love that has put a Disney product or experience before you; whether you know the background and details of that creation or not.

I have a friend who says he enjoys a lot of my work because it’s like James Burke’s Connections (a program where Burke showed how ancient discoveries, scientific achievements, and world events connected and intertwined successively to bring about some aspect of modern life). I’m not surprised, because stories and places we experience today with Disney very often reach back into the organization’s past, and it’s that legacy—looking back to move forward—that probably fascinates me most about the Disney culture.

A cultural thread that extends to the founding of Disney—and before—will be presented to the public in an all-new theme park attraction—and the first-ever Disney ride-through attraction to feature Mickey Mouse in a starring role—Mickey & Minnie’s Runaway Railway, located in Hollywood Boulevard at Disney’s Hollywood Studios, coming March 4, 2020!

Is there anything more fundamental to Disney than Mickey Mouse?

And of course, nothing is as primary to Mickey’s first success as the technological innovations of sound. Some attempts to “add” sound to silent cartoons had been made, but they were mainly a sort of “audio wallpaper” of music and noises, none was intricately connected to the action or story, and—where Mickey’s cartoons stood apart—the sound and the music were primary storytelling and character engines.

The success of Steamboat Willie and the Mickey shorts that followed developed Walt’s innate curiosity and interest in the use of technology —and set a path for Walt’s lifelong achievements in combining technical innovation with accessible entertainment.

With sound, the characters needed voices. The 1929 cartoon The Karnival Kid is the first cartoon where Mickey actually speaks (“Hot dogs! Hot dogs!”). By necessity, in those early shorts, Walt became the voice of Mickey and Minnie, eventually recasting the latter role—but remaining as Mickey’s vocal identity for more than a decade. “The life and ventures of Mickey Mouse have been closely bound up with my own personal and professional life,” Walt said, “He still speaks for me and I still speak for him.”

As his studio grew, and his time became more at a premium, Walt ceded Mickey’s voice duties in 1946 to studio sound department head Jimmy Macdonald during re-recording sessions for the Mickey and the Beanstalk segment of Fun and Fancy Free (much of the soundtrack had been recorded in 1940 as a planned feature cartoon). Jimmy provided Mickey’s voice on film, TV, records, in the Parks and Ice and Arena Shows from that time until the mid-1970s.

Jimmy had founded the sound effects department in 1934, and was regarded as a one-man sound effects wizard. Over his 48-year career with Disney, he created and assembled one of the largest and most impressive sound effects libraries in motion picture history—and a collection of one-of-a-kind hand-made gadgets created specifically for unique audio applications. He also worked on the soundtracks for most of the Studio’s live-action films up through the mid-1980s.

(Walt returned to voicing Mickey once, by chance, in 1955, when Jimmy was recording the lead-ins for the Mickey Mouse Club. Chancing on Jimmy in the recording studio, Walt reportedly joked, “You know, I can do the voice, too.” Jimmy obliged, and Walt provided the voice for the animated intros to the daily TV show.)

In the late 1960s, Jimmy welcomed a new associate in the sound department, Wayne Allwine. Wayne took over Mickey’s voice when Jimmy retired in 1977, making his debut on The New Mickey Mouse Club, and went on to provide Mickey’s voice for Disney theme parks, movies, TV specials, records, and video games. In the role of Mickey, Allwine recalled, “The main piece of advice that Jim gave me about Mickey helped me keep things in perspective. He said, ‘Just remember kid, you’re only filling in for the boss.’” (In another recent post I told the story of how the voices of Mickey and Minnie met and married!)

After Jimmy’s retirement, the nature of making sounds for movies went through a remarkable change and technological progress. Physical sound-making was, in many cases, supplanted by seemingly infinite libraries of recorded sounds, and Jimmy’s one-of-a-kind sound making gadgets, tools, and devices were relegated to storage—and then almost to the dumpster!

Kevin had started his Disney career in 1974 as a dishwasher at the Plaza Inn at Disneyland. After earning his B.A. degree in Art from California State University, Fullerton, he joined Walt Disney Imagineering in 1978 and was one of many young Imagineers learning their craft and contributing to the development of Epcot. After helping to develop Typhoon Lagoon Water Park, he was show writer for the original Comedy Warehouse live stage show at Pleasure Island in Walt Disney World. For opening day of Disney’s Hollywood Studios in 1989, Kevin was assigned to add informational and interactive elements to the post-show area of an attraction called Monster Sound Show, which explained the art of motion picture sound-making to park visitors.

Working with fellow Imagineers Joe Herrington and Mark Rhodes, Kevin created an idea to showcase the making of sounds in the fun, entertaining, and highly visual way that had been presented in the “behind the scenes” portions of the 1940 Disney feature The Reluctant Dragon.

“We thought it would be fun to display and replicate those remarkable and often outlandish devices that Jimmy created,” Kevin recalls. “When we asked Jimmy about them, he admitted that he’d just left them behind when he retired, and didn’t really know where they wound up.”

Joe and Mark and Kevin immediately scurried to the Studio to find Jimmy’s collection, and found it dusty, disorganized, in disrepair—and tagged for removal and disposal!

“We took the whole lot of them over to WDI,” Kevin says. “We refurbished a lot of them and added them to the post show, and Jimmy helped us understand what a lot of them did! We also were able to feature interview footage with Jimmy in the show, so it was a real ‘Disney legacy’ show, not just a generic moviemaking lesson.”

In taking the lead role in creating Mickey & Minnie’s Runaway Railway, Kevin saw that creating a cartoon world meant not only bringing guests into a credible and remarkable visual environment, but also creating the sort of audio “soundscape” that would be expected and feel natural to a “real” cartoon world. Toward that goal, Kevin remembered that amazing cache of Jimmy Macdonald’s original sound effects props, and actually used many of them to create authentic effects that had been used for decades on original Mickey shorts, “including the tri-tone boat whistle used in Steamboat Willie,” Kevin says proudly.

Chris Diamantopoulos stepped into the role of Mickey in the new attraction, “Chris was a great pick for Mickey, not only because he performs the voice for the new series of Mickey short cartoons, but because he needed to be able to sing, exactly as he does so well in those cartoons,” Kevin says. The attraction also features the late Russi Taylor in her final performance as Minnie. “Russi saved her best Minnie performance for last,” Rafferty says.

At the end of It’s a Wonderful Life, Clarence tells George, “Strange, isn’t it? One life touches so many other lives.” That’s the chain of life, and creativity, and creation, and culture that we see over and over again in the history—and present, and no doubt, the future—of Disney.

It’s a big part of what makes us respond so deeply, and meaningfully, and personally to the Disney experience.

Burst into Mickey and Minnie’s World! Mickey & Minnie’s Runaway Railway, located in Hollywood Boulevard at Disney’s Hollywood Studios, zips Guests away on a zany adventure through a cartoon universe crammed with surprises. The darling duo are taking a leisurely drive to a picnic in their sporty roadster—with Engineer Goofy’s train following merrily along. Plot twist—you get to go, too! Climb aboard a runaway railway and embark on a whirlwind ride through a world where the rules of physics don’t apply. Prepare for unexpected twists, slapstick gags and mind-boggling transformations at every turn, as Mickey and Minnie try to save the day. There’s no telling where this train is heading! This is an adventure for Mickey and Minnie fans of all ages—coming March 4, 2020! 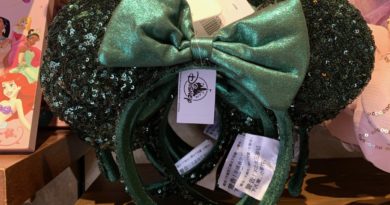 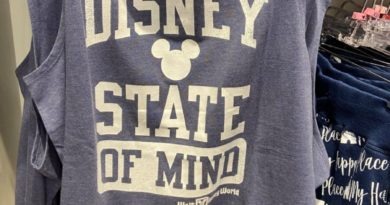 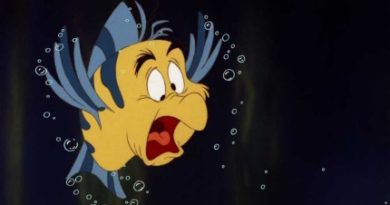