With local communities more in need than ever during this unprecedented time, Disneyland Paris recently donated 15 tons of surplus food inventory to local and national associations in France such as Secours Populaire Français and Restaurants du Cœur, following the important decision to close Disneyland Paris through the end of the month.

The large-scale donation operation was accomplished thanks to resort cast members who were mobilized to identify, collect and redistribute fresh products – including salads, fruit, dairy and more – as quickly as possible.

This is just one example of Disneyland Paris’ longstanding commitment to reduce food waste and support those in need. We take steps throughout the year to raise awareness and engage our guests and cast members, including placing information signs in buffet restaurants and collecting organic food waste from meal preparation in all of our restaurants. 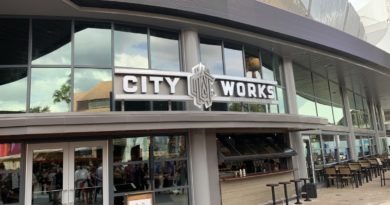 Experience Disneyland Paris Through the ‘Once Upon A Time’ Video Series