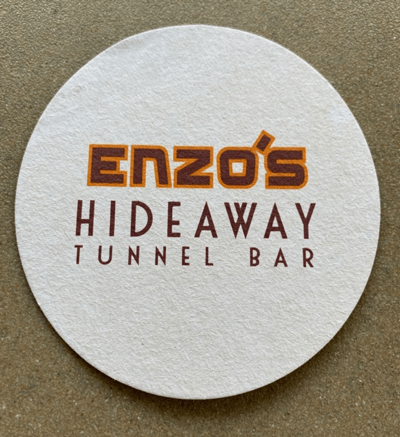 Located in the heart of Disney Springs there exists a unique little restaurant and bar. If you are a fan of immersive type experiences (I am) then allow me to take you to this special place. However, let me share a little backstory on this restaurant. It is actually one of three restaurants that are interconnected. As the story goes Enzo and Maria were an immigrant couple from Italy. They ran a little bakery in the air terminal that serviced Disney Springs. When the terminal closed, they decided to open a pizza place called Pizza Ponte next door. Their business was so successful they decided to open a larger restaurant in the abandoned terminal. We now know this as Maria’s and Enzo’s Ristorante. Both businesses have flourished, and this is where the story gets interesting. It seems that as Enzo was renovating the restaurant, he discovered a secret passage into the power plant next door (Now “The Edison”) and from there into a larger area. Legend has it that this hidden area was a hideaway dating back to the Prohibition era. Enzo, loving the Florida history of rum-running decided to create this hideaway. Please keep in mind that this is only the story I was told, and it could have been embellished somewhat. However, the tunnels are there, it does connect to The Edison and the ambiance is that of a speak-easy. Decorations, graffiti, and furniture all tell of a by-gone time. Our waiter claimed that Enzo left it pretty much as he found it when deciding to open his hideaway. 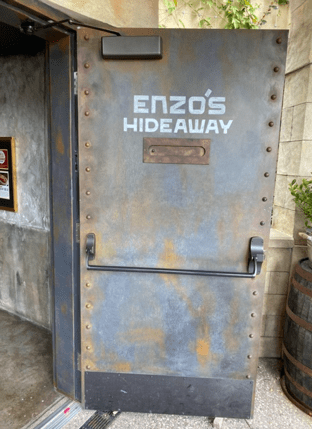 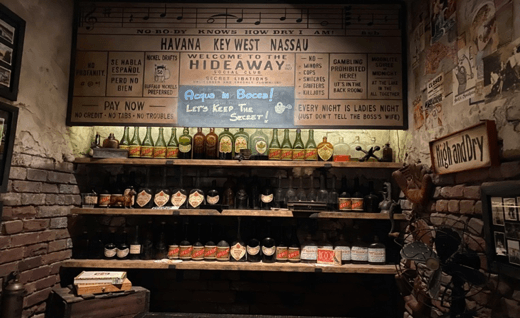 You enter the restaurant through a steel door that does have a viewing slat so only “desirables” are allowed entrance.  At the hostess stand you will be taken to your table. It may be located in an alcove within one of the tunnels or in the main area. We were seated right in the bar area at a nice table. We were there for a light lunch but elected to start with some drinks. 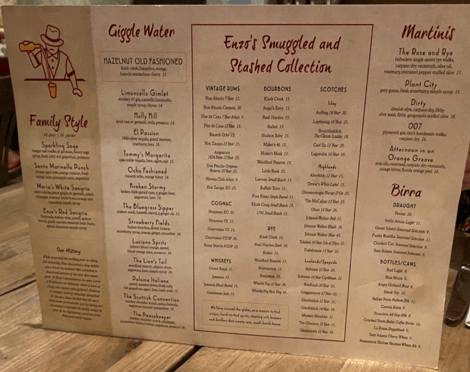 They have an extensive wine list, but we went for a Sangria and a Sparkling Sage. Both drinks were refreshing. We were told that outside of the special wines they have the “tunnel special” which is the Limoncello Gimlet. Perhaps next time! 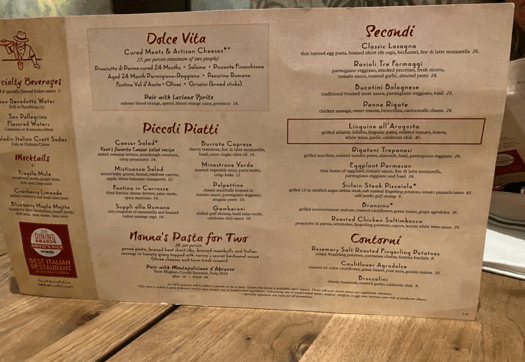 Their menu has many different selections and as we were eating a light lunch, we decided to split the Caesar Salad and an order of meatballs. Though listed as small plates they were more than enough. We had also enjoyed the bread and oil that they started us with. In my opinion no Italian meal is complete without a cannoli. This was no exception and I totally recommend it.

We look forward to going back and enjoying this hideaway again soon as well as trying their other two restaurants. Maria and Enzo have done an excellent job.

As a side note if you need to find the bathrooms, they are located through the original tunnel into the power plant. Along the way you will pass a special room that holds one large table but their extensive wine rack. 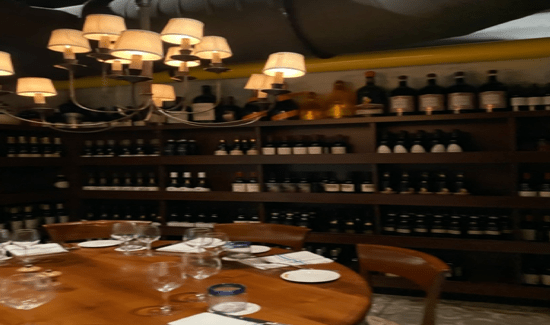 Get Jazzed, All New Product Inspired by Disney and Pixar’s ‘Soul’ Available Now 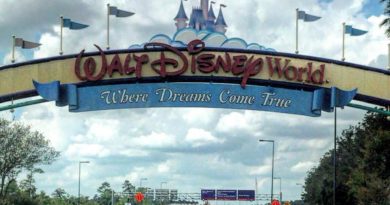