Look! It’s Cinderella! In Our Neighborhood!

Look! It’s Cinderella! In Our Neighborhood!

If you’re like our family, then chances are you’ve been having some serious Disney withdrawals. Sure, we’ve been getting our Disney + fix whenever possible and thank goodness for that but I miss the Disney Parks. The attractions, the food, the fireworks, the shows, the characters…all of it.

So imagine my surprise when I, like so many of you right now, was sitting in my house homeschooling and looked outside and saw Cinderella. Cinderella in a horse-drawn carriage in front of our house. I nearly broke my neck trying to run outside with my two young daughters squealing, “Look! Look! Look! It’s Cinderella, CINDERELLLLLA!” 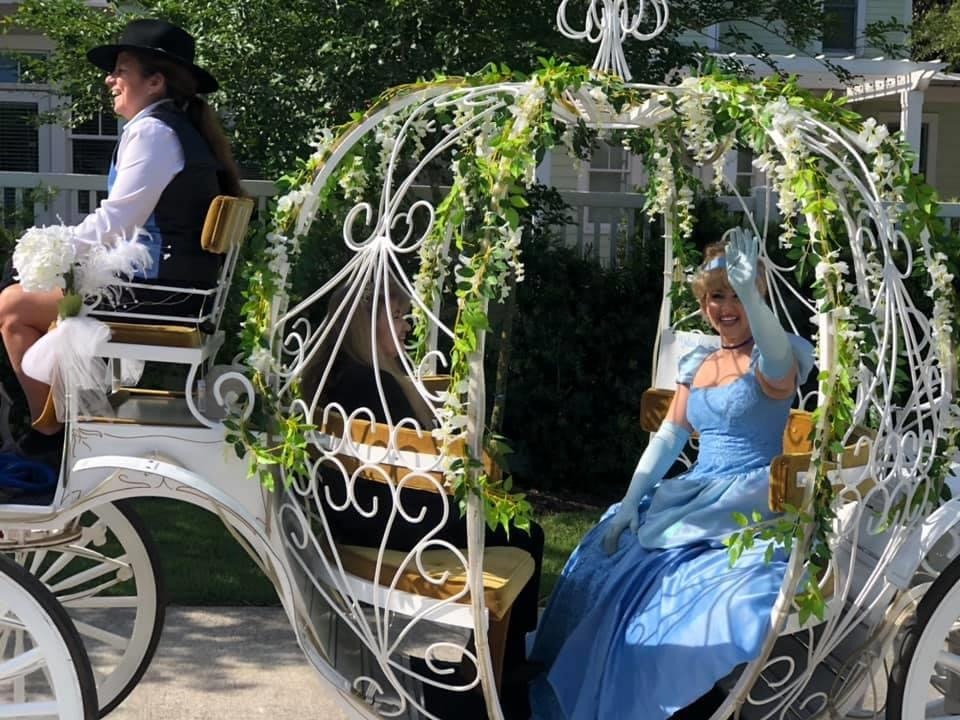 I grabbed my phone and this was the only video I could capture because all of a sudden, I turned into a five-year-old little girl. She waved and told us to have a magical day and then just like a little bibbidi bobbidi boo, she was off. Then the strangest thing happened, I did the full-on Oprah ugly cry. I don’t know if it was the over-whelming surprise Disney magic, being trapped inside the house for over a month now, homeschooling or all of the above, but I full-on cried. My daughters are fourteen and seven and of course, the teenager thought it was the funniest thing that Mommy was crying but she gave me a hug and said, “Awwww Momma, I love you.”

Turns out that this sweet place in our city of Winter Garden, Florida called Soul Haven Ranch (located about 30 mins from Walt Disney World) did this as a sweet gesture for their neighbors. Soul Haven Ranch is a horse farm that specializes in horse therapy, miniature horses, birthday parties, carriage rides and even a Victorian guest home Airbnb.

In this time that has felt so heavy, this was a much-needed Disney break that was appreciated by not only our family but the many others who got to experience this Disney magic moment!