For the Love of Disney Food, Quarantine Edition- Tonga Toast

For the Love of Disney Food, Quarantine Edition- Tonga Toast

From the Walt Disney World News and written by: Elizabeth Thompson

FOR THE LOVE OF DISNEY FOOD: QUARANTINE EDITION- 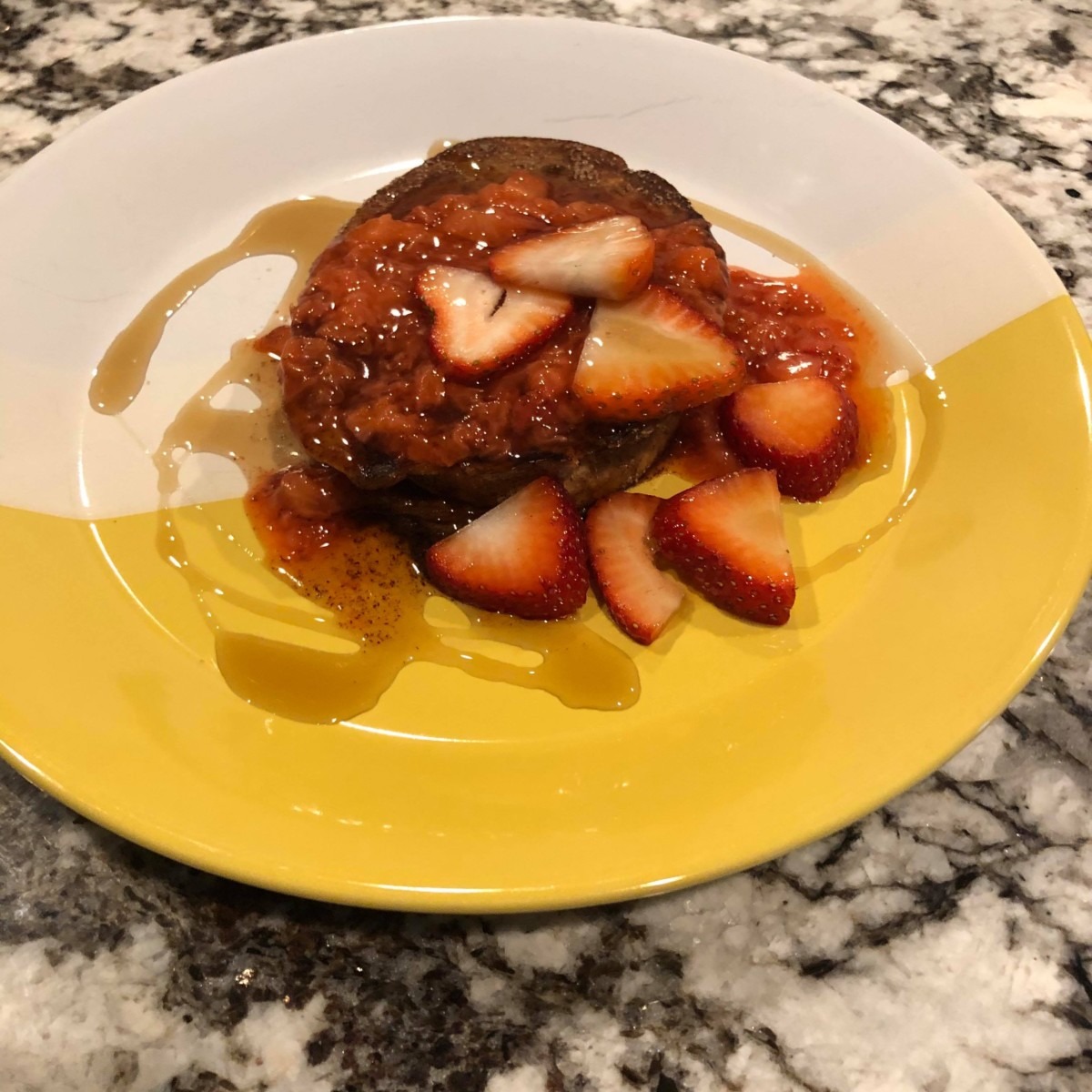 Our fabulous leader Michele Atwood, has been sharing all things Disney food and it has inspired me to throw in some magical meals to our new routine of quarantined home life. On this episode, ha! Joking! How fun would it be to have a cooking show? Food at the parks and resorts are an important part of any trip to Disney. With so many options why would you eat anything twice? Well, I’m a creature of habit, I have favorites and I tend to stick to them in some sort of rotation. After being hunkered down for so long, that’s defiantly going to be a habit I’ll quit. I’m making a list and will be eating it all. If you can’t tell, I’m here for the food. 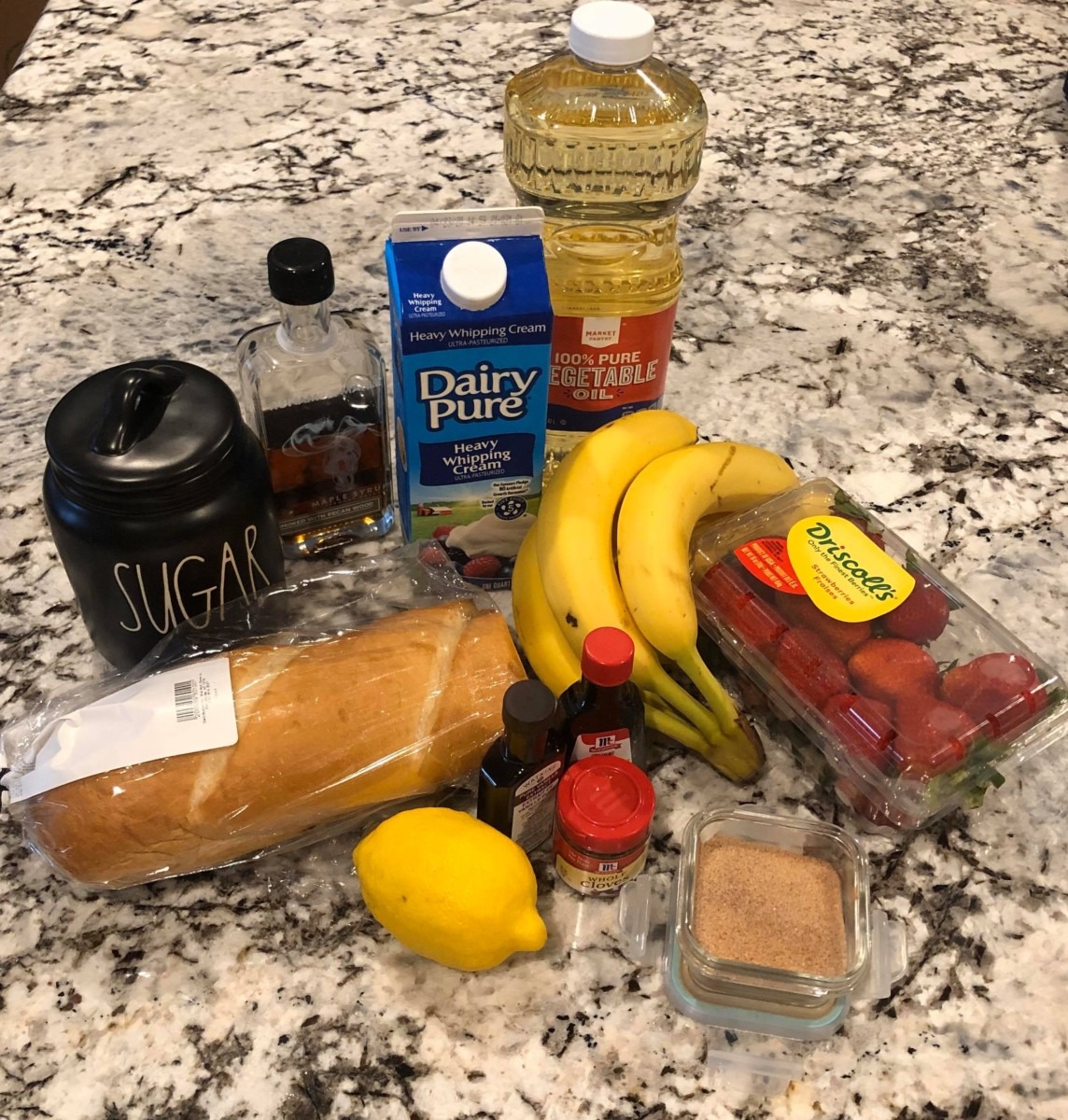 I decided to make Tonga Toast for dinner first. I will be honest; I never had it before making it myself. The shame! A visit to Kona Café is now on top of my list of places to eat. I’ve heard of it, and all the great things said about it, but, like I said before… creature of habit. So, first thing I will say is the list of ingredients is a long one, but I had it all, so it was on! 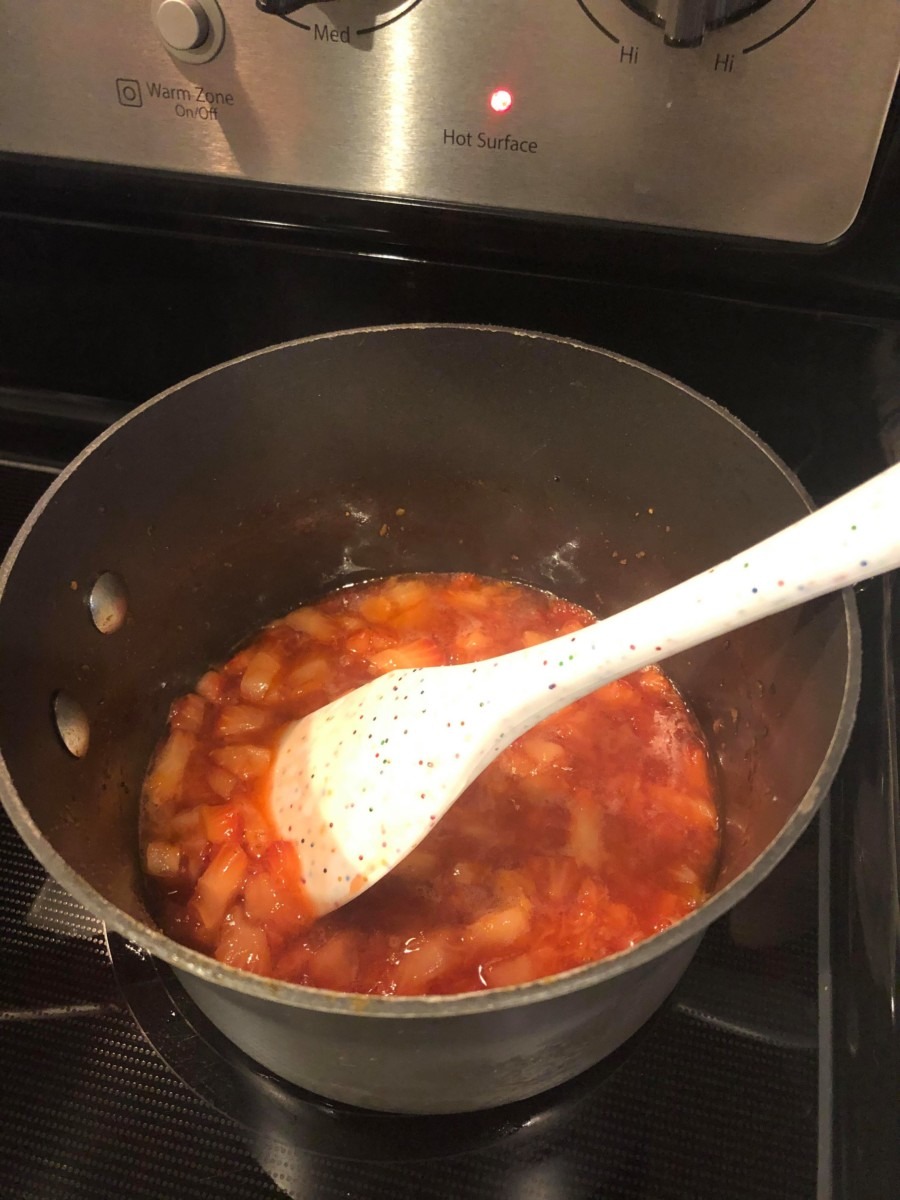 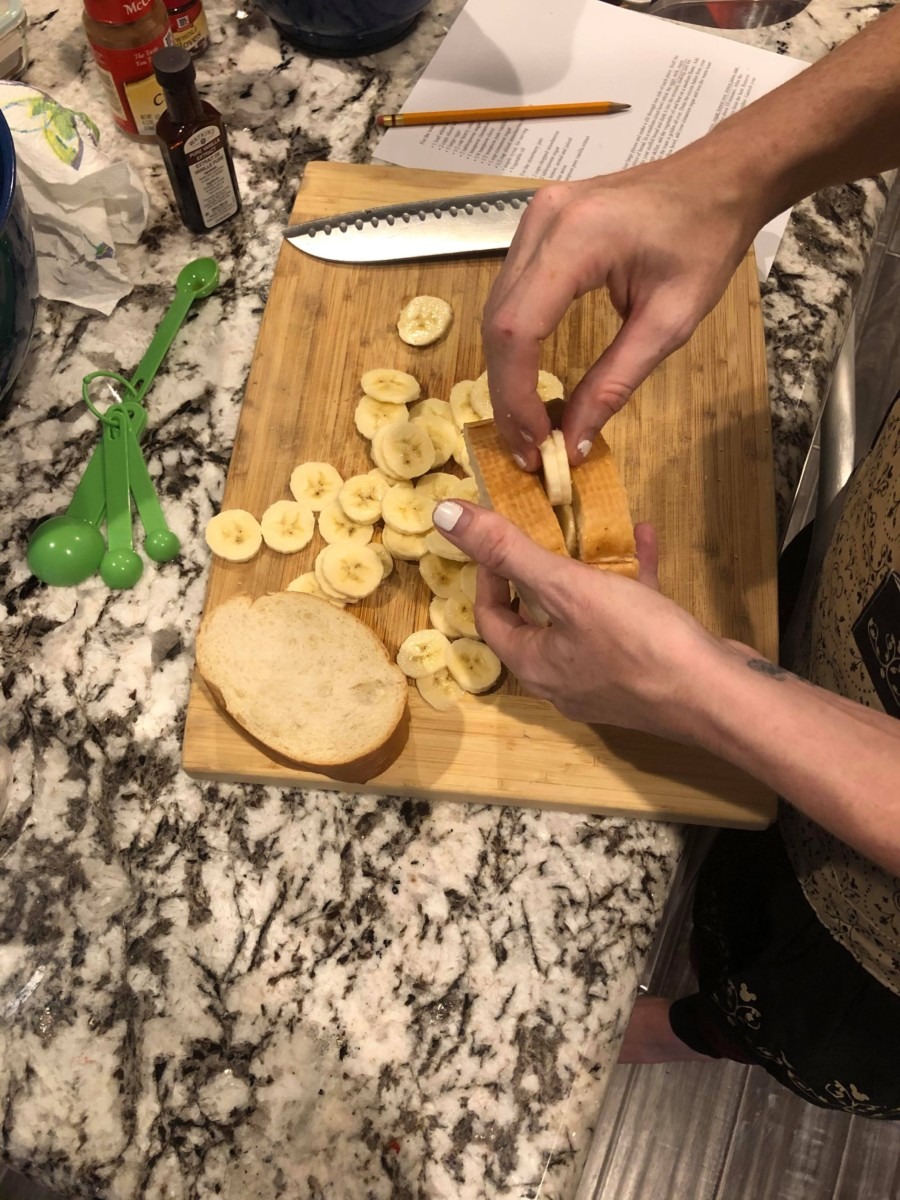 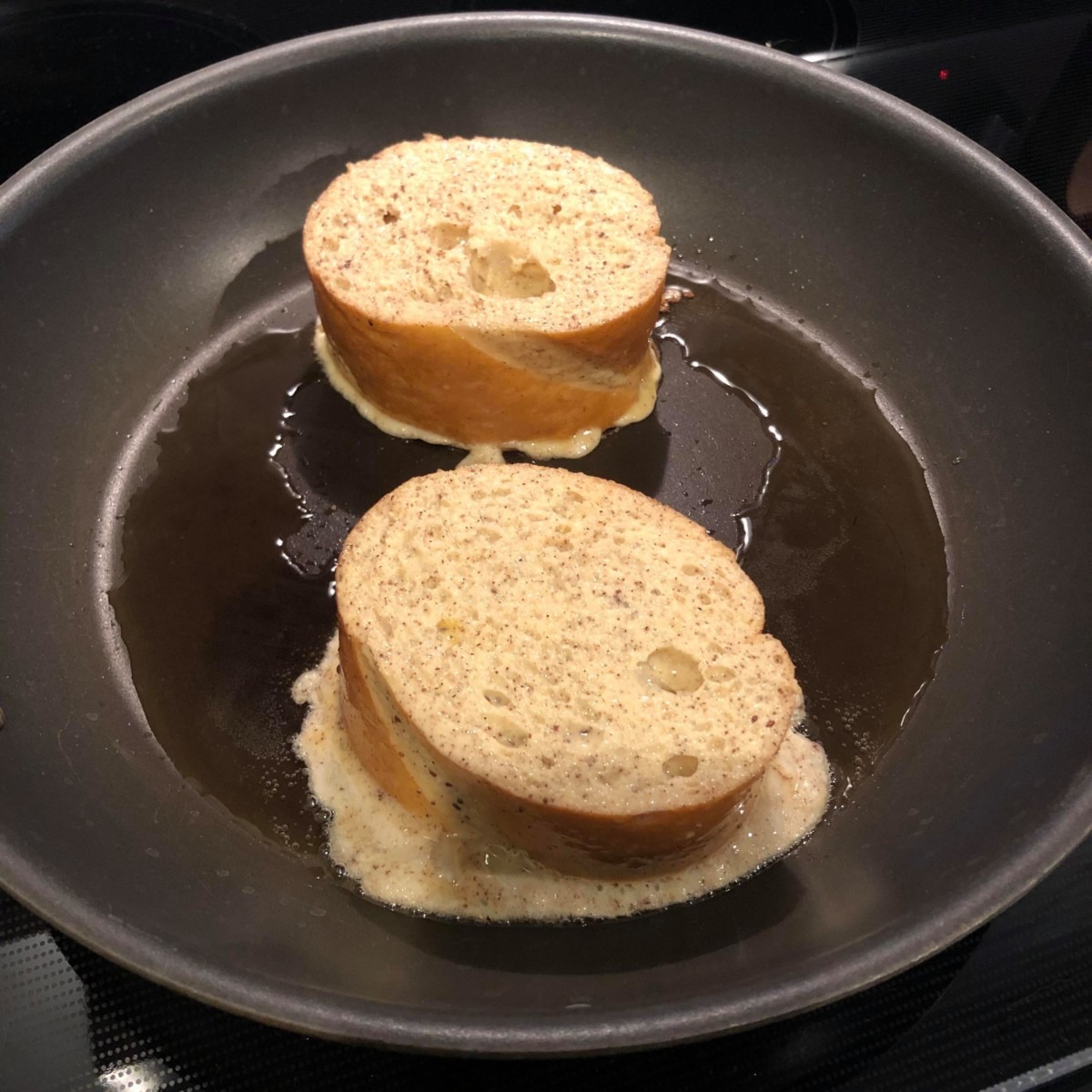 INGREDIENTS
FOR THE STRAWBERRY COMPOTE
1 1/2 c. chopped strawberries
3 tbsp. sugar
1 tbsp. lemon juice
1 tsp. pure vanilla extract
FOR THE TOAST
1 loaf white bread, unsliced
2 Bananas, sliced
4 large eggs
1 c. heavy cream
1 tbsp. sugar
1 tsp. cinnamon
1 tsp. pure vanilla extract
Vegetable oil, for frying
1 c. cinnamon sugar
sliced strawberries, for serving
Maple syrup, for serving
DIRECTIONS
This was fun to make, and the smells are divine. I’m going to need a candle that smells like Tonga Toast pronto. I had to substitute the star anise with anise extract. I don’t know if I used too much or not enough, either way, I figured that it was the infusing of the flavor the recipe was calling for and it’s all I had. Using extract is most likely a stronger flavor that you would normally have with this, but I love anise, so it was ok. You’ll notice in my photo that my toast is darker than what you’ll see from Kona Café, I went heavy with the cinnamon.

I’m rating Tonga Toast, 5 STARS! It’s a must eat suggestion from me. 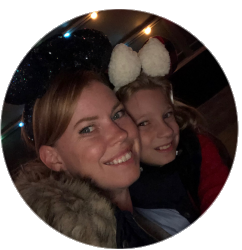