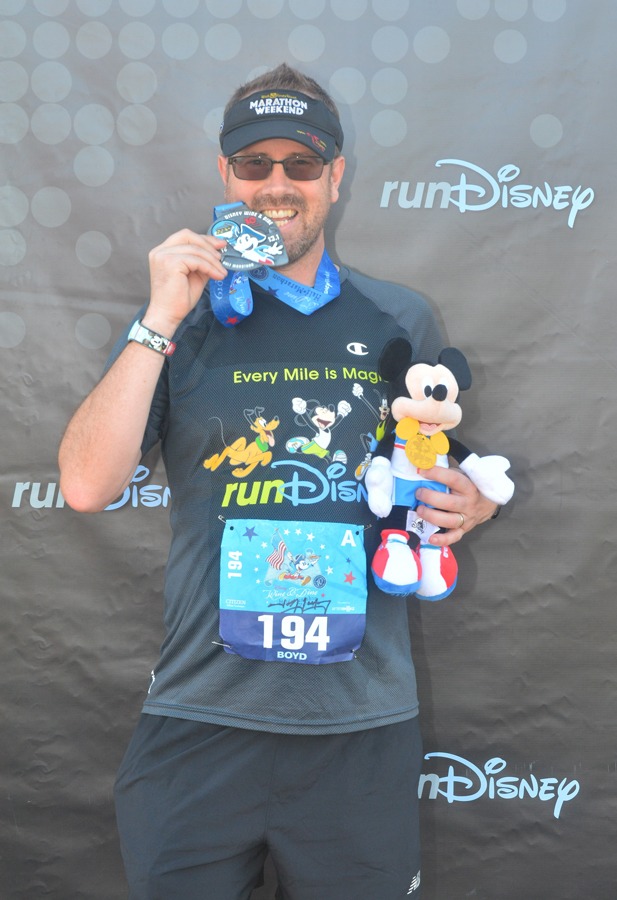 Here’s another incredible runDisney story of courage and hope, another #DisneyMagicMoment…this time from the 2019 Wine & Dine Half Marathon Weekend.

The 2019 Wine & Dine Half Marathon Weekend was
particularly special for Boyd Dunleavey, a cancer survivor who completed the
Wine & Dine Half Marathon. In 2011, Dunleavey was diagnosed with a rare
blood cancer and given a 10 percent chance of surviving more than a few months,
barring a stem cell transplant from a donor outside his family. After a year of
treatments and a cancer relapse in February 2012, doctors located a viable
donor – Nathan Barnes, a gunners’ mate in the United States Navy who was
stationed in Japan. In May 2012, Dunleavey finally received the life-saving
transplant from Barnes.

Shortly after, Dunleavey began running as part of his
recovery, and it quickly became a passion – in part because of his love of
Disney and the community he found in runDisney.
That passion led to something even bigger during the 2019 Wine & Dine Half
Marathon Weekend when, after more than seven years, Dunleavey and his family met
Nathan Barnes, the man who saved his life. To cap off the magical weekend,
Barnes was the first to embrace Dunleavey and present him with his medal when
crossed the half marathon finish line.

Here’s a look at Dunleavy’s magical experience. Keep checking the Disney Parks Blog in the weeks to come as we look back at more amazing, inspirational #DisneyMagicMoments from runDisney events!