May 4th is always a day to celebrate for Star Wars fans, but Disney and Lucasfilm have revealed news that makes the celebration even more exciting. A while back, there were reports that Thor: Ragnarok and Jojo Rabbit director Taika Waititi would be directing a brand new Star Wars movie, though nothing had been confirmed. That changed on Monday when Disney announced that Waititi has officially signed on to direct a live-action Star Wars movie, which is set for a release in theaters, not on the Disney+ streaming service.

Waititi will be directing and co-writing the brand new Star Wars movie, joined on the screenplay by Krysty Wilson-Cairns. Though not quite as well known as Waititi, Wilson-Cairns is a fantastic screenwriter and was just nominated for an Oscar for her work co-writing 1917 with director Sam Mendes. She also co-wrote Edgar Wright’s upcoming film Last Night in Soho.

Even though this will be his first Star Wars feature film, Waititi is no stranger to the Star Wars universe. Last year, Waititi directed the critcally-acclaimed season finale of Star Wars: The Mandalorian on Disney+, which proved that his style and comedic timing translate well to the popular franchise. He has also kept up a solid relationship with Disney over the past couple of years, turning the Thor franchise into a wild and rowdy action-comedy series with Thor: Ragnarok, winning an Oscar for Jojo Rabbit (originally produced by Fox Searchlight before the Disney merger), and jumping on to write and direct the upcoming Thor: Love and Thunder.

Waititi has put in work behind the microphone as well as behind the camera, for both Star Wars and Marvel. The filmmaker voices Korg in the MCU, who made his debut in Ragnarok and later appeared in Avengers: Endgame. For Star Wars, Waititi portrayed the assassin droid-turned-hero IG-11, who sacrificed himself to save Baby Yoda and the crew in the Season 1 finale of The Mandalorian.

At this point, Waititi’s Star Wars movie doesn’t have a set release date, and it likely won’t for some time when you consider all of the production shutdowns caused by the pandemic. However, Waititi probably has to finish Thor: Love and Thunder before entering production on his Star Wars film, so there’s a good chance we won’t see it until at least 2023.

Are you excited about this news? Tell us about it in the comments! 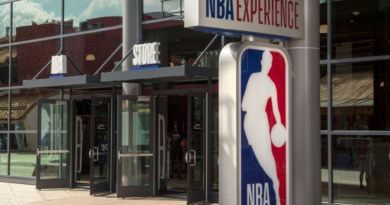