Early in March, prior to the entire shutdown, I went to the library to get some books for my Spring Break. This book piqued my interest and as these months have unfolded, I found it very enlightening. It is more than an autobiography but a guideline for principles that are key for leading but also important as we live out our lives.

Robert Iger became the CEO of the Walt Disney Company in 2005. Many will say that Disney at that time had lost its way. Leadership and decision making were in chaos and times were changing. Deciding not to dwell in the past he had a vision that encompassed three main ideas: 1) Recommit to the idea that “quality matters”, 2) embrace technology, and 3) “think bigger”- go global with the Disney brand. For the past fifteen years, he has done just that.

The book (as an autobiography) is arranged in chronological order from his start at ABC through the purchase of Fox and his planned retirement last year. It is a fascinating look at many things that are now part of the Disney Family. From repairing the relationship with Pixar, the purchase of Marvel and Star Wars, innovating the idea of a streaming service (Disney +), and the opening of Shanghai. Looking back, you can easily see how these ideas were part of the vision he brought as a CEO.

As a leadership manual, it speaks volumes to the way a leader should lead his people. His key principles that he explains thoughtfully are outlined throughout the book. Optimism, decisiveness, curiosity, integrity, and fairness are just a few that are laid out. I am going to quote a section of the final chapter “Lessons to Lead By” as it leaves me with a hope that while our world is currently changed, our parks and experiences will survive….

“The decision to disrupt a business model that is working for you requires no small amount of courage. It means intentionally taking on short-term losses in the hope that a long-term risk will pay off. Routines and priorities get disrupted. Traditional ways of doing business get slowly marginalized and eroded—and start to lose money—as the new model takes over. That’s a big ask, in terms of a company’s culture and mindset. When you do it, you’re saying to people who for their entire careers have been compensated based on the success of their traditional business: “Don’t worry about that anymore. Worry about this instead”. But “this” isn’t profitable yet and won’t be for a while. Deal with this kind of uncertainty by going back to basics: Layout your strategic priorities clearly. Remain optimistic in the face of the unknown. And be accessible and fair-minded to people whose work lives are being thrown into disarray.”

Written over a year ago before this virus and the changes that we are experiencing it can be seen that Robert Iger has laid out the guidelines for recovery. I believe this is one of the reasons he stepped back into his role as CEO at this specific time- the Walt Disney Company needs his optimism and drive.

I recommend reading the book. Granted, there is some “fluff”, but it is a fun read learning how the decisions were made to create the brand we now know and love. His leadership principles can be translated over to how to live our lives and how we treat people. That is something we all can learn! 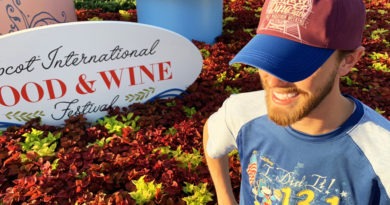 6 Ways to Take Action this Earth Month at Disneyland Resort