It was two years ago today when Woody, Jessie, Buzz Lightyear and the rest of our “Toy Story” pals welcomed us into Andy’s backyard for the grand opening of Toy Story Land in Disney’s Hollywood Studios here at Walt Disney World Resort in Florida.

To commemorate this toy-riffic occasion, we’re offering a very special ride on one of the land’s signature attractions, Slinky Dog Dash – a never-before-seen, 10-hour ride! Yes, you read that correctly … TEN HOURS! Just push play on the video below and let it draw you in to an oddly satisfying, soothing experience as good ol’ Slink continues to dash across your screen over and over again.

This video is also a great way to get ready for the reopening of Disney’s Hollywood Studios on July 15, when Toy Story Land will once again invite you to become an “honorary toy” and play with Andy’s best buddies in a sprawling adventure. After you finish zooming around the land on Slinky Dog Dash, you can take a twirl on Alien Swirling Saucers, play classic carnival games in 4D inside Toy Story Mania!, or grab a bite at Woody’s Lunch Box.

Until then, enjoy this special ride on Slinky Dog Dash and keep checking back with us here at the Disney Parks Blog for even more #DisneyMagicMoments. 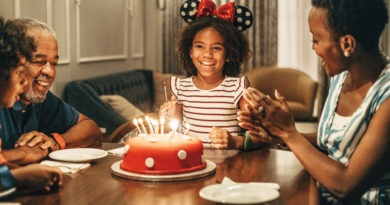