#DisneyMagicMoments: Behind the Camera – Spaceship Earth Lights Up the Night at EPCOT for the First Time 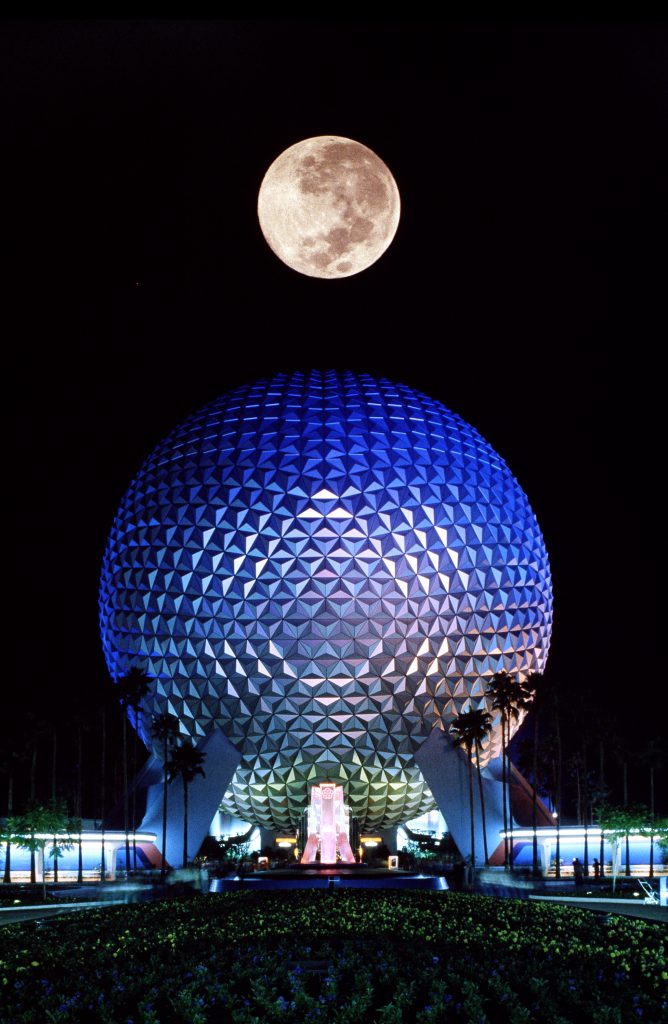 #DisneyMagicMoments: Behind the Camera – Spaceship Earth Lights Up the Night at EPCOT for the First Time

From the Disney Parks Blog and written by: David Roark

Prior to the grand opening of EPCOT back in 1982, I was patiently waiting to see Spaceship Earth at night. We all knew even then what an iconic symbol that massive geosphere would be for Walt Disney World Resort, but I wanted to see it for myself.

It did not disappoint. I took this photo the very first time Spaceship Earth lit up at night, and the way the light bounced off the geodesic panels was amazing (then and now). And then to top it off, we had a fantastic full moon that night, as well – a bit of Disney magic! So to capture both those icons in all their glory in one image, I decided to try using a multiple exposure technique.

Back then, we didn’t have digital imaging software (or digital cameras, for that matter). If I wanted a multiple exposure, I had to create it in the camera itself on a single frame of film – the definition of “old school.” Working on a tripod, I attached a super-telephoto 400mm lens to the camera to capture the moon. Then, I pressed a button on the camera that would not advance the film when I clicked the shutter. I then switched back to a wide-angle lens to capture Spaceship Earth on that same frame.

Because it was all on film, I had no idea if it worked until I returned to my darkroom the next day and developed the shot. Wow, how times have changed! Lucky for me, this experiment turned out pretty well, and proved to me just how fantastic Disney icons look under celestial bodies – a motif I’ve played with over the course of my nearly four decades as a Disney photographer.