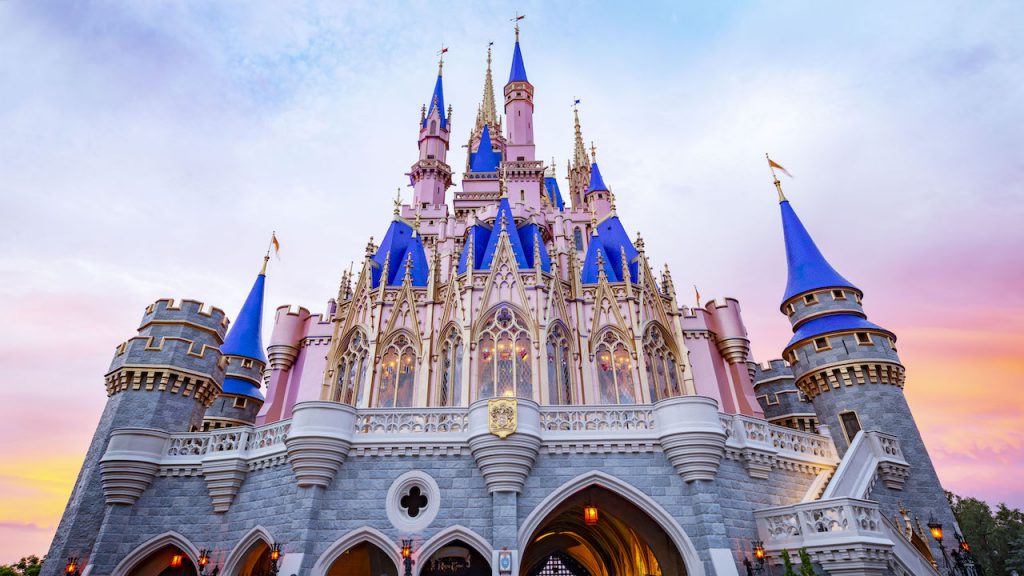 From the Disney Parks Blog and written by: Matt Stroshane

I have spent more time photographing Cinderella Castle than any other single structure at Walt Disney World Resort, so I was very excited to capture the castle with its new royal color scheme. This time, I wanted to see how the new colors would transform some of my favorite vantage points that I know so well here at The Most Magical Place on Earth.

Having spent several mornings now at Magic Kingdom Park photographing this new look for the iconic castle, I’ve come to know it quite well. I love how the new colors pop, how certain details – perhaps unnoticed before – stand out with the gold overlay, and how the castle “glows” now when hit by sunlight.

There was one angle, though, that I could only capture during this special time. While the work was being done on the castle, the water in its moat had to be drained. Taking advantage of this rare occurrence, I arrived early one morning and was able to walk down into the moat and photograph the castle from a rarely seen angle. From this perspective, Cinderella Castle takes on a whole new level of grandeur.

It was icing on the cake for me to photograph Cinderella in front of her namesake, just as the sun was coming up. She brought the castle’s new look to life in a way only a princess can.