Rising moons! Tomorrow is an exciting day, as it marks the one-year anniversary of Star Wars: Galaxy’s Edge at Disney’s Hollywood Studios. In anticipation of this milestone, tonight we’re taking you on a virtual, 360-degree trip inside two of the most popular venues in the land: Oga’s Cantina and Dok-Ondar’s Den of Antiquities!

These two videos capture one of my favorite things about traveling to Black Spire Outpost on Batuu … I literally just love standing still and looking around. There’s so much to see, so much to hear, so many incredible details to soak in – I seem to discover something new every time I visit.

Dok-Ondar’s Den of Antiquities is the perfect place for this type of visual exploration, with its eclectic selection of rare and mysterious items. In this 360-degree video, you can look around the shop and learn more about many of the artifacts that adorn its walls.

Oga’s Cantina is where people gather in Black Spire Outpost to share their stories with one another. In this 360-degree video, you can look around the vibrant watering hole and listen to the music provided by DJ R-3X (I’m pretty sure you’ll recognize the tune he’s playing). You may want to watch this while using a pair of earphones – it sure sounds like there are some whispers from a galaxy far, far away I’m detecting in there. After all, you never know what you may overhear in Oga’s Cantina …

Check back with us tomorrow here at the Disney Parks Blog, as we will have more coverage of the Star Wars: Galaxy’s Edge one-year anniversary at Disney’s Hollywood Studios. 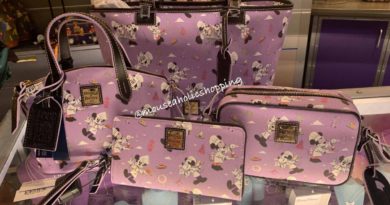 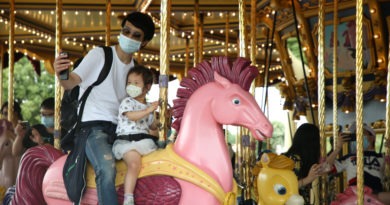