As we recently shared, the Marvel Cinematic Universe and the world just faced the tragic and unexpected loss of Chadwick Boseman. While everyone gets used to this new normal without the MCU star, Disney is struggling with how to proceed with “Black Panther 2” given the fact that the film’s leading star is no longer with us.

According to a new report from The Hollywood Reporter, it’s been revealed that fans weren’t the only ones to not know about Boseman’s battle with colon cancer as Disney and Marvel Studios execs also had no idea of the actor’s 4-year battle with cancer. Reportedly, Marvel’s chief creative officer Kevin Feige had found out about Boseman’s cancer diagnosis only an hour prior to his death in an email.

It’s been revealed that only a handful of people not related to Boseman knew about his illness, including his producing partner Logan Coles, his agent Michael Greene, trainer Addison Henderson, and “42” director Brian Helgeland.

The sequel film was set to go into production in March, which a source close to Boseman told The Hollywood Reporter he had been planning to prepare for at the beginning of September. Boseman had become noticeably thinner due to his illness and wasn’t in the shape he had been in at the time of shooting the first film.

Disney sources say the company is processing its grief and its current focus is to pay tribute to Boseman and not on the production of the “Black Panther” sequel. However, this sequel isn’t the only film Boseman was set to star in as the actor’s comic-book character was also set to appear in other future films within the MCU.

How do you think Marvel Studios should proceed with the story of “Black Panther” in the Marvel Cinematic Universe films without Boseman? Let us know in the comments!

Find your #HappyPlace: The ‘Best Eats’ at the Disney Springs Neighborhoods – Town Center 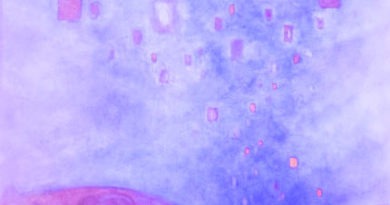 Where Can You ‘Sea’ This? Disney Magic Edition

Be Fashionable & Fabulous this Holiday Season with Magical Outfits & Accessories!

New Villain Reported for ‘Guardians of the Galaxy Vol. 3’ per a New Set Photo Release