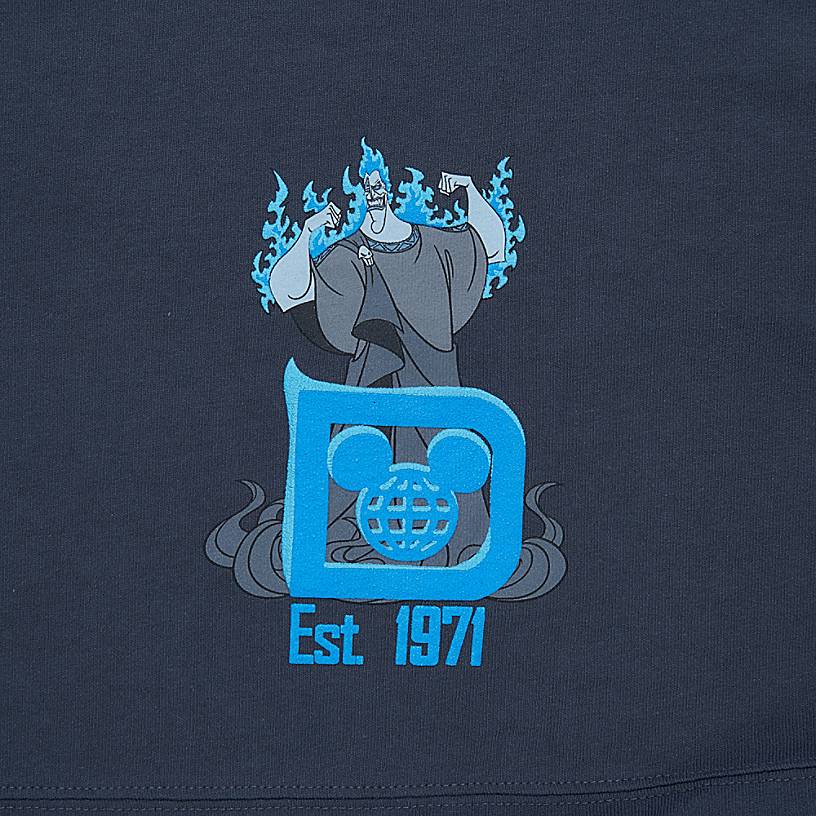 Fall is here, which means it’s time to get ready for the holidays in only the most fierce and fiery attire. Why not check out this flaming new Spirit Jersey themed after everyone’s favorite lord of the underworld?

This new Hades Spirit Jersey perfectly captures the fires, flames, and style of Hades in the perfect fall accessory. The Disney pullover shirt features an allover flaming print pattern Hades screen art on the chest with a puffy “D” icon underneath it.

On the back, following in suit with other Disney Spirit Jerseys, it features the Walt Disney World banner in a similar colored pattern with flames. The jersey is made of a medium weight fabric with pieced yoke, ribbed crew neck, and is 100% cotton.

Fort those on the West Coast who don’t want to feel like they’re missing out on this villainous fun–you can also take part in the evil of this Spirit Jersey as there is also a Disneyland version of it.

Similar to the Walt Disney World version, the Disneyland version features the same allover print with the flaming resort banner on the back. The front chest design is the same for both versions of the spirit jersey.

For those who can’t get enough of the supreme leader who wanted to overthrow Hercules, should we also mention shopDisney also has this villainous Hades-inspired pullover?

The pullover hoodie features allover Hades screen art, soft knit fabric, long sleeves, drawstring closure, ribbed cuffs and hem, and the “Disney Hercules” logo label at the hem.  The hoodie can be purchased on shopDisney for $44.99. To purchase, click here.

Will you be rocking out this holiday season to one of Disney’s most infamous villains in one of these epic Hades-inspired Spirit Jerseys? Let us know in the comments!