Star Wars fans–last week, we got the exciting announcement of the premiere date of the second season of the Disney+ original intergalactic series The Mandalorian. Now, Disney has given us an exclusive first look at the second season to come and our excitement is out of this world!

This first look comes in a series of new images released from Lucasfilm to Entertainment Weekly, which previews the show’s main characters in the new season before they officially return to the small screen. For those not familiar, the first season followed bounty hunter Din Djarin, an orphan raised by Mandalorian warriors, as he traveled across the galaxy while protecting (who is arguably the most adorable being in the galaxy far, far away) the Child.

However, it seems the series has only just begun and it has a lot of exciting adventures and characters to come. Of course, at this time Disney has only confirmed one new cast member (Rosario Dawson as Ahsoka Tano). Although, there is an interesting list of actors set to appear at a Star Wars Comic-Con panel. Some of which, are believed to appear in the second season.

Rosario Dawson (who is confirmed to appear as Ahsoka Tano in the live-action series), Temuera Morrison (who played Jango Fett in the prequels and is believed to play a version of a clone trooper or the bounty hunter Boba Fett), Katee Sackhoff (who is thought to be Bo-Katan Kryze in season 2), and Michael Biehn and Timothy Olyphant (at this time no one really knows who Biehn or Olyphant will be portraying in the new season).

As we’ve previously shared, this second season seems to be revolving around Moff Gideon and his hunt for The Child. Gideon’s actor, Giancarlo Esposito, teased “lightsaber action” earlier this year, meaning we’re hopefully getting some lightsaber battles coming to a small screen near you in October.

Season two of The Mandalorian will be premiering on Disney+ October 30.

Will you be streaming the new season when it premieres? Let us know in the comments! 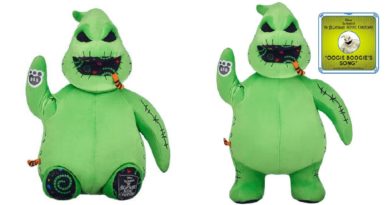