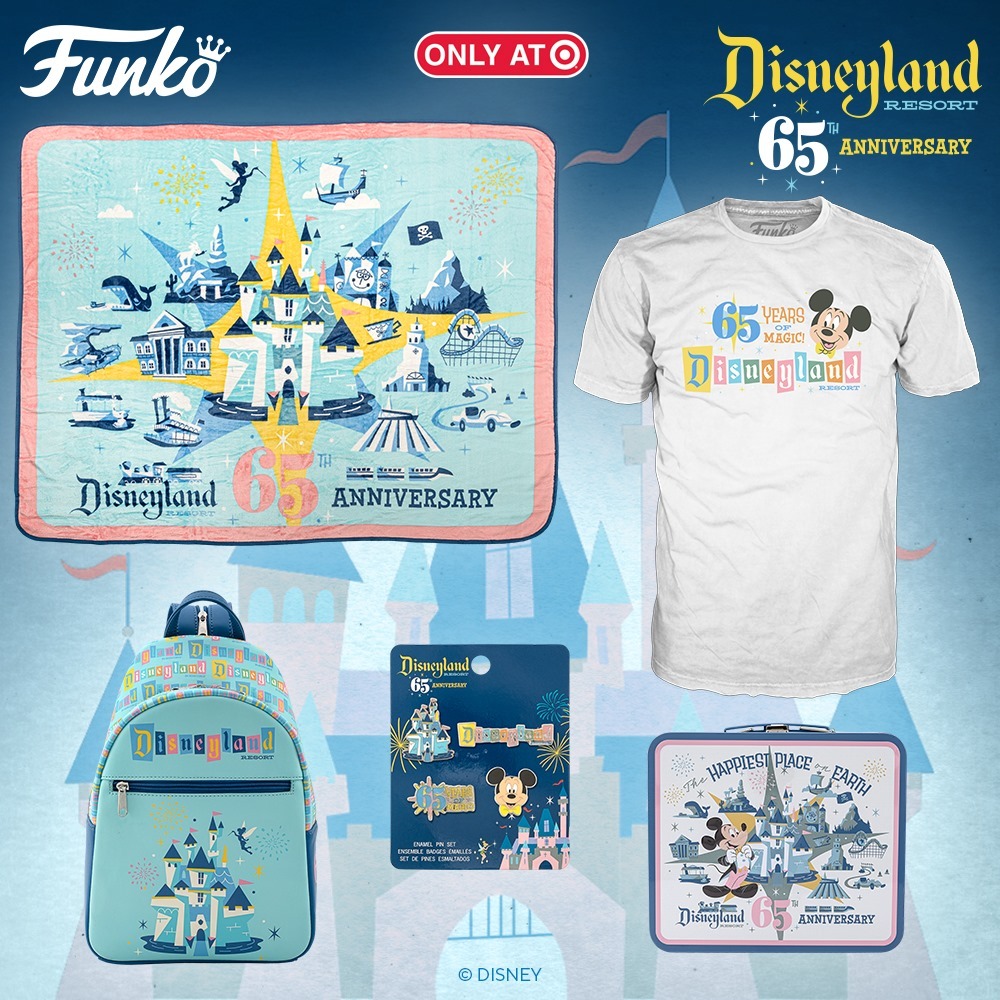 Funko fans–get your Target red cards ready as the major retailer, along with Box Lunch, will be releasing exclusive Disneyland 65th Anniversary Funko merchandise next month and we couldn’t be more excited!

The news comes from the official Funko Facebook page, which gives a sneak peak at the exciting merchandise to come (pictured above and below). As seen in the image below, some of this merchandise coming to Target includes a special “65 Years of Magic Disneyland” T-shirt, backpack, pins, “Happiest Place on Earth” tin lunch box, and a blanket!

Exclusive merchandise coming to Box Lunch include three Disneyland pullover sweaters, a Disneyland Loungfly backpack, a special pin set (which when arranged together makes a map of Disneyland), a notebook featuring a graphic of Sleeping Beauty Castle, a Walt and Mickey keychain, and a set of pins with some of the Disneyland Resort’s most beloved attractions! All of which, is pictured above!

With this exciting news of merchandise coming to both Target and Box Lunch, Funko also revealed some upcoming keychains and Funko Pop! figurines that will also be released as part of this new collection. However, they will all only be available at Entertainment Earth.

Pictured above, is a new series of Funko keychains including Peter Pan, Alice, Minnie Mouse riding Dumbo, and Mr Toad–all of which, are based on their attractions found throughout the Disneyland Parks.

Similar to the merchandise coming to both Target and Box Lunch, these Funko Pop! figurines and keychains will be available beginning  in early October! Currently, an exact premiere date for this merchandise has not been revealed. Although, you can begin pre-ordering the Funko Pop! figurines and keychains beginning today! To pre-order these items, click here.

Will you be purchasing this exclusive Disneyland 65th Anniversary merchandise when it comes out next month? Let us know in the comments!