From the Walt Disney World News and written by: Jackie Kutney

I don’t know about you, but I love Halloween (almost as much as I love Christmas)! Just because Halloween won’t be the same at Disney this year, doesn’t mean you can’t bring some “Not So Scary” fun to your home. I came across this pumpkin cupcake recipe from the Contempo Cafe on the Disney Family website. Check out the recipe below for a delicious pumpkin treat! 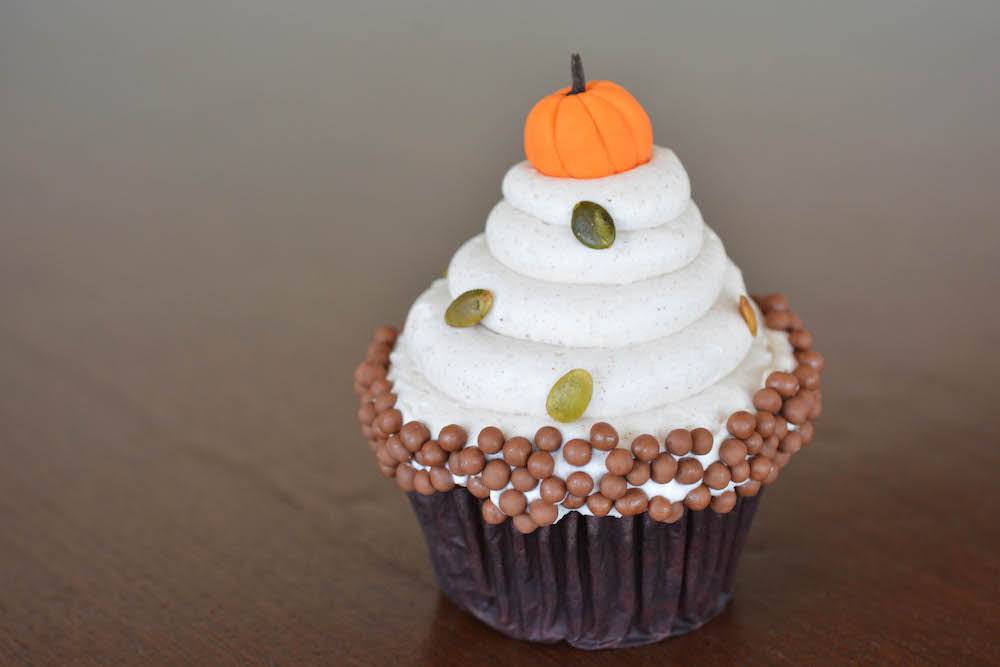 Pre-heat your oven to 350°F. Line two muffin pans with paper liners; set aside.
Cream the sugar and butter in an electric mixer bowl at medium-high speed for about 4 minutes.
Meanwhile, sift together the flour, baking powder, cinnamon, baking soda, nutmeg, and salt. Set aside.
Add the eggs one at time, allowing for each one to fully incorporate after each addition, scraping the sides of the bowl after each addition.
Add the pumpkin puree and vanilla extract, mixing until combined (about 1 minute).
Add flour mixture in two additions on low speed. Turn the mixer to medium speed; mix 2 minutes until completely combined.
Pour batter into lined muffin pan, filling wells 3/4 full.
Bake approximately for 20 minutes, or until cupcakes spring back when lightly pressed.
Allow cupcakes to cool completely before frosting.

Cream the butter and cream cheese with an electric mixer until fluffy; add confectioners’ sugar in 4 additions. Beat on medium-high speed for about 4 minutes, scraping sides of the bowl as needed, until light and fluffy.
Add vanilla extract and cinnamon, mixing to combine (about 1 minute).
Put into a piping bag or a heavy-duty re-sealable plastic bag; cut off tip of bag and set aside.

Remove the center core of each cupcake by cutting into the center of the cupcake with a small serrated knife, 1/4 inch from the edge, at a 45-degree angle. Cut about 1/3 of the way through cupcake, being careful not to cut all the way to the bottom. Gently move the knife in a circle, creating a cone-shaped piece. Gently remove the center from cupcake and reserve. Repeat with remaining cupcakes.
Put cream cheese filling into a piping bad, and cut a small hole in the corner. Squeeze filling into the hollow centers of cupcakes. Place centers on cupcakes, upside down, so the flat side is touching the filling.
Pipe cinnamon buttercream icing onto cupcakes, fully covering cones. 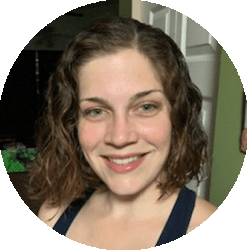 Jackie Kutney is originally from Orlando and a lifelong Disney fan. As a former dance teacher and competitor, she has always been drawn to that special Disney magic and the excitement from the cast members and performers. When she graduated from college in Jacksonville, she always thought she’d move back home to Orlando and work at Walt Disney World. After meeting her now-husband, life had other plans and took them a little farther away, but they still visit the parks often. She enjoys sharing her love of Disney with her two sons (and just about everyone else) as well as helping friends and family plan their visits. She loves Mickey ice cream bars, fireworks, roller coasters, and just about everything Disney.

Dashing Through the Fun: Holiday Entertainment at Disneyland Resort