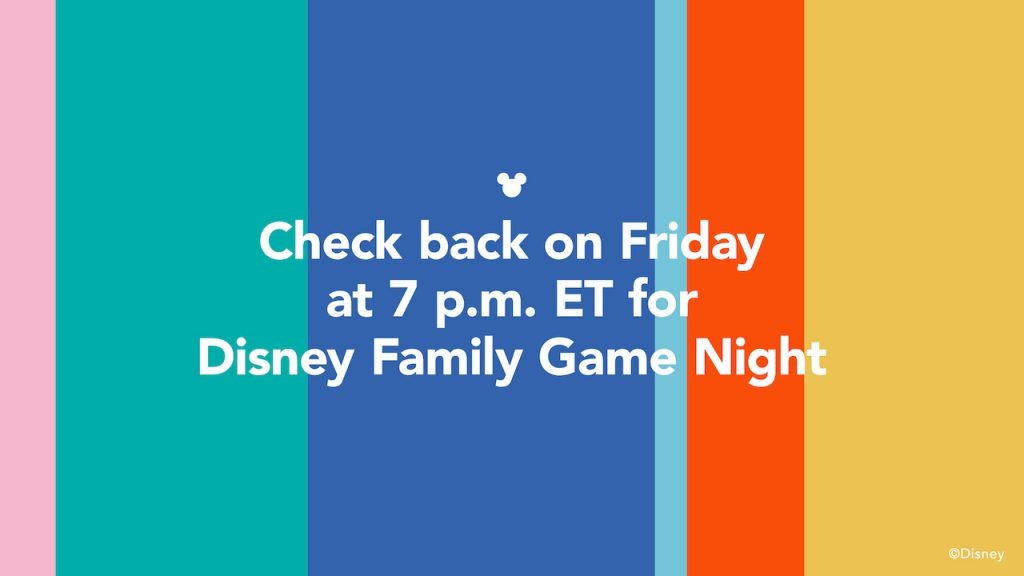 Beginning at 7 p.m. ET on Friday, you can create magical memories and have some Disney fun by participating in LIVE game play during the “Walt Disney World Resort” edition of Disney Family Game Night.  The night will feature trivia, puzzles, guessing games and more.  Also, Alfonso Ribeiro from ABC’s “AFV” will be a special guest host of this edition’s bonus round!  You can watch Alfonso and check out new episodes on “AFV” every Sunday on ABC at 7/6c.

The scorecard will be needed during challenging trivia rounds testing how much you know about the Walt Disney World Resort.

And for this week’s Disney Family Game Night, you can surprise everyone with a favorite dessert inspired by the ultimate “Grey Stuff” found at Walt Disney World Resort and other Disney destinations. Being one of our most sought-after recipes, our chefs got together to create this simple version the entire family will enjoy making and eating! Click here for the full “Grey Stuff” recipe – it’s delicious!

Check back here on the Disney Parks Blog on Friday at 7 p.m. ET for LIVE play during Disney Family Game Night.  Be sure to share your game night experience with us by using hashtag #DisneyMagicMoments and tagging us @WaltDisneyWorld.  And if you’re not able to join us on Friday, the game will be available for replay on YouTube and Facebook.

Gather your team and we’ll see you back here on Friday night!