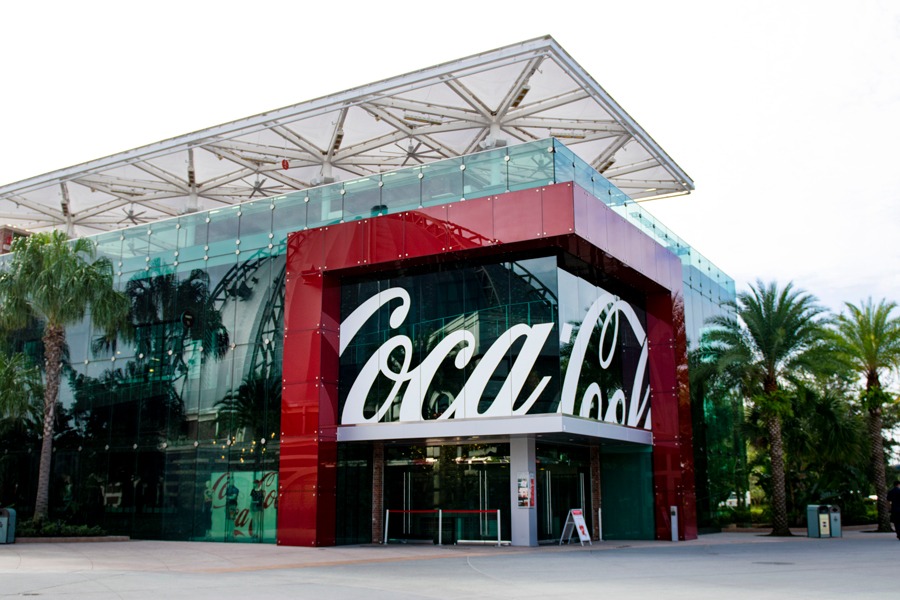 From the Disney Parks Blog and written by: Kelsey Noland

When I found out that Coca-Cola was planning to open a Coca-Cola Store at Disney Springs during our historic transformation, I was ecstatic! Coca-Cola was always in my house growing up and I dare to say that my mom is Diet Coke’s number one fan. The brand provides such a nostalgic nod to my childhood much like Disney. When I started working at Walt Disney World Resort, I began to learn more about the long-standing history and heritage that Coca-Cola and Disney share together.

From the opening of Disneyland on July 17, 1955, Disney and Coca-Cola began their partnership on Main Street, U.S.A when Coca-Cola sponsored the Refreshment Corner. The partnership continued to expand to Walt Disney World Resort at Magic Kingdom Park with their own Refreshment Corner (now Casey’s Corner). A few years later in 1982, Coca-Cola became the exclusive supplier of carbonated beverages at Walt Disney Parks and Resorts and now the partnership has only continued to grow to other Disney Parks around the world.

Fast-forward to 2020 and the Coca-Cola Store at Disney Springs has become a guest-favorite destination and one of my favorite spots on property. If you haven’t stopped in before, this store is a must-stop for any shopper! The building is modeled after a 1920’s bottling plant and is filled with unique branded gear including their eco-conscious 5by20 collection, which includes handcrafted items from female artisans around the world. You’ll also find merchandise that pays homage to other popular Coca-Cola drinks including Sprite and Fanta just to name a few and even a new line of exclusive Coca-Cola Loungefly bags and wallets. Just this summer, both brands have come together again to debut the new Coca-Cola x Walt Disney World Resort Collection.

Exclusive to the Coca-Cola Store at Disney Springs, this new collection is the perfect blend of both iconic brands brought together in a bold, refreshing way. The product developers were inspired by the timeless appeal and youthful optimism both brands represent and the design approach is all about bold simplicity—celebrating the iconic Mickey Mouse icon with the Coca-Cola script logo – where the world’s favorite soft drink meets the happiest place on earth. You’ll find just about anything you might be looking for in the collection including a wide variety of t-shirts, sweatshirts, drinkware, hats, keychains, and more.

I’d be remiss if I didn’t mention the Coca-Cola Store Rooftop Beverage Bar located at the very top floor of the store. Here you’ll explore all Coca-Cola’s classic flavors and even exotic flavors from all corners of the globe all with a breathtaking, panoramic view of Disney Springs! They have quite the extensive beverage menu including frozen drinks, classic Coke floats and the popular “Tastes Around the World” tray where you can try up to 16 international flavors. Spirited beverages are also available like the seasonal “FANTAWeen Punch” available Oct.1-31. (Valid I.D. required.)

If you plan to do any shopping at Disney Springs, be sure to tag your photos with #DisneySprings and #CocaColaStore.