Here’s some breaking news courtesy of comicbook.com! Let us know what you think!

Disney is moving forward with a sequel to The Lion King in the photo-realistic format. This time around, Barry Jenkins will be directing. Jenkins previously hit a cinematic home run with Moonlight, the Oscar-award winner for Best Picture. He also wrote the Oscar-nominated screenplay for If Beale Street Could Talk. The first Lion King remake was directed by Jungle Book and Iron man director Jon Favreau who is now running the show with The Mandalorian. The Lion King sequel does not yet have a release date or production start date but is likely a high priority given the box office success of the first film.

Jeff Nathanson, writer of 2019’s The Lion King, is returning to write the sequel. Details are mostly being kept a secret for now but wht is known is that The Lion King sequel will dive into Mufasa’s origins. It will be not be a prequel by any means, as it will also be focused on progressing the story forward with the existing characters from 2019’s film.

“Helping my sister raise two young boys during the ’90s, I grew up with these characters,” Jenkins said. “Having the opportunity to work with Disney on expanding this magnificent tale of friendship, love and legacy while furthering my work chronicling the lives and souls of folk within the African diaspora is a dream come true.”

The is no official word on whether or not the cast will return for the sequel as a whole, as a part, or not at all. The original film called for the voices of Donald Glover, Beyonce, Chiwetel Ejiofor, Alfre Woodard, James Earl Jones, John Oliver, Keegan-Michael Key, Seth Rogen, Billy Eichner, Eric Andre, Amy Sedaris, Florence Kasumba, and Chance the Rapper.

Disney’s spree of adapting its original films into live-action films, with this case being an a different form of animation designed to look realistic, has been relentless in recent years. Beauty and the Beast, Aladdin, and Mulan are among those which have already been released. Still to come is are Peter Pan, Pocahantas, this Lion King sequel, and The Little Mermaid, among others.

Photo and info from comicbook.com! 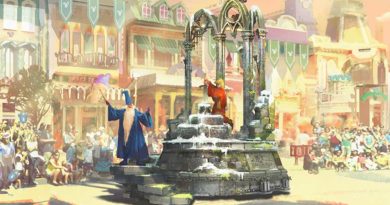 There is Fun for All Jedi Teens at Star Wars: Galaxy’s Edge