We all know the pandemic has brought on hard times for many companies–including our most favorite of all: The Walt Disney Company. And how could it not have? Especially due to the lengthy closures of its theme parks around the world and the complete halt of its new film premieres at international box-offices. However, per a new announcement by Disney ,on Monday, it seems the company is regrouping and has a new strategy moving forward. Specifically, the change of its “primary focus” to streaming.

CEO Bob Chapek commented on the news in an interview with CNBC where he acknowledged the hardships brought on by COVID and its impact on the company–a challenge, he doesn’t completely credit to this new restructure.

“I would not characterize it as a response to Covid,” CEO Bob Chapek told CNBC’s Julia Boorstin on “Closing Bell” on Monday. “I would say Covid accelerated the rate at which we made this transition, but this transition was going to happen anyway.”

This move is said to accelerate the company’s direct-to-consumer strategy by centralizing its media businesses into a single organization that will be responsible for content distribution, ad sales, and Disney+.

The new change sees the promotion of Kareem Daniel, the former president of consumer products, games and publishing. Daniel will now oversee the new media and entertainment distribution group–which includes Disney+, the company’s streaming platform that has amassed over 50 million paid subscribers. Disney+ currently accounts for half of the company’s paid subscribers across its many streaming offerings.

As part of Daniel’s new position, he’ll also be in charge of making sure streaming becomes profitable. This is all in addition to taking control of the company’s streaming services and domestic television networks, including all content distribution, sales and advertising.

As we recently shared, only days ago, the company announced Disney/Pixar’s upcoming “Soul” will skip theaters and go directly to Disney+. This will be the third film this year the company has pulled from theaters to move to the popular streaming service.

“Given the incredible success of Disney+ and our plans to accelerate our direct-to-consumer business, we are strategically positioning our Company to more effectively support our growth strategy and increase shareholder value,” Chapek said in a statement announcing the reorganization. “Managing content creation distinct from distribution will allow us to be more effective and nimble in making the content consumers want most, delivered in the way they prefer to consume it.”

What are your thoughts on The Walt Disney Company making their “primary focus” its streaming services, which could include the pulling away from the Disney Parks? Let us know in the comments! 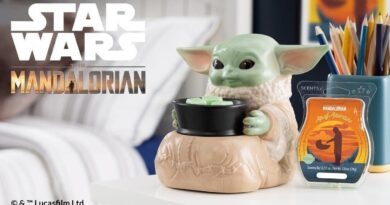 Fozzie Bear Gets a Lesson in Comedy at the Disneyland Resort

Look Ahead: Visiting Disneyland Resort in 2020