From the Disney Parks Blog and written by: ambassadorteam

Serenading specters, spooktacular spectacles and all the savory treats!

Our ghoul-obal ambassadors have come together to share their favorite ways to celebrate the spookiest time of year at Disney Parks. They’re joined by Cadaver Dans at Walt Disney World Resort; villainized selfie spots at Disneyland Paris; and a costumed ‘Olu Mel plush at Shanghai Disney Resort that’s too precious to pass up. Have a hankering for festive foods? The Guru-guru Mummy Buns are a ghoulishly good treat at Tokyo Disney Resort; and Jack Skellington adds a layer of fun to your buttery popcorn bucket at Hong Kong Disneyland.

Here’s a look at what else is materializing during the season:

There’s more festive fun heading your way! Check out the “Everything Halloween” page for more updates on the spookiest season of the year!

Time for Your 2021 Summer Bucket List at Disneyland Resort 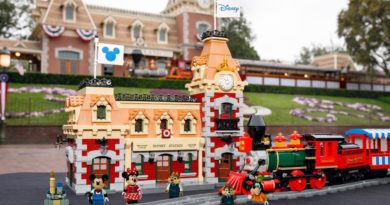 Disney ‘Ohana at Aulani Care for the Land During Earth Month