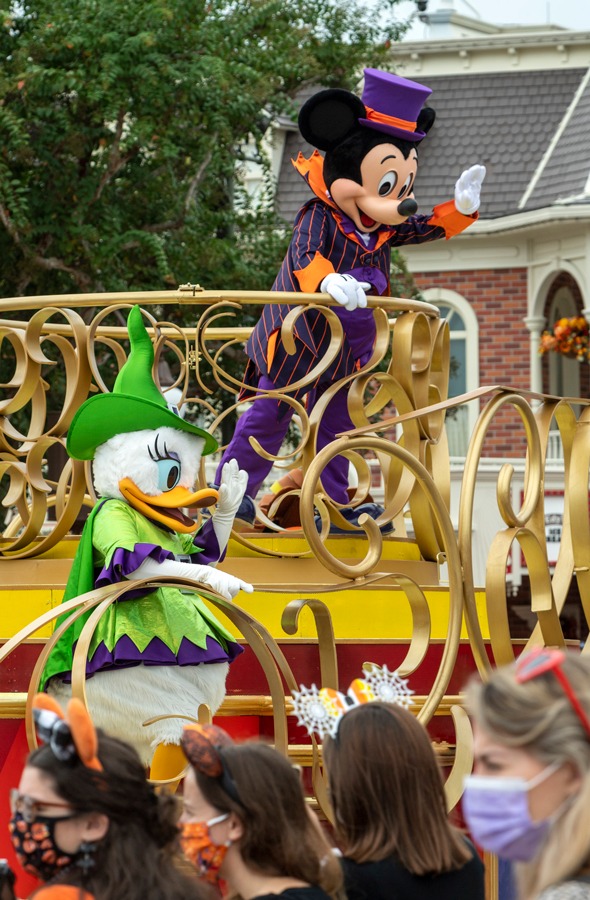 With just a few sunsets until Halloween, we’re ushering in the night with a cauldron of costumed friends stepping out in their “haunt-couture” at Disney destinations around the world!

Whether it’s Mickey Mouse in a cape reminiscent of winged creatures found in the belfries of the Haunted Mansion at Walt Disney World Resort or Donald Duck in a “gourd-geous” pumpkin-inspired costume at Aulani, A Disney Resort & Spa – Disney’s costumed friends are dreadfully delightful this time of year.

Tonight, our friends from across the globe have unearthed some not-so-frightful styles of the season to end your day.  Take a look at some Monday night “Costumed” magic:

Our look at costumed friends begins at the Walt Disney World Resort where Mickey Mouse and friends – and some favorite villains – are glowing and ghastly for Halloween.

For any “poor unfortunate souls” who didn’t know, Ursula and other Disney Villains can be seen lurking at Disneyland Paris this time of year – offering a screamingly good time!

Also at Disneyland Paris, Minnie Mouse was photographed in her most-colorful autumn attire!

Mickey Mouse and an eerily awesome Goofy dressed as a mummy were captured during an enchanting night aboard a Disney Cruise ship.

And a variety of spooky scallywags, rebellious rapscallions and bewitching buccaneers scare in style at Shanghai Disneyland Resort.

We hope you enjoyed this special series of costumed friends to end your day.  Be sure to check back for more Disney Halloween surprises by visiting our new “Everything Halloween” page.