Today, November 14th marks 10 years since the world premiere of Tangled at the El Capitan Theatre in Los Angeles.  Here are 11 things you may or may not know from the film that we shared a few years ago and thought it was a great time to share again…

Rapunzel inspires us to go out into the world and learn new things every day, so why not learn something about Tangled? We’ve gathered 11 awesome Tangled facts that will make you feel like you feel like you’re leaving your tower for the first time.

It was also Disney’s 50th animated feature. No pressure or anything.

2. The director of Tangled, Nathan Greno, began his Disney career as an inbetween artist for Mushu in Mulan.

3. Artists were inspired by the real world when designing Rapunzel’s world.

4. Early designs for Pascal were purple and blue.

Eventually the artists settled on green because it looked best with Rapunzel’s hair and clothes. (Pascal was also almost a squirrel. Nuts right?)

Much of this inspiration comes from “shape language,” which is so subtle that you might not even notice it. Even though it isn’t obvious, it gives Tangled the fairytale feeling we love from other Disney classics.

6. There’s a family resemblance between Rapunzel and her parents.

Okay, this one seems pretty obvious. For the audience to instantly know that the King and Queen are Rapunzel’s mom and dad they should look alike. Unlike normal families, Rapunzel came first and her parents were designed after her. Technically it would be wrong to say she looks like her parents—her parents look like her.

Story artist John Ripa came up with the idea to have lanterns instead. The team called ameeting to show John Lasseter the idea, thinking they would show him something amazing that he had never seen before. Turns out that John and his wife lit a lantern together on their anniversary while visiting Bora Bora. So much for a surprise… but he loved it!

8. Details from the castle are duplicated in the surrounding village.

Artists wanted to make sure that there wasn’t a huge disconnect between the king and his people. They used shapes and architectural detail to do this. However, they did want the castle to stand out in terms of scale, so all the buildings in the village are three stories or less.

9. One particular meeting was instrumental to the smoldering success of Tangled.

During this meeting, women from the studio brought in pictures of male actors and celebrities they found attractive. A very serious discussion followed as to what made these men… ahem… hot. From that day forth the meeting was referred to as the “Hot GuyMeeting.” Thanks to their tireless efforts and discussions, we can all gaze into the beautifully crafted face of Flynn Rider.

10. Tangled was almost a satire.

Glen Keane (character animator of Ariel, Beast, Pocahontas, and Tarzan), who had originally pitched the idea, wanted it to be a sincere fairy tale. When there was talk of taking a satirical approach to “Rapunzel” and titling it “Rapunzel Unbraided” Glen said, “I can’t do this kind of movie. This has to switch back, or else I can’t do it.” It switched back. He did it. Joy resulted.

11. The development of Tangled took forever.

Foooorrrreeevverrr! Well, since about 1937. “Rapunzel” was originally one of the stories that was considered and then rejected during a frenzy of post-Snow White and the SevenDwarfs concept development.  Other stories that were explored were Alice in Wonderland,Cinderella, Peter Pan, The Little Mermaid, and Beauty and the Beast.

Now that you’re totally wrapped up in these Tangled facts…

… you should see how well you know the songs from Tangled and share your newfound knowledge with all your friends! 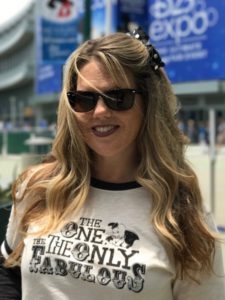 Disney100 Kicks Off with the Wonder of Mickey and Minnie!

Take a Peek at these Loungefly Backpacks for SDCC!

Find Your #HappyPlace: Express Your Individual Style with Character Couture

Disney: NBA Experience will not reopen