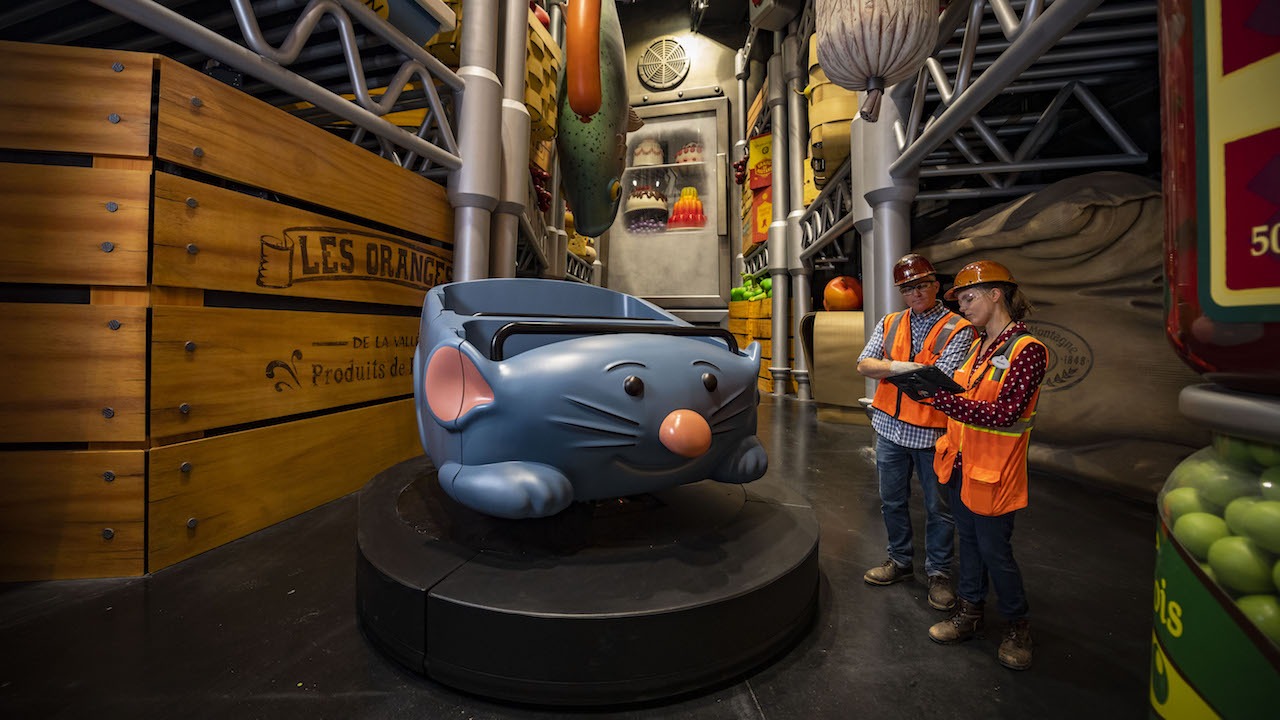 Live entertainment and the premiere of Remy’s Ratatouille Adventure attraction had both been indefinitely put on hold at Walt Disney World. However, per a new statement from chairman of Disney Parks, Josh D’Amaro, both could be seeing a return. When, you ask? Well, we’re not completely sure.

As we all know, the pandemic has put the Central Florida theme park resort through many obstacles. One major being the laying off of over 18,000 employees in its theme parks division. Although, it seems D’Amaro was optimistic on Monday when speaking virtually at the nation’s largest theme park expo, IAAPA Expo Virtual Education Conference.

During the conference, D’Amaro revealed Remy’s Ratatouille Adventure at Epcot’s French pavilion will open next year. The attraction has been sitting in the pavilion for the past several months closed. From its exterior, the attraction seems complete but it’s not known for sure. The company hadn’t talked publicly about the ride’s status in quite a while prior to D’Amaro’s speech on Monday.

Additionally, D’Amaro also gave a special look at Epcot’s other upcoming attraction at the conference: Guardians of the Galaxy: Cosmic Rewind. Specifically, the chairman played footage of the attraction in action, showing its ride vehicles rotating in different directions while moving around its track.

Another highlight from the presentation included an all-new look at the cabins coming to the Stars Wars hotel.

As for live entertainment, it’s been reported that D’Amaro touched on the subject by stating that the company had plans to bring back live entertainment. However, D’Amaro did not reveal any specific plans to do so nor did he discuss a possible timeline or date of which guests to the Disney Parks can expect to see the return of beloved favorites like Festival of the Lion King at Disney’s Animal Kingdom or any of the nighttime fireworks shows found throughout the four Walt Disney World parks.

Are you excited for the premiere of Remy’s Ratatouille Adventure at Epcot next year? Let us know in the comments!