From the Walt Disney World News and written by: gabriel.m.gibaldi@disney.com

ABC serves up an extra helping of holiday magic this Thanksgiving with a nostalgic fifth anniversary edition of “The Wonderful World of Disney: Magical Holiday Celebration,” THURSDAY, NOV. 26(9:00-11:00 p.m. EST). Original hosts Derek and Julianne Hough return, kicking off the night with a glittering new holiday performance, while Trevor Jackson (Freeform’s “grown-ish”) hosts from Walt Disney World Resort in Florida. Together, they will take viewers on a wintry ride through fan-favorite performances and new heartwarming family moments. Viewers will also get a brand-new sneak peek into Remy’s Ratatouille Adventure coming in 2021 to EPCOT in Florida.

In addition to magical holiday moments, viewers will also get a sneak peek at Disney and Pixar’s all-new feature film “Soul,” before it becomes available exclusively on Disney+ (where Disney+ is available) beginning Dec. 25, 2020. Featuring the voices of Jamie Foxx and Tina Fey, “Soul” introduces a middle-school band teacher who teams up with a sarcastic new soul on a mission to figure out exactly what makes life worth living.

The holiday special is a collaboration by Disney Parks, ABC Entertainment and Endeavor Content’s Film 45.

About Disney Parks, Experiences and Products

Disney Parks, Experiences and Products brings the magic of The Walt Disney Company’s powerful brands and franchises — including Disney, Pixar, Marvel, Star Wars, ESPN, Twentieth Century Studios and National Geographic — into the daily lives of families and fans around the world to create magical memories that last a lifetime.

When Walt Disney opened Disneyland in Anaheim, California, on July 17, 1955, he created a unique destination built around storytelling and immersive experiences, ushering in a new era of family entertainment. More than 60 years later, Disney has grown into one of the world’s leading providers of family travel and leisure experiences, with iconic businesses including six resort destinations with 12 theme parks and 53 resorts in the United States, Europe and Asia with more than 170,000 cast members; a top-rated cruise line with four ships and plans for three more to be completed in 2021, 2022 and 2023; a luxurious family beach resort in Hawaii; a popular vacation ownership program; and an award-winning guided family adventure business. Disney Imagineers are the creative force behind Disney theme parks, resort hotels and cruise ships globally.

ABC programming can also be viewed on demand and on Hulu.

*COPYRIGHT ©2020 American Broadcasting Companies, Inc. All photography is copyrighted material and is for editorial use only. Images are not to be archived, altered, duplicated, resold, retransmitted or used for any other purposes without written permission of ABC. Images are distributed to the press in order to publicize current programming. Any other usage must be licensed. Photos posted for Web use must be at the low resolution of 72dpi, no larger than 2×3 in size. 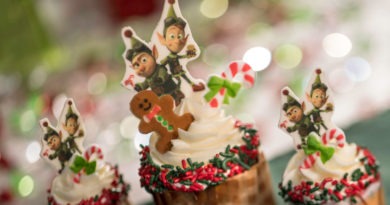 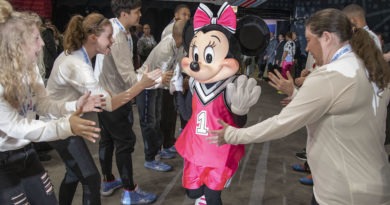 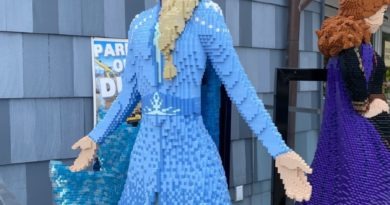