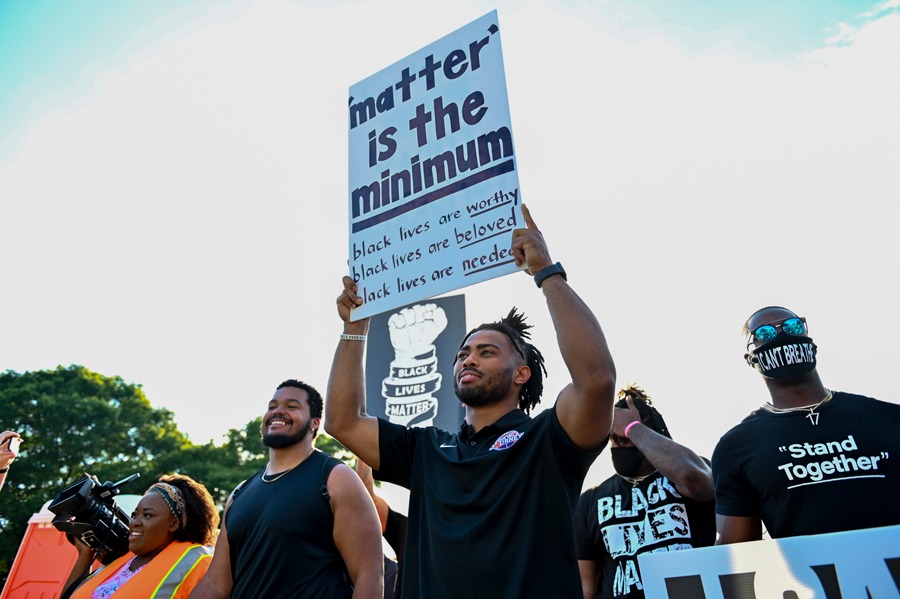 From the Disney Parks Blog and written by: Jacqueline Logan

For Clemson University running back Darien Rencher, yesterday’s football practice started out like any other. That is until Clemson head coach Dabo Swinney pulled Darien aside for a special surprise.

During an emotional moment between player and coach, Swinney revealed to Darien that he has been chosen to receive this year’s Disney Spirit Award. The recognition is presented annually to the most inspirational figure in college football.

Darien demonstrated leadership amid college football’s push to overcome social injustice and the coronavirus pandemic. Working alongside some of the sport’s biggest stars, Darien was one of the early voices that sparked a national movement to promote safe play during the 2020 season. He has also long been a vocal advocate for improving the lives of those in the African-American community, and was a key organizer of a peaceful campus march by the football program in support of social justice.

Watch the video to see Darien’s memorable reaction to the news.

Disney Sports Vice President Faron Kelley will present Darien with the Disney Spirit Award live on ESPN during a virtual broadcast of The Home Depot College Football Awards show on Jan. 7, 2021 at 7 pm ET. Make sure to tune in on your local ESPN station or the ESPN app to learn more about Darien Rencher’s amazing story.