The post, found below, can be seen on Rohde’s official Instagram account @joerohde. The goodbye features an image of Rohde with his wife and two sons and a caption discussing his time with the company and some of the projects he plans to work on post Disney. 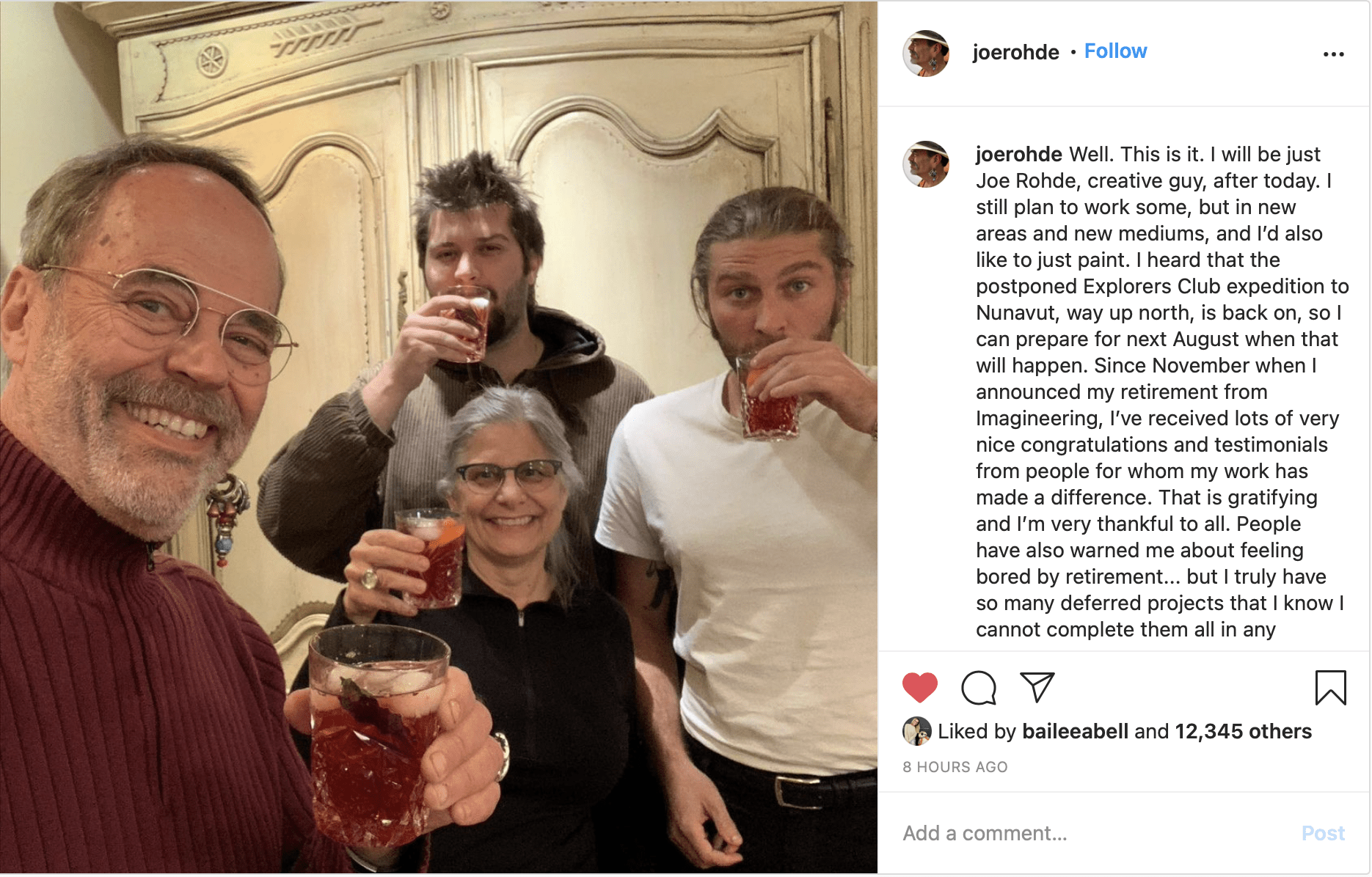 Rohde first announced his retirement from The Walt Disney Company in November of 2020.

Well. This is it. I will be just Joe Rohde, creative guy, after today. I still plan to work some, but in new areas and new mediums, and I’d also like to just paint. I heard that the postponed Explorers Club expedition to Nunavut, way up north, is back on, so I can prepare for next August when that will happen. Since November when I announced my retirement from Imagineering, I’ve received lots of very nice congratulations and testimonials from people for whom my work has made a difference. That is gratifying and I’m very thankful to all. People have also warned me about feeling bored by retirement… but I truly have so many deferred projects that I know I cannot complete them all in any rational amount of time I may have. Books. Paintings. Sculptures. Plays. Chores. Expeditions, and time to spend with my wife Melody, whom I met when we were still in school and who has been with me through all of this huge adventure…and with my boys, now grown young men starting their own careers. As much as I have enjoyed my work, and the joy it has brought to so many…my family has always been my first and greatest love. Last night we all got together (only one lives off the Rohde campus right now) we raised our glasses and toasted. .. “Here’s to forty years.”

What are your thoughts on Joe Rohde officially retiring from the Walt Disney Company? Let us know in the comments!

#DisneyMagicMoments: Learn How to Create a Pollinator Garden for Your Home from Walt Disney World Expert

All the Resort’s a Stage! Live Shows and Performers Make Disneyland Resort an Entertaining Experience All Day and Night