Avengers fans–it’s time to start planning your next vacation to Disneyland as the theme park resort has confirmed 2021 is the year for the opening of its Marvel’s Avengers Campus at Disney California Adventure park!

The news was confirmed in a recent email to members of the D23 Disney fan club, according to a new report by OC Register. The update comes as the theme park continues to sit vacant due to its closure on account of the current COVID-19 pandemic, which has kept both Disneyland theme parks closed for the past 10-months.

Upon its opening in 2021, Marvel’s Avengers Campus will allow guests to explore a land created for the next generation of super heroes! The themed area will feature an all-new attraction themed after Spider-Man, which will allow guests to go on a web-slinging adventure. 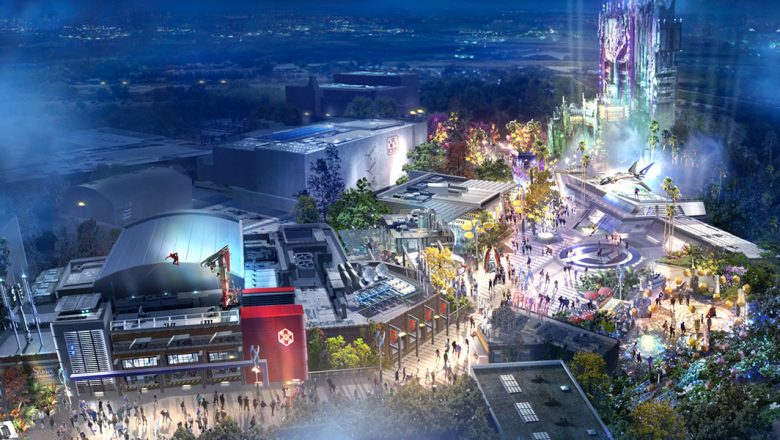 Here is Disney’s official synopsis of the new Spider-Man attraction, per the Disney website:

Embark on an action-packed adventure alongside the amazing Spider-Man! When Peter Parker’s helpful but otherwise buggy Spider-Bots get stuck in replication mode and escape from a WEB Workshop, Spider-Man must stop the rampaging robots before they wreak total techno-havoc across Avengers Campus. Problem is, they’re rapidly leveling up and becoming tough to beat!

Your task? Hop aboard a WEB Slinger vehicle and help weave a frenzied web to trap these friendly neighborhood sidekicks in true Spidey style. It’s up to you to unleash your inner hero and save the Campus from complete chaos!

The land will also premiere Sanctum, where guests will get to explore the ruins of a mysterious ancient underground and learn the site’s secrets from Doctor Strange. This is in addition to Avengers Headquarters, where visitors will get to watch earth’s mightiest heroes spring into action to defend the Avengers command center!

The land will also include Guardians of the Galaxy – Mission: Breakout!, which first premiered at Disney California Adventure in 2017 after the former attraction, The Twilight Zone Tower of Terror, was remodeled into the Avengers-themed ride.

Do you plan to visit Disney California Adventure in 2021 following the premiere of Marvel’s Avengers Campus? Let us know in the comments!