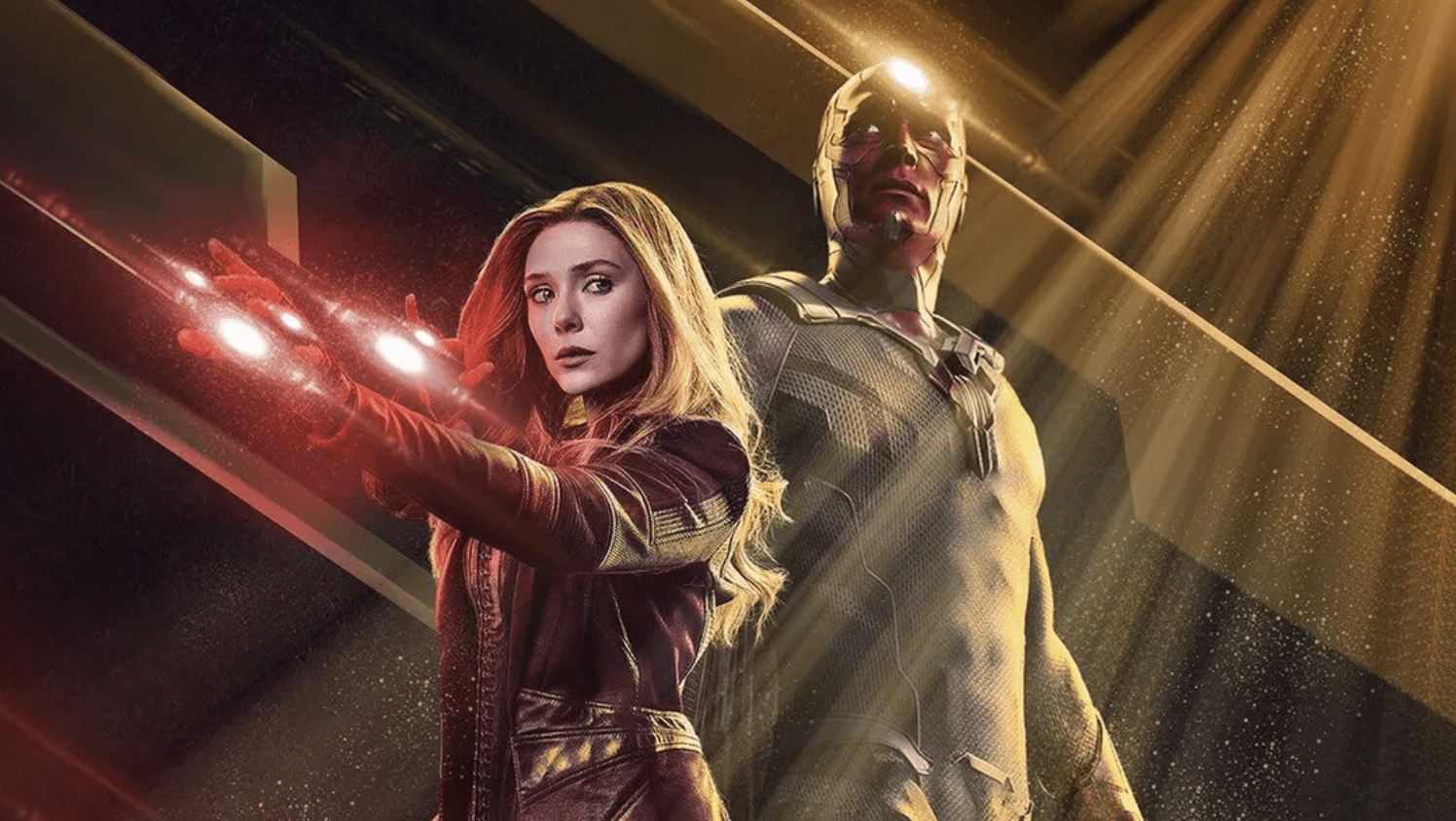 Last week, the highly anticipated Disney+ show WandaVision made it’s debut and I for one am excited to see where this series is going to go.  I fully realize that not everyone watching knows the comics and MCU in depth enough to really understand who’s who in the show.  I thought maybe a quick bio of each character we have met so far might help some out there watching and wondering.  Let’s meet the characters! We will start with the main ones first.

Wanda Maximoff and Vision are really intertwined, so the first part will be about them.  We first saw Wanda in Captain America: The Winter Soldier during the end credits and then again in Avengers: Age of Ultron.   Age of Ultron is also the film where Vision is essentially born.   In the comics, Wanda is the daughter of the X-Men antagonist Magneto.  At the time of her introduction, Disney didn’t own the rights to the X-Men so their was no mention of it, they do own them now so we will wait to see if that ever plays out.  The reason I mention this is that the series is taking a lot of hints from the comics and it’s unknown if this will ever be brought up.  But if it is, you heard it here first.  Vision turned into the physical form of the A.I. that Tony Stark uses known as J.A.R.V.I.S. They put J.A.R.V.I.S. into the body upgrade that Ultron created for himself that would be powered by the Mind Stone.  In the film, it was also the Mind Stone that Hydra used to give Wanda her powers, so they were destined for one another from the beginning because of their connection with the stone.

Wanda is against the Avengers and on the side of Ultron in the film Age of Ultron, but by the end becomes an Avenger and fights along side them.  It was her actions at the beginning of Captain America: Civil War that lead to the battle within the Avengers and the signing or not signing of the Sokovia Accords. Her and Vision had grown closer before Civil War as they both lived at the Avengers Compound.  We next see them in the film Avengers: Infinity War.  This is the first time we see them spending time together, talking about their relationship.  Much of Wanda’s time in Infinity War was spent protecting Vision from the Black Order and Thanos that wanted the Mind Stone that was planted in his head.  Vision, realizing that the stone needed to be destroyed to stop Thanos, asks Wanda to help him.  She is the only one powerful enough to destroy the stone and essentially putting an end to Vision.  Vision made the sacrifice to end his life in order to save everyone else.  Sadly, just when she finally does it, Thanos shows up, reverses time to bring the stone and Vision back so he can rip it from his head, killing him a second time.  In Avengers: Endgame, Wanda seeks her revenge for taking everything from her in the final battle against Thanos where she really let out her rage on the Titan.  While she was destroying him, he had his troops reign fire because he knew she was going to beat him.  We saw her at the end of the film talking to Hawkeye about the ones they lost (Black Widow and Vision) and how Hawkeye wished they new the Avengers won and Wanda says they do, both of them.  This was the last time we saw her till the first episode of WandaVision. 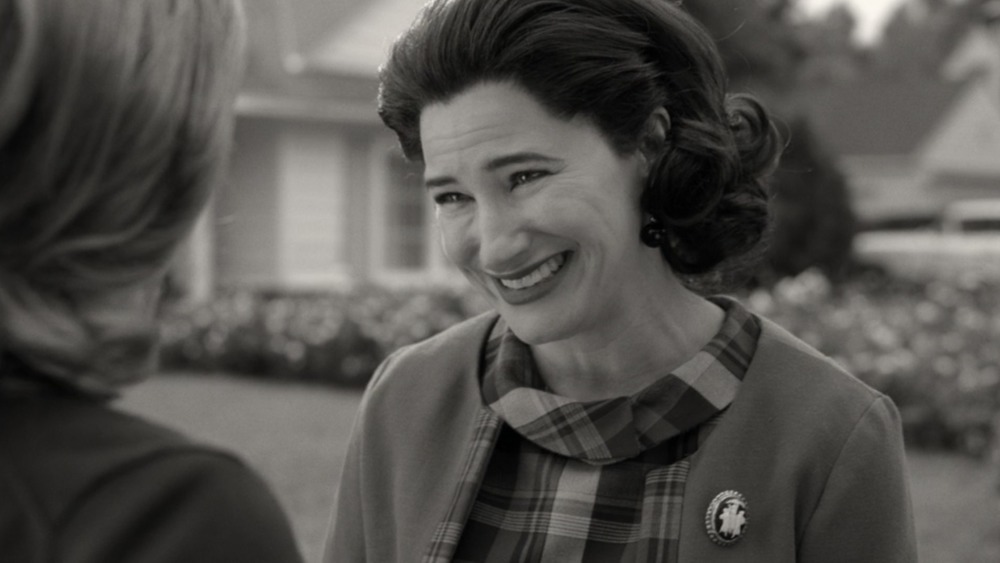 The next character we met in Episode 1 is Agnes the neighborhood busybody.  She knows everyone and their business and makes many jokes about her husband Ralph, whom we haven’t seen yet.  She really questions Wanda about her and Vision’s relationship and we’re not sure if she was doing this to be in the know or if there were other motives.  The reason I say that, there’s some evidence that suggests Agnes is actually Agatha Harkness, an evil witch that’s had a few run-ins with Wanda in the comics.  While she’s not one of the characters we need to worry about or I ne of the “big” villains, it’s still something to watch.

The first episode also introduced us to Mr. and Mrs. Heart, Vision’s boss and his wife.  Their dinner party at the Visions house is the basis for the entire first episode.  We don’t know a lot about the couple.  Mr. Heart is a tough boss and expects things a certain way.  While at dinner, he really presses Wanda and Vision for details of their relationship and you can tell it’s bothering Wanda.  Mr. Heart starts to choke while his wife laughs and tells him to stop over and over as she starts to worry.  Wanda and Vision watch till Wanda tells Vision to “help him” where Vision then removes the food from Mr. Hearts throat and then the couple decided to leave.  At this time, Mr. Heart tells Vision they will talk about his promotion at work, so the dinner went well. 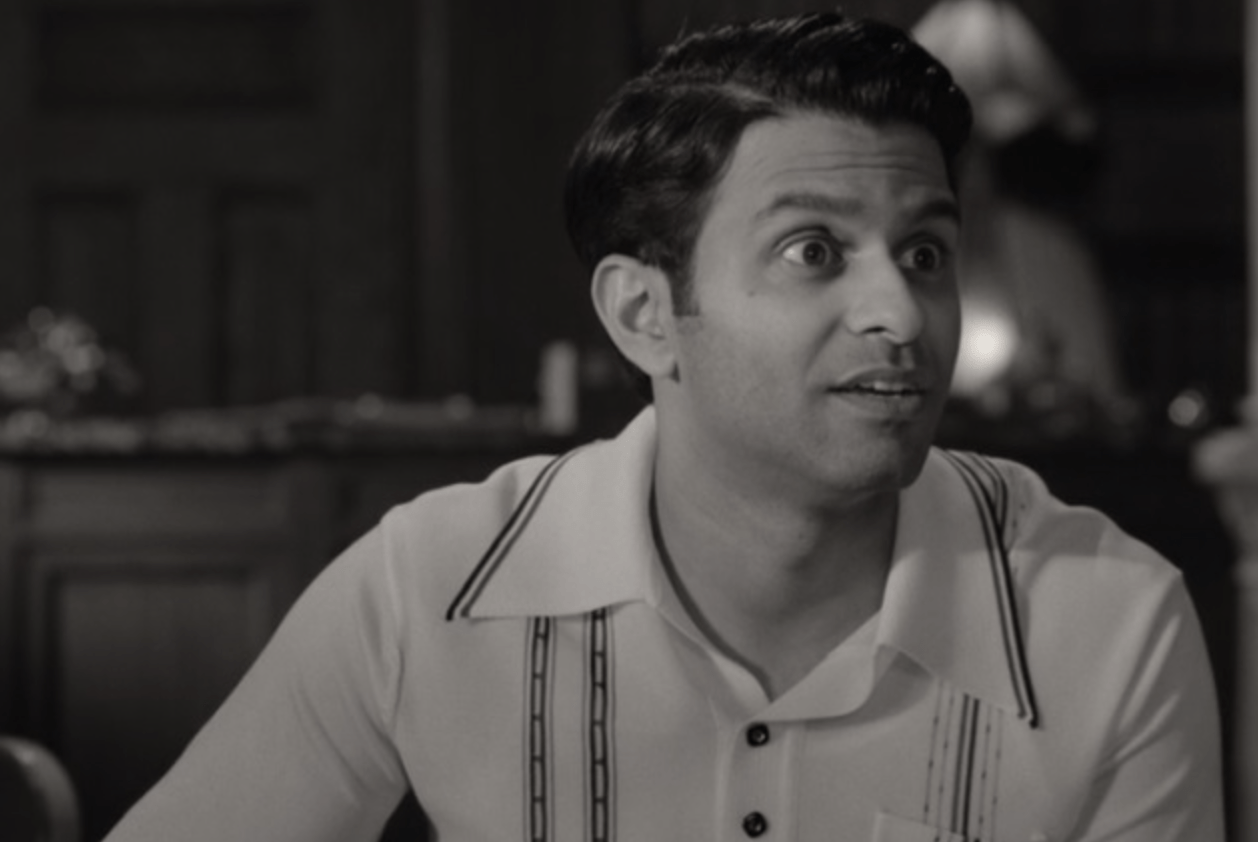 We also met Norm in the first episode.  He is a co-worker of Visions at the Computational Services, Inc. and we find out in the 2nd episode a member of the neighborhood watch.  We honestly don’t know anymore about him at this point.  At the Neighborhood Watch meeting, Vision claims that Norm’s a Communist, but the other men take it as a funny joke.  So it’s unclear whether Vision meant it or not. 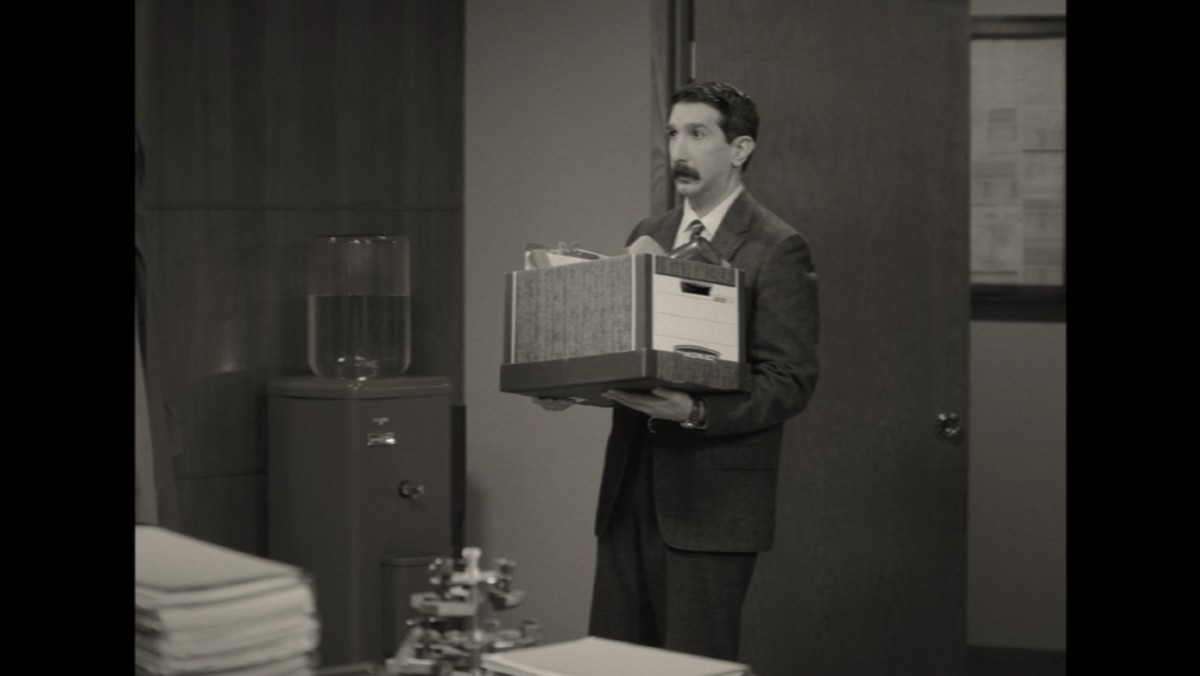 While at Vision’s work in the first episode, we see Phil Jones as he has just been fired for not throwing a good dinner party. Phil is married to Dottie who we will meet in episode 2.  He has been the butt of many jokes so far in the series.

The last character we see in the first episode is Dennis the Mailman.  He is just part of the town and Agnes of course knows and talks with him. 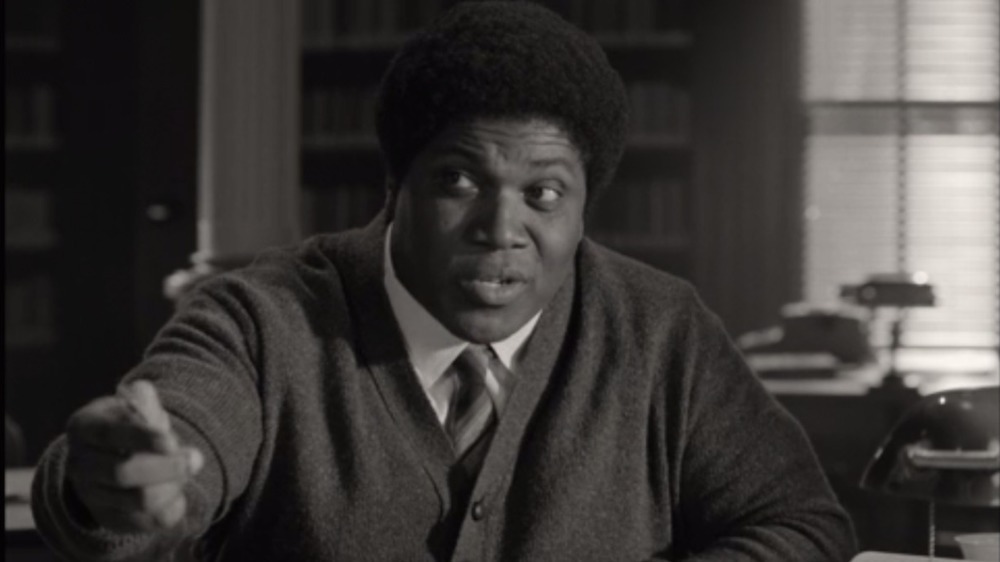 In episode 2, we meet more of the town residents.  We met Herb who is the leader of the neighborhood watch and the one to give gum to Vision which caused him to have issues throughout the episode.  He also was a part of Wanda and Visions magic act later in the episode with a card trick. 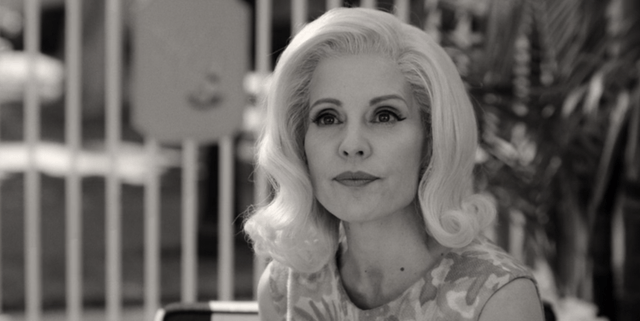 There was a community meeting about the talent show and the leader is Dottie who is Phil’s wife.   Dottie is the person you don’t want to cross in the neighborhood.  She knows she is in charge of everything and everyone wants to be like her.  She suspects something with Wanda and Vision but by the end of the episode she gives them an award for best act at the talent show. 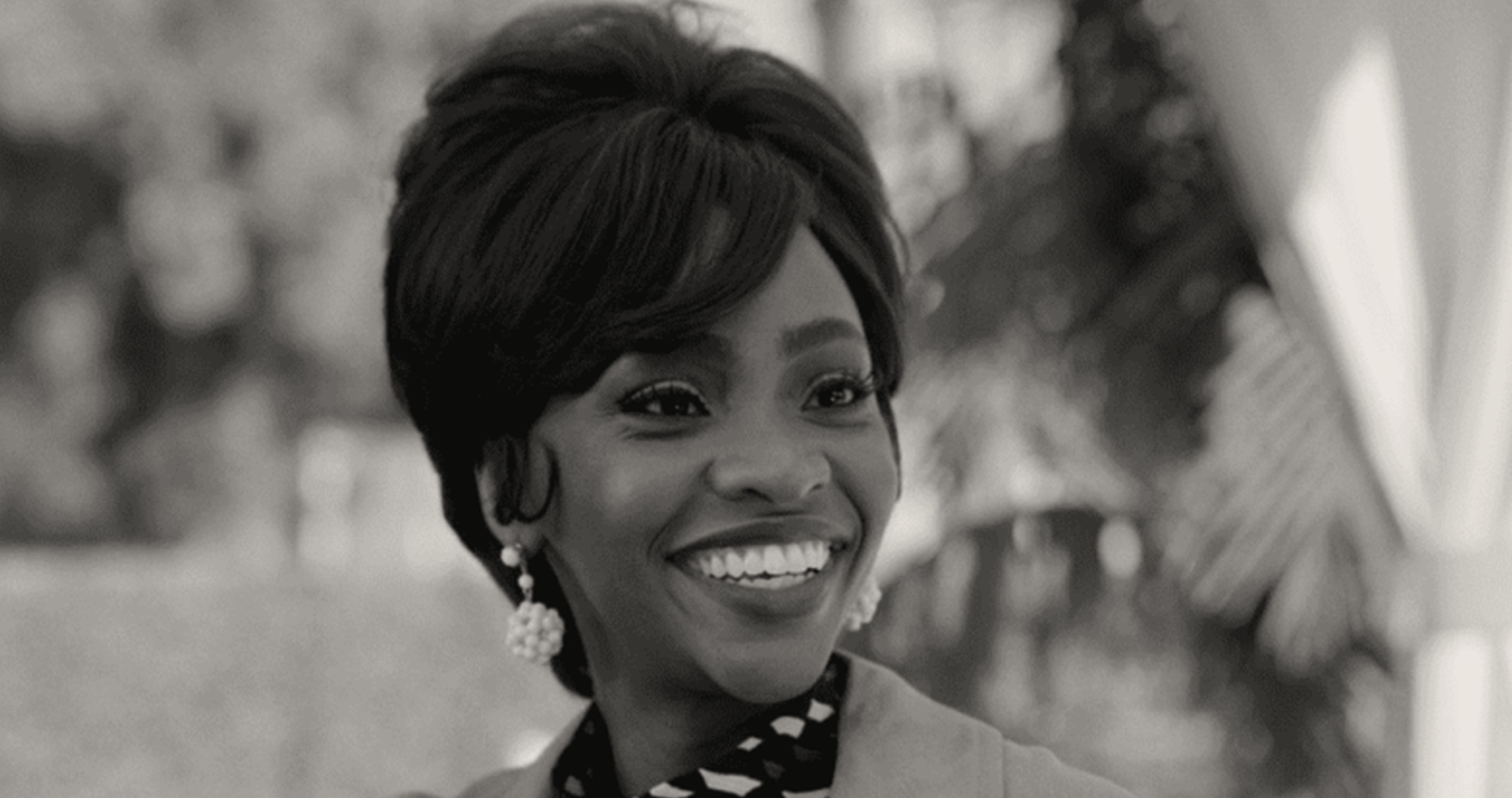 At the planning committee meeting, Wanda meets Geraldine.  Geraldine admits to Wanda she doesn’t even know why she’s at the meeting which implies she’s unsure of her role in this alternate universe.  She also helps them in the final magic trick of their performance at the talent show.  Fans of Marvel should know that Geraldine is actually Monica Rambeau, the daughter of Maria Rambeau who is Carol Danvers (Captain Marvel’s) best friend.  Monica is a superhero herself in the comics but in WandaVision it appears she’s an agent for S.W.O.R.D. the organization that is trying to help Wanda escape her new home. 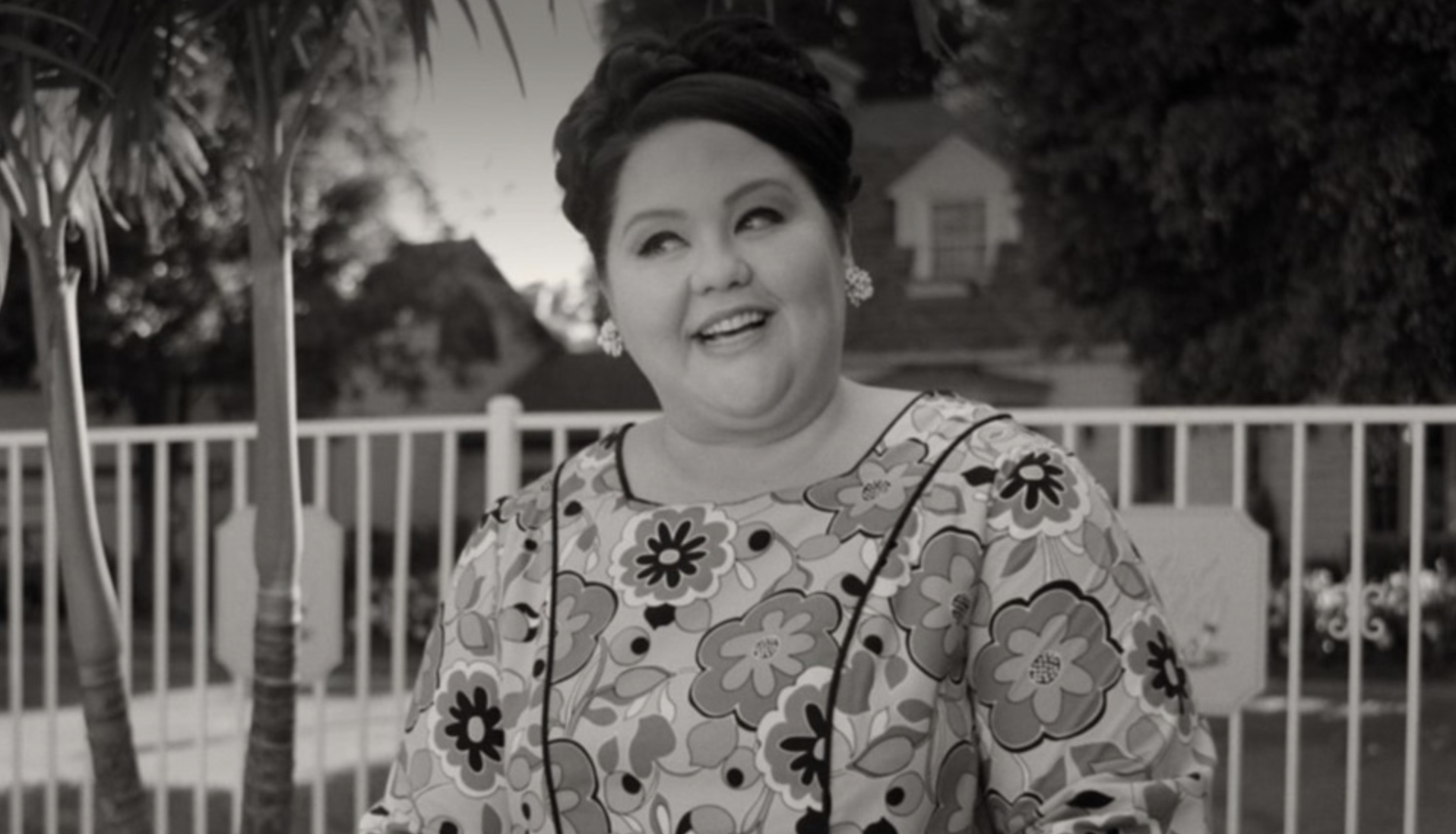 The last character we have met is Beverly who is another one of the housewives on the Planning Committee. She seems very nice but Dottie seems to always belittle what she says and does.  It doesn’t appear that the others on the committee have any issues with Beverly, as Agnes offers her a drink from her flask to make dealing with Dottie a bit easier.

Well, that is all the characters we have met so far.  We have also seen someone that is watching Wanda in this new universe and we saw the bee keeper come out of the sewer.  In the coming weeks of WandaVision episodes, we know Jimmy Woo from Ant-Man and the Wasp movie and also Darcy Lewis from the first 2 Thor films will be joining the series.  There are also a lot of little Easter eggs pointing to other characters. It’s very possible the bee keeper is actually the Marvel villain Swarm. There are also references that point to Grim Reaper and the Beyonder, in addition to evil organizations (namely, Hydra and AIM) that have appeared in the MCU before. Most notably, the show seems to be laying the groundwork for Mephisto.  Such as when Vision accidentally swallows some gum and Wanda and Vision’s neighbor Dottie Jones remarks that “the devil’s in the details.” These hints are especially intriguing since the Loki trailer similarly seemed to tease the cosmic villain’s imminent arrival in the MCU.  Whatever is on the horizon, I am truly excited to see how it all plays out.  Episode 3 of WandaVision will be out Friday, January 22, 2021 on Disney+. Will you be watching? 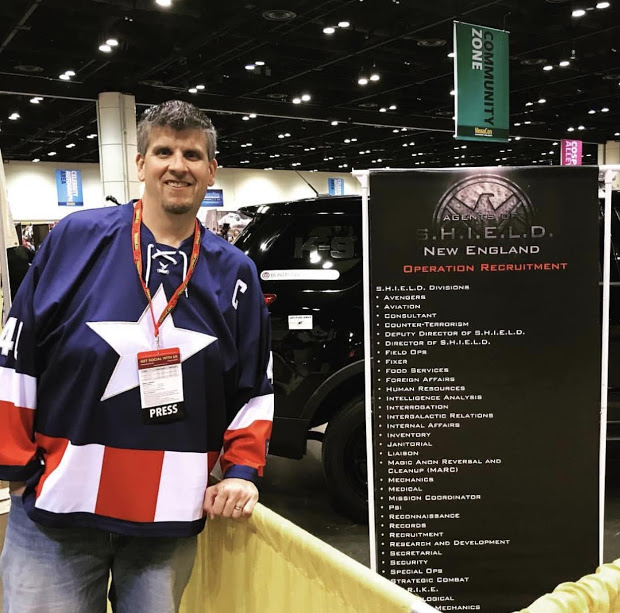