According to a new report from CNN, a Walt Disney World employee who took a call from a woman in Pennsylvania looking to book tickets to the Florida resort alerted police in central Pennsylvania that the woman may be dealing with a domestic violence situation at her home, police said.

Per an affidavit from the York County Magisterial District Court, during the call, the Disney employee heard the woman scream “get off me” and “get away from me.”

According to the affidavit, the employee “became concerned and sensed something was off” when the woman started only answering “yes” or “no” questions and wouldn’t go into detail about her current situation.

The affidavit says the Disney employee then asked the woman if she needed law enforcement to come to her home and if someone was hurting her, to which the woman responded “yes” to both questions.

The cast member then called York County 911 and explained the woman’s situation, which prompted police to respond to the woman’s home in Dover Township, Pennsylvania, according to the Affidavit. 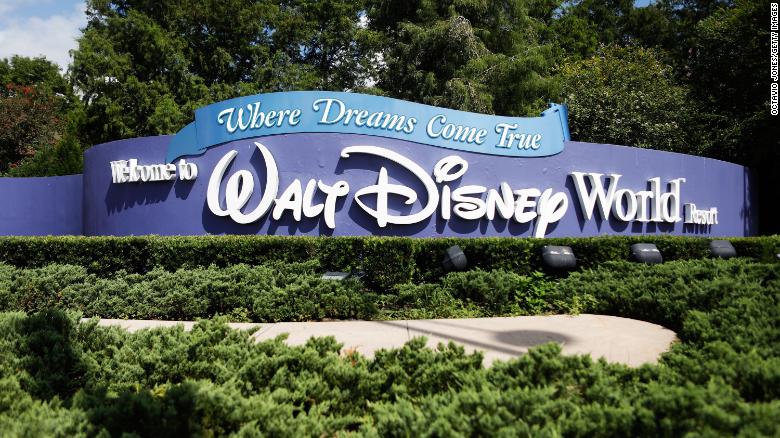 She told police that she and 38-year-old Shiflett were arguing over him getting “a real job.” Shiflett told the woman he had recently got a job selling fire extinguishers to which the woman told him “that’s not a realistic job” and “if he wanted to be with her, he needed a real job,” the affidavit reads.

According to the affidavit, the woman told police that Shiflett then grabbed her and began to choke her, telling her “you need to learn to keep your ****** mouth shut,” and “I’ll ******* kill you.” He also called her a few other choice words and choked her three separate times. The woman told police that one of the times Shiflett choked her to the point that she couldn’t breathe, and she felt like she was going to die.

The woman told police she slapped Shiflett in self-defense and he slapped her back and admitted to choking her, the affidavit said. A background check run by Northern York County Regional Police conducted for Shiflett produced an active warrant for his arrest for theft. He was immediately taken into custody, according to the affidavit.

Shiflett was arrested on January 10, charged with simple assault, along with making terroristic threats, harassment and one count of strangulation. His initial court appearance occurred January 19 and he is being held on $20,000 bail, according to court documents filed in York County Magisterial District Court.

What are your thoughts on this courageous cast member’s decision to call police to help this victim of domestic violence?? Let us know in the comments!