Clip for Episode 4 of WandaVision Brings In More Characters

Clip for Episode 4 of WandaVision Brings In More Characters

Everything is about to change. Experience a new episode of Marvel Studios’ “WandaVision” tomorrow on Disney+.

That is the statement that is posted on the Marvel’s YouTube Channel with a video clip from tomorrows WandaVision episode #4.

We see Geraldine walking toward Westview.  If you recall, last week she was thrown out of the town by Wanda after asking too many questions and making Wanda realize things weren’t exactly right with her.  We also now have confirmation Geraldine is Monica Rambeau who is a Captain in S.W.O.R.D.  She encounters a force field that is surrounding Westview.  For those that don’t know, S.W.O.R.D. stands for Sentient Weapon Observation and Response Division.  They are an intelligence division whose purpose is to deal with extraterrestrial threats to world security and are the space-based counterpart of S.H.I.E.L.D. in the comics.  We will see if they have that same role in the Marvel Cinematic Universe.

Behind Captain Rambeau is Jimmy Woo, who you may remember from Ant-Man and the Wasp.  After touching the force field, it appears there is a S.W.O.R.D. compound and we see some clips of previous episodes.  We now know it was Jimmy Woo speaking to Wanda through the radio in episode 2.  Next, we see Darcy Lewis (Kat Dennings), and it appears she is the one that has been watching the monitor of the show WandaVision as things unfold.  You may remember her from the first 2 Thor films as Jane Foster’s assistant.  She is now working for S.W.O.R.D.   The camera then shows some pictures of the different characters we have met in Westview and what looks like a profile on each person.  Notice some have their drivers license attached, which would imply they have been identified by S.W.O.R.D.  Agnes does not have her license attached to her profile and I don’t see Dottie at all.  Also, the mailman is missing, but I don’t think that means anything with his character. 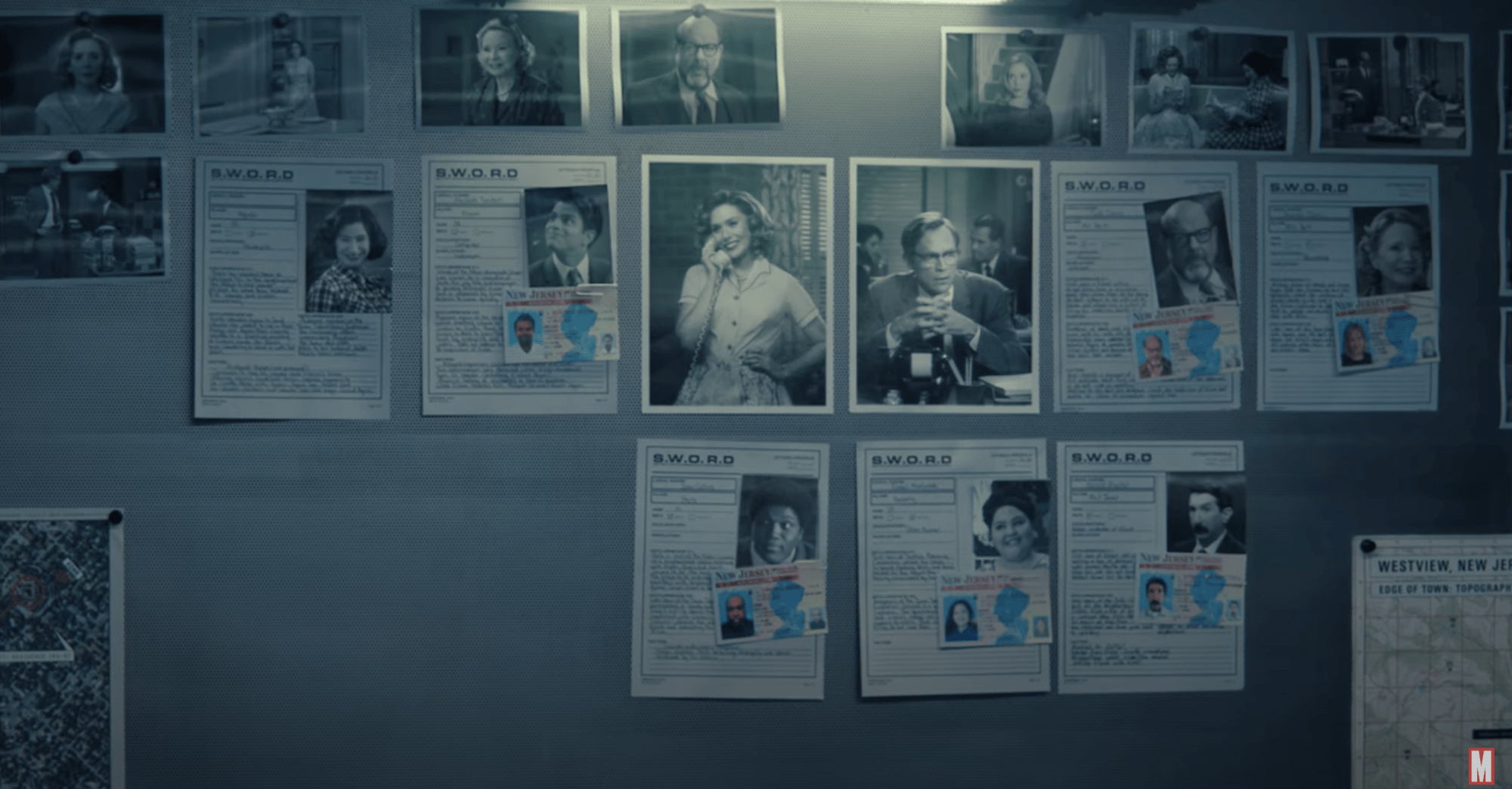 Whatever all this is leading up to, tomorrow seems like it’s going to be a great episode and I can’t wait.  WandaVision episode 4 will debut on Disney+ on Friday January 29th, 2021.